Are retailers ready for the EMV deadline? 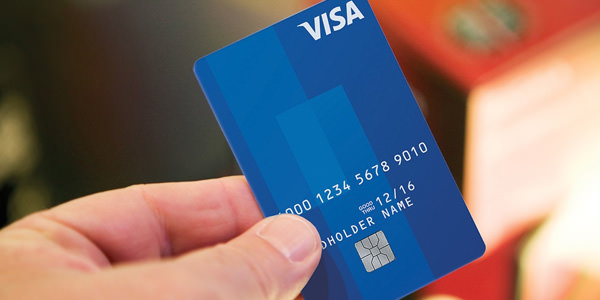 In the midst of the steady stream of press releases and pitches about the Oct. 1 deadline for businesses to be able to accept new EMV (Europay, MasterCard, Visa) credit cards, it occurred to me that I have received a replacement for only one of the cards I carry. Sure, there are still several days to go before the deadline, but the issuers are cutting it kind of close, no?

In the run-up to the deadline, a public debate has been waged through the media between merchants and financial institutions over which party is ready or not for the deadline.

The Retail Industry Leaders Association (RILA) even published a response to the "dubious claims" being made by the financial services industry about retailers’ readiness when it comes to the EMV transition. In particular, RILA cited an article in The San Diego Union Tribune in which Randy Vanderhoof, executive director of the Smart Card Alliance, made what it says are a number of false claims.

Mr. Vanderhoof says that issuers have sent new cards to most holders, but retailers are lagging behind in activating the new terminals needed to accept the payment.

According to RILA, it is the card issuers that are lagging behind. The group cited numbers for Visa showing that only 18 percent of issued cards in July contained the new chip. It also cited the $8 billion investment being made by retailers to accept the new cards. "Most large retailers will have the new terminals up and running this fall," according to the RILA.

Retailers know that liability for fraudulent charges shifts to them on Oct. 1 if the terminals to accept EMV cards are not operating. Banks that do not issue the cards on time will have the same issue.

It’s in the interest of all parties to get up to speed with the new cards and technology needed to accept them. EMV cards bring with them a greater degree of protection against theft, particularly against counterfeit cards make when thieves steal a person’s card and then duplicate it.

Have you seen evidence that retailers are ready for the Oct. 1 EMV deadline? What challenges will merchants face accepting this new form of payment?

Please practice The RetailWire Golden Rule when submitting your comments.
Braintrust
"I am waiting for the day that I am in a restaurant and they bring the credit card machine to me, like in Europe, rather than take the card out of my hands, off to some back room to run it. Challenges for retailers: just mindset."

"We’re almost certain to have a big-headline breach this fall. Many CIOs say they’re focused on EMV more than on traditional data security ... it’s going to be interesting to watch."

"The slow movers will be the merchants. Strawhecker estimates only 27% of merchants will be EMV-ready by 10/1. This is down from 34% estimated in March."

13 Comments on "Are retailers ready for the EMV deadline?"

Retailer preparation is sort of irrelevant (although most places seem to have the new readers in place … which is one, but not the only, indicator that they are ready), but it is very, very clear that consumer cards are not fully swapped out.

What it seems like the banks did was swap out cards that are used very frequently. I think. For myself, the ones with chips are the ones that were part of a breach this year. All others remain chipless.

I have also heard anecdotally that Chase Paymentech is not ready. I guess they have a week to finish, but we know how well those last minute implementations can go.

I think the industry has to cross its fingers that there is no major breach in the first three months, because if there is, assigning blame will be a real science project.

I am still looking for an explanation of why the U.S. is so far behind most of the world in this regard. Here we are in late 2015 scrambling to install technology that’s been available for quite some time.

Currently I’m working in the area of software quality and, compared to other nations, the U.S. doesn’t even make the “Best Quality” category; it’s number 19 in the “Good Quality” group. How do things like this happen when we’re supposedly global leaders in technology?

I haven’t seen any retailers with the new machines. On the other hand, all but one of my cards has been replaced. Despite that, I have read that the new system is not quite up to the European system that has been around for more than a decade. I believe we will still have to sign a merchant receipt, rather than enter a pin. I hope I am wrong.

I am waiting for the day that I am in a restaurant and they bring the credit card machine to me, like in Europe, rather than take the card out of my hands, off to some back room to run it.

Not one of my credit cards has a chip. Clearly the banks aren’t in a blinding hurry to be compliant, and, like Paula, I’m hearing that Chase isn’t ready.

Conversations with retailers would indicate that sellers of big-ticket items will be ready, but retailers with low ticket averages aren’t scurrying to comply.

We’re almost certain to have a big-headline breach this fall. Many CIOs say they’re focused on EMV more than on traditional data security … it’s going to be interesting to watch.

Unlike some of the other commenters all of my credit cards have been replaced with ones with a chip. The only card I have that is not chipped is my debit card.

I have found that some but not all retailers I have shopped in have EMV compliant card readers. The one thing all the cards I received lacked is the instructions for their use. This was left to the retailers.

Customers will have to be reeducated — no don’t swipe your card, insert it here, no don’t take it out so quickly, etc. The longer processing time required may push more people to move to some form of mobile payment.

Steve’s comment is absolutely correct. I’ve used my Marriott Visa (which has been chipped for several years) at a Walmart — it definitely takes more time to insert the card (and leave it in place until transaction is completed by cashier) and lines will build … It’s safer but not as simple as swiping. Apple Pay sure seems easier to me.

Based on personal experience only here goes: I’ve had my EMV enabled cards for some time. Only two retailers so far have demanded that they be used at checkout. Other retailers have said “just swipe it” when I’ve attempted to use the chip end. Will they automatically change over on Oct. 1 or will there be a big mess of confusion that week? I vote for door number 2.

This is a huge cost to retailers’ businesses on most often slim margins to begin with. I see this driving in-store card fraud to online fraud in a big way. Stay tuned….

If the banks aren’t ready, and they aren’t, how in the world can any other business be ready?

My experience has been the opposite of Paula’s: cards have been replaced in the inverse order of usage; and since they have a strip as well as a chip, I’m not sure this really encourages vendors to upgrade.

And I agree with Steve that time may become an issue—both in the actual transaction process and in “training” people on how to use them—but I’m not sure mobile pay helps much, or at all. Anything that requires codes or keying will take longer than simply swiping a card.

But in answer to the broader question of retailer preparedness…(crickets).

I see new EMV-capable terminals in half or more of the retail and QSR locations I visit, but none have the EMV functionality switched on. I’ve also never seen a gas pump that has been upgraded. Swipe is still king.

It’s become a habit of mine to ask store clerks whether they have been instructed about how to accept the new chip-and-sig or chip-and-pin transactions. I don’t think anyone has ever answered in the affirmative.

So are retailers ready for this? Not here in southern Arizona they ain’t.

The slow movers will be the merchants. Strawhecker estimates only 27% of merchants will be EMV-ready by 10/1. This is down from 34% estimated in March.

The biggest challenge for retailers will be hand-holding (or card-holding) newbie EMV shoppers when they dip their cards.

Studies suggest a 3-6 second delay in the dip versus the swipe—once shoppers know what to do. In advance of that, expect 10-15 seconds or more of fumbling time, which will lead to impatient lunch lines.

The dipped card stays in the terminal while the swiped card is already back in your wallet. So it will “feel” even longer for the shopper on the spot, especially with no feedback from the terminal screen before the successful “beep.”

EMV was designed for fraud prevention. User experience takes a WAY back seat.

My personal observation from where I shop/merchandise is that Target is ready, but Walmart and HEB (large regional grocer) have the new card readers but have not turned on the new EMV feature, still forcing you to swipe. I got my new chip card a couple months ago but my brother, banking at the same bank, has not.

Braintrust
"I am waiting for the day that I am in a restaurant and they bring the credit card machine to me, like in Europe, rather than take the card out of my hands, off to some back room to run it. Challenges for retailers: just mindset."

"We’re almost certain to have a big-headline breach this fall. Many CIOs say they’re focused on EMV more than on traditional data security ... it’s going to be interesting to watch."

"The slow movers will be the merchants. Strawhecker estimates only 27% of merchants will be EMV-ready by 10/1. This is down from 34% estimated in March."