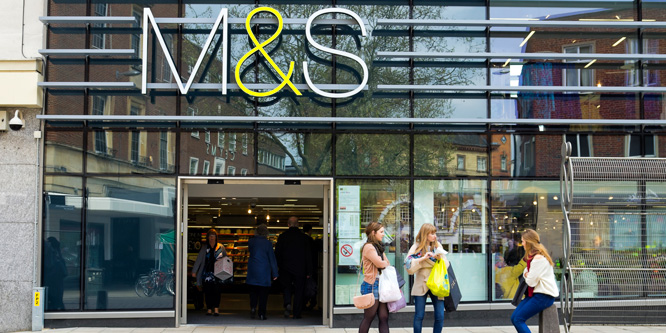 One of the big promises of customer service automation is that it will let retailers move staff away from mundane jobs and into more active, fulfilling, productive and personal positions. British retailer Marks & Spencer just made a move that will put the theory to the test.

M&S is rolling out a cloud-based call-routing solution that replaces the company’s legacy switchboard. As a result, the company will move more than 100 switchboard employees into customer-facing roles in stores.

The press release did not indicate what type of customer-facing roles the former call center staff will be taking on in-store. The success of the initiative will no doubt depend on the skill level of the employees and what training they receive.

The solution Marks & Spencer is rolling out has speech-to-text capabilities and integrates with Google’s DialogFlow to determine the reason for a customer’s call and route it appropriately. The change impacts all 640 of the chain’s stores. The press release did not mention to what extent human staff will continue to answer calls after they are routed or if some or all will be handled by chatbot.

The implementation of the customer service solution comes in the midst of a broader restructuring of the chain, which involves a plan to close 100 stores by 2022, according to The Guardian. This month, the chain has closed seven stores, but said it has relocated 86 percent of the affected staff within the business.

The call center is hardly the only space where artificial intelligence-based automation has begun to take hold. And some experts in high places, at least in the U.S., are convinced that the AI revolution could have an unprecedented impact on the job market.

Toward the end of the Obama Administration, the White House issued a report indicating that millions in the U.S. could experience job loss and short-term economic hardships due to mass job replacement by automation.

DISCUSSION QUESTIONS: Will M&S’s move successfully show that technological streamlining can free workers up to flourish in more creative roles? How should M&S best leverage its former call center staff?

Please practice The RetailWire Golden Rule when submitting your comments.
Braintrust
"Almost by definition, call center staff should be familiar with M&S’ product line and the ins-and-outs of getting things done to satisfy the customer."

"It is good to see that M&S is looking to retrain and redeploy staff rather than just cutting them. I’m sure for the staff it will be a big change..."

"M&S is seeking to centralize customer information and establish customer identity. This is far more impactful than just routing calls."

11 Comments on "Can AI phone tech free up M&S associates to help customers?"

It’s an excellent speech, but realistically the majority of businesses investing in technology will find ways to cut staff and save money. It’s unfortunate, but too many companies are run by those who look to make every cent they can. Why that thinking is dangerous is because it’s often short-term thinking without thinking through the long-term effects. There is nothing wrong with investing in technology, and any opportunity we can speed up the process as well as offer more convenience through new technology is fantastic. However, the idea that most retailers will use technology to free up staff so they can assist customers is more fantasy than reality. Retailers can do more right now, with all the limitations they have, to have associates interact more with customers — but they don’t. With the proper training and having sufficient staff, a retailer can still have its tasks done while being able to assist customers. Yet they cut staff, and many do not invest in training. So do we really think that technology is going to change… Read more »
4
|
0
-   Share

“Retailers can do more right now, with all the limitations they have, to have associates interact more with customers — but they don’t.” This is so true, Art! It’s surprising that often times it seems retailers are willing to invest in new technology to “support” their associates, rather than spend directly on their associates to support them. There is a difference and it’s missed by many!

This is all well and good, but it does nothing to solve Marks & Spencer’s longstanding core issue: its apparel offer is totally broken. It doesn’t know who to focus on, what they want or how to execute a proper strategy in store. The result is a confusing jumble of product that is hard to shop and fails to inspire. And this has been going on for years.

So by all means, automate processes and move more people to the shop floor. But until M&S puts together a coherent and compelling offer, this will not help the business.

Almost by definition, call center staff should be familiar with M&S’ product line and the ins-and-outs of getting things done to satisfy the customer. While the transition from a cubicle job to the trenches will be a major change for these associates, I would think that it will be more efficient to train call center associates for customer-facing positions than someone fresh off the street.

The debate over automating at least first line or low-level inquiries via AI automation technologies is fading quickly. Chatbot, artificial assistant, or natural language IVR systems (when suitably implemented) can deliver high rates of added value to both consumers and the brands that deploy them. The key and the difficulty is detecting when to do a hand-over to a real human and to do it seamlessly/instantly. So the implied M&S strategy of moving humans to more suitable roles that hopefully leverage their soft skills makes sense for any brand that can execute well.

What could possibly go wrong? Ay-iy-iy.

As Neil observed below, M&S has bigger issues than that. Its products have grown boring.

I can’t figure out why retailers forget that retailing (especially in stores) is a combination of PEOPLE, PRODUCTS and TECHNOLOGY. They seem to get two out of three right at any given point in time. Get all three right, and you’ve got a home run.

AI, used the right way, is a great asset to a company. M&S can use bots and AI to respond to customers’ simple requests, such as changing a shipping address, checking on an order, updating credit card info, etc. The higher-level questions and issues must be managed by a human, or M&S (and any company) will risk frustrating the customer. I like that M&S recognizes that they aren’t trying to eliminate people. They are trying to give their customers a better experience. It’s the balance of AI with the human experience that will be beneficial for both the brand and the customer.

The AI revolution is well and truly ongoing. It is said to bring billions of dollars in savings. Needless to say that companies operating in a cut throat competitive environment will make that move. M&S is not the first nor the last.

The bigger questions indeed are a.) whether or not M&S will actually redeploy the staff to front line store staff roles and b.) whether they will retrain them to provide customers with the right advice and service. I would guess this would be the case only for a minority of employees, considering call center location and fit in terms of personality and skill set.

As noted above the press release is a bit light on details so I’ll be keen to find out more about exactly how this is going to work and of course will be watching with interest to see how things work out.

It is good to see that M&S is looking to retrain and redeploy staff rather than just cutting them. I’m sure for the staff it will be a big change, but hopefully a positive one. M&S has been a bit lackluster lately and while staffing isn’t the only challenge it faces I do think that the business could look at ways they could utilize these extra staff to offer a better service. Much like the new John Lewis in Westfield there are a lot of value-added extras that could be rolled out from concierge to personal stylists to food experts, etc.

M&S is seeking to centralize customer information and establish customer identity. This is far more impactful than just routing calls which they’ve been doing anyway. More and more consumers are resolving issues at the store or on the web and not over the phone. Call centers have been adopting AI and machine learning across many industries — and have become proficient at it. Call routing will become smarter (intent!) and escalations are expected to drop- letting call center folks upsell/cross-sell when addressing problems. If they also have outbound calling, they’ll be able to manage call blending. They can integrate call center functions with online chat. Lastly, smart identification of customers opens up personalized engagements as well as tracking customers online, on the phone, and in the store with deeper in-store tech and analytics. This is a good move for M&S and really is about their core anyway — reducing costs and introducing efficiency for their employees.

“The company will move more than 100 switchboard employees into customer-facing roles in stores.” Huh? I’m short on details, so I won’t comment further than to say this SOUNDS like it’s crazy. A (presumably well intentioned) effort to “save” jobs, designed by someone who knows nothing about what people actually do. I’m guessing M&S is in a Macy’s-like downward spiral of reduced staffing and reduced sales — perhaps our British commenters can clarify — but this seems like a misfire in how to deal with that problem. Good luck, mates.

Braintrust
"Almost by definition, call center staff should be familiar with M&S’ product line and the ins-and-outs of getting things done to satisfy the customer."

"It is good to see that M&S is looking to retrain and redeploy staff rather than just cutting them. I’m sure for the staff it will be a big change..."

"M&S is seeking to centralize customer information and establish customer identity. This is far more impactful than just routing calls."