CurrentC gets put on a shelf by MCX 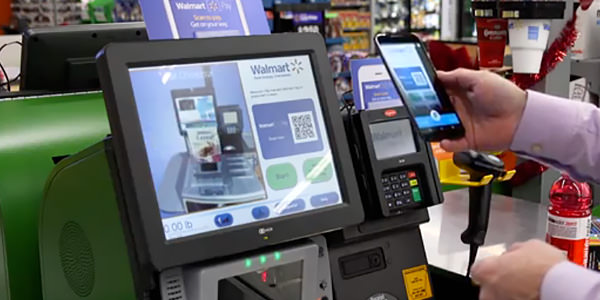 CurrentC, the mobile payment app developed by Merchant Customer Exchange (MCX), is no longer the answer that the retailers hoped it would be when they formed the consortium in 2012. In fact, as of yesterday, CurrentC has been put on indefinite if not permanent hold.

In a statement published on TechCrunch, MCX CEO Brian Mooney said, “Utilizing unique feedback from the marketplace and our Columbus pilot, MCX has made a decision to concentrate more heavily in the immediate term on other aspects of our business including working with financial institutions, like our partnership with Chase, to enable and scale mobile payment solutions.”

Last October, JPMorgan Chase announced it had reached an agreement with MCX for retailers involved in the group to accept its Chase Pay mobile payment app. Chase Pay, which uses QR codes rather than Near Field Communications tech, promises to lower costs, limit liability and increase the speed of customers through the checkout.

In other mobile payment news, Walmart announced the rollout of Walmart Pay to 500 stores in Arkansas and Texas. The app, which was launched in December, also makes use of QR codes to enable payments through iOS and Android devices.

DISCUSSION QUESTIONS: What does the suspension of CurrentC and the rollout of Walmart Pay say about the future of mobile payments? Do you see QR codes or near field communications emerging as the preferred technology for mobile payments?

Please practice The RetailWire Golden Rule when submitting your comments.
Braintrust
"The demise of CurrentC underscores the very slow adoption of mobile payment models by shoppers."

5 Comments on "CurrentC gets put on a shelf by MCX"

A surprising turn of events for this once highly-hyped project. The demise of CurrentC underscores the very slow adoption of mobile payment models by shoppers. At the few participating stores that accept mobile payments, the capability is not well-promoted either in the retailer’s marketing or at the checkstand.

The only widely successful mobile payments model to date is the Starbucks mobile app, which is supported by a broad range of promotions in the Starbucks loyalty program. Other retailer-specific mobile payment models such as the new Walmart Pay may gain traction if they are supported by strong marketing and special offers. However, the “if you build it, they will come” model is not working so far for mobile payments because the technology just doesn’t provide enough value for shoppers.

I guess I derive a perverse pleasure when a company or a group tries to buck Apple with some “better idea” and fails. I am not really sure of all the reasoning behind the original decision by a consortium of retailers to go in a different direction with CurrentC but it was clearly ill fated. Walmart Pay’s only advantage is to Walmart, not to its customers. The buying populous already has enough payment methods from which to choose. I don’t believe it needs another. The introduction of QR codes as a recognition technology means that now the retail establishment will have to have a scanner on the check-out counter in order to read the QR code. That raises a question: is the scanner in addition to, or instead of, a credit authorization/PIN pad terminal? Do we really believe that retailers that have recently made an investment in replacing their CA terminals are now going to add a barcode scanner? I had not given this much thought before because I prefer one standard not choices, but… Read more »
5
|
0
-   Share

Starbucks is an anomaly in this space, as they are virtually the only retailer in the mix who see their customers daily and combine a (successful) loyalty program with payments. For virtually the rest of the world mobile payments (post consolidation of all the “payment wannabes”) will end up in the hands of the credit card companies.

Nothing else provides convenience to the customer than having just a few apps that support payment anywhere. Clearly mobile payments based on the rate of adoption have only proven to provide a minor convenience factor. Requiring a shopper to have a payment application per retailer isn’t convenient.

The fundamental problem with mobile payments is that it doesn’t address a real problem for shoppers — contactless credit cards offered the same utility and also failed to make a splash. The explosion of mobile payment options is a reflection of business desires rather than consumer ones, forcing retailers to offer discounts to drive adoption.

At our business, we support various mobile payments including Apple Pay, but use them as a component of the checkout process rather than the chief draw. I expect a second generation of mobile payment apps will need to provide unique utility beyond pure payment to become successful — and no, bribing customers with points doesn’t count 😉

Fact is, other than Starbucks’s mobile payment app (which is a unique situation of high frequency, brand loyal, low involvement purchase), I don’t see mobile payment really being used anywhere in my shopping experience. With debit and credit cards in widespread usage, consumers just aren’t interested in mobile payment. It offers no significant advantage to the shopping or payment experience.

Braintrust
"The demise of CurrentC underscores the very slow adoption of mobile payment models by shoppers."