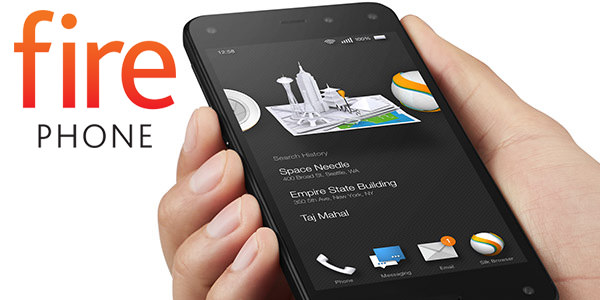 Amazon has gotten kudos in some circles for its fail-fast model. The company is known to quickly abandon initiatives and products that don’t take off fast enough (such as this year’s mobile wallet and private label diapers) without experiencing any apparent damage to the brand. But it looks like in the case of Amazon’s flash-in-the-pan smartphone, known as the Fire Phone, the e-tailer has failed not only fast, but hard.

The Fire Phone’s failure has reportedly resulted in a wave of layoffs at the company’s hardware development center, Lab126. This news has led to speculation about the future of many of the consumer devices Amazon has in the works.

According to an article in The Wall Street Journal, this is the first round of layoffs Lab126 has experienced since the department was created 11 years ago. The Journal reports that other Lab126 initiatives, such as a large screen tablet, are also being shelved or pared down, and that Amazon is either moving smartphone development to another department away from Lab126 or, according to some sources, abandoning the efforts entirely.

Lab126 has been responsible for the creation of 10 other consumer devices in the last year, including the Amazon Echo personal assistant.

Amazon’s Fire Phone met criticism from its rollout. The phone carried a $650 price tag without a contract (or $199 with a two-year contract with AT&T — the exclusive carrier for the Fire Phone). Also, many of the features with which the Fire Phone came equipped seemed unduly focused on pointing users back to Amazon.com’s e-commerce ecosystem.

The Journal article cites a laundry list of other consumer device projects that Amazon has been working on, many reportedly halted or scaled back; some, such as a kitchen computer, still in the works. The kitchen computer — code-named Kabinet, according to the article — is described as a hub for an internet-connected home, which would indicate that Amazon is continuing to make moves into the fledgling IoT market as it did earlier this year with Amazon Dash buttons.

While Amazon has not been without its device successes — the Kindle and the Fire Tablet — the Fire Phone’s failure has reportedly led to a large drop in morale, at least among the Lab126 hardware development team. While, according to Business Insider, the layoffs, only amount to a small portion of the 3,000 people Lab126 employs, there has also been a good deal of turnover at Lab126 due to what Business Insider quotes as being "shifting, and, at times, enigmatic priorities" for the department.

Is it a wise move for Amazon to pull back from the consumer device market and distance itself from smartphones? Is there another way that Amazon could successfully reenter the smartphone market without repeating the Fire Phone debacle?

Please practice The RetailWire Golden Rule when submitting your comments.
Braintrust
"Amazon doesn’t need to pull back completely from the "device" business, but it does need to recognize that consumers aren’t looking for "me-too" products from this company."

"Amazon thinks long (5-7 year investment horizon) and acts short (product halts in 6 months). What looks like big steps are myriad small steps. Amazon has a greater focus on day to day moves than any other firm other than traders."

Amazon doesn’t need to pull back completely from the “device” business, but it does need to recognize that consumers aren’t looking for “me-too” products from this company. Part of the huge success of the Kindle was its creation of an entirely new kind of mass-market product, meeting a need that didn’t exist before. This has been a key strength of Apple, too, of course — the iPhone and iPad are game-changing products so a pale imitation like the Fire Phone was probably doomed to fail from the outset.

The decision to pull back from the consumer device market and distance itself from smartphones and other devices should not rest solely on the problems with the Fire Phone. Amazon is able to rebound and and re-position products. However, if there were assumptions about the market and about consumers in the development of the Fire Phone that carry across to other products, then there may be good reason to pull back. If the strategic priorities of the company are changing so that the development of consumer electronic products is becoming less important, that could be a good reason for pulling back. Revamping assumptions about the consumers, product and market could lead to the development of a significantly different phone with which they could re-enter the market. This may not be a direction the company chooses to pursue.

” … features with which the Fire Phone came equipped seemed unduly focused on pointing users back to Amazon.com’s e-commerce ecosystem.” Everything Amazon does is intended for that purpose, from Kindle to Echo, that should be blatantly obvious to any pundit and at least 50 percent of Amazon consumers. So I don’t expect them to abandon these attempts — maybe … maybe if Bezos’ ego allows, they will be a tad more subtle in the future.

Er … excuse me while I turn to my Echo.

Now, the smartphone market is probably just too crowded and Amazon should perhaps walk away. But that doesn’t mean they were wrong to look at it in the first place.

As to the second question, I never count Amazon out. Where there is a market, there is always opportunity.

The opportunity to enhance the user experience in favor of doing business with and through Amazon is too compelling to abandon. The problem is that the results in Amazon’s offerings have the subtlety of an elephant’s tap dance. It is and will remain the offering of world wide connection and the sense of freedom that the internet brings to everyone that makes it great. Corporations that attempt to bring focus on themselves and steer common behavioral traits are being tolerated at best by the consumer. The key to success in terms of near and far is open technology and ease of use. As long as Amazon refuses to acknowledge this and continues on the course of control they will never quit trying and losing. The smart direction would be to create a more powerful iPhone-like product that is easier to use and far cheaper to own and add apps too.

How many times have companies or individuals failed with their inventions before coming up with a spectacular creation? Just so it’s not throw everything at the wall and see what sticks. And copycats should not participate unless they improve dramatically on what exists.

Regardless of the go-no-go element of this, the lesson here is that Amazon now has learned what doesn’t work. All retailers should take note: it’s better to fail and know than to not try and know nothing. I’m constantly surprised by the lack of “crazy” testing in the retail world. If you have more than 100 stores, why not try new things? And not just product. Mobile check out, showroom stores, home delivery, concierge sellers, chill spaces, on and on. Go for it!

The Fire Phone was a shockingly Amazon-centered device, shackled to a shockingly conventional contract-phone pricing scheme. As such, it probably shouldn’t be used to represent the hugely broad category of “consumer devices.”

It sounds like the Fire Phone is being scapegoated for a broader lack of vision.

Yes. Amazon is trying to use its largesse to play in the hardware categories where it has no true advantage to attract consumers. Smartphones, e-readers that are computers, whole house controllers, etc. are not Amazon’s strength and Amazon should instead be focusing its resources on becoming a better retailer, supplier, and uncovering the innovations which it can bring to this.

Amazon.com can’t win at everything. (They do win most of the time.) And when they fail, as they have done with this phone, they move out fast. Amazon is innovative and always pushing the envelope. They aren’t flawless, but who is? They are smart, and if they decide to do something, rest assured that they will do their due diligence. If it fails, they move on.

How could they get back in? Don’t focus on the equipment. Focus on the app. They already have an app, but just as they did for e-commerce, take it to the next level.

What looks like big steps are myriad small steps. Amazon has a greater focus on day to day moves than any other firm other than traders.

But there’s a limit. When Amazon misses earnings from a $170M writedown on a $.99 product earning two stars on Amazon, the Fire Phone is a fire door that’s closed and locked.

Braintrust
"Amazon doesn’t need to pull back completely from the "device" business, but it does need to recognize that consumers aren’t looking for "me-too" products from this company."

"Amazon thinks long (5-7 year investment horizon) and acts short (product halts in 6 months). What looks like big steps are myriad small steps. Amazon has a greater focus on day to day moves than any other firm other than traders."