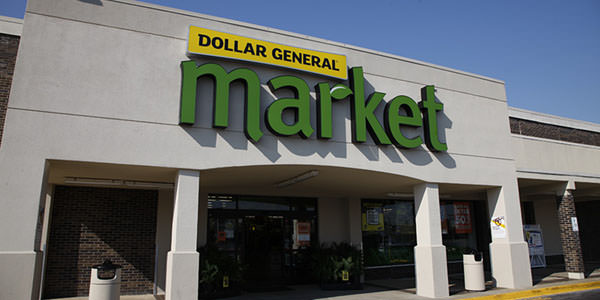 Dollar General continues its push into groceries. On the chain’s latest earnings call, CEO Todd Vasos said recent remodels have expanded the number of cooler doors in stores. It has also begun testing sales of fresh produce in its traditional dollar stores and early results suggest that a wider pilot may be warranted.

The dollar store chain’s sales in the first quarter increased 6.5 percent while its comps eked out a 0.7 gain. Dollar General attributed the mini same-store gain to the Internal Revenue Service sending out refund checks later this year as well as the Easter holiday falling later on the calendar than in 2016.

Mr. Vasos said sales of consumables were up mid-single digits in the most recent quarter and the chain has increased its market share based over the past four, 12, 24 and 52-week periods, based on syndicated data.

Dollar General is in the process of remodeling about 300 traditional stores. The remodels, according to Mr. Vasos, have increased the number of cooler doors to 34 per location, a 160 percent increase. The change allows stores to offer a greater variety of perishables, which has helped drive both customer visits and market basket size.

Word-of-mouth about remodeled stores with increased access to “better-for-you type products” in refrigerated and frozen foods has helped Dollar General’s comps. The introduction of produce gives consumers more reasons to shop for groceries at the chain’s traditional stores.

“We’ve been in the produce business for only a short period of time in these stores, but we’ve got a lot of experience with them in our market stores,” said Mr. Vasos. “And we’ve taken the learning’s from those and applying them (at remodeled stores).”

DISCUSSION QUESTIONS:Do you see the addition of produce to Dollar General’s traditional stores as a viable tactic for growth going forward? Is the pursuit of grocery share a wise course for Dollar General to take in a market that has seen increased price competition from Walmart while hard discount chains Aldi and Lidl are preparing to ramp up locations in key markets across the U.S.?

Please practice The RetailWire Golden Rule when submitting your comments.
Braintrust
"Given Dollar General's presence in areas under-served by traditional grocery stores, their decision to pilot fresh produce sounds like a winner."

15 Comments on "Has produce-selling Dollar General become a real threat to traditional grocers?"

More consumables will likely lead to more traffic. The question is the depth and breadth of the assortment. Is Dollar General investing in produce order to compete in produce, or are they investing in produce to drive traffic and grow frequency/market basket? I think they will have a difficult time trying to eat significant share (pun intended!) from big players like Walmart, Aldi and Lidl, but I do think the strategy is sound as a means to increase frequency and average order size.

Dollar General’s shrewd decisions over the years have grown the chain to over 13,000 stores. Given Dollar General’s presence in areas that are under-served by traditional grocery stores, their decision to pilot fresh produce sounds like a winner. It’s time to start giving this company the attention it deserves.

I am not a big fan of retailers adding food as a traffic driver — because the margins are so weak and I just don’t see it as having done all that much for Target, for example.

But I guess I’ll say one more time — not all traffic is profitable traffic.

While grocery is competitive and continues to commoditize, it’s an attractive “hook” due to the shopping frequency and high basket sizes. If the addition of produce puts Dollar General squarely in the grocery space, good for them. If it acts more as a lure to bring customers to the store more frequently for the standard Dollar General assortment, also fine. Either way, I like Dollar General’s recent moves around produce and store remodels.

I don’t see this as a huge win for Dollar General. We already have so much competition today in the grocery industry. But we still have the same number of customers. So how successful could this be? Dollar General may find a small audience if the produce quality is appealing in addition to the savings but, with other established chains offering so many opportunities, I don’t know that it will generate enough sales for Dollar General long-term.

I’d like to see them succeed because they often serve communities that are under-served with fresh foods, but what they’re attempting is extremely difficult. These stores currently get shipments once or twice a week, which will likely lead to out-of-stocks or big shrink numbers. There is a significant cost to servicing the stores every day which Aldi and Lidl (and supermarkets) build into their business model and the deep discounters haven’t.

Stick to what you’re good at Dollar General and that doesn’t include perishables.

Congrats on any initiative that truly offers consumers something that is actually “better for you.” But having been immersed in the agricultural world for a while now, my main question — for Dollar General and every other grocer — is where, how and when was this produce grown? To be consistent with their brand Dollar General has to offer produce cheaper than other sources. “Cheap” isn’t exactly synonymous with quality when it comes to food. Consumer Reports states that there are 29 identifiable pesticides in the average American body resulting in 13 common health risks. Even the marketing term “organic” is tainted probably beyond repair. The U.S. is 21st in the Ranking of World Food Systems and I doubt that Dollar General will help improve that standing. Still I’m not surprised that their Market stores do well in produce sales. Food production is going to be THE global battlefield without a doubt. It will be joined by the struggle over water. This is where we will be seeing disruptive transformation — forget Silicon Valley, pay… Read more »
1
|
0
-   Share

I don’t know enough about their customers. In places where Aldi or Lidl are operating, there is no way Dollar General could out compete them. (I make a point shopping at Aldi myself, and I wish Lidl would be interested in entering center city markets.) In places that are food deserts, they may get more share of wallet from customers, but as pointed out, not generating great margins compared to non-food goods.

With Brookshire opening the Spring Market format in closed Walmart Express stores, is there an opening for a dollar store + small food store like a Kroger Marketplace, but for low income markets (e.g., my sense about the Marketplace format is that it is intended to crowd out Walmart and Target). It’d be the right thing to do values wise, but whether or not it would generate more profits business wise is another question and likely we know the answer.

Whoops! Meant to mention the “seconds produce” trend in the industry, where food items that don’t meet “beauty standards” had been discarded, but now some retailers are selling certain items like seconds apples or seconds potatoes for a significantly cheaper price.

Richard can you get in touch with me please? Through the BrainTrust info or directly at Ian@VerdantTechnologies.com

Dollar General’s addition of produce may be a minor threat to traditional grocery retailers, but it is definitely a threat to convenience stores. The growth of this retail segment and the addition of core c-store items such as beer and cigarettes has provided a much stronger competitor to the c-store industry.

As Ron indicated, it will be a difficult task to manage with once or twice a week delivery. Unlike the items in the center store who retain their brand identity, produce becomes the store’s brand. If Dollar General does not manage it well, it could have the opposite effect than intended.

I suspect the money-challenged class, who are presumably a large portion of the dollar store audience, are not the biggest consumers of produce. And of course produce is perishable, so it’s really in another category of goods as far as handling is concerned. So I’m cautious about the potential.

OTOH, I well may be (over) stereotyping … we’ll just have to see what the results are.

So along comes the dollar stores with their new insight into the consumer market of the 21st century —
food sells. Not only does food sell, but the market economy we are suffering through has made it clear to most that along with the middle class, discretionary spending is diving as well. Food commodities, low prices and free delivery are the watermarks in retail design for the now.

What the market needs is to find a way to put profit and consumer want back into the market. This has stumped the retail gurus and mavens for over a decade. There needs to be more experimenting with e-commerce, B&M retail and infomercials to complete this task. Social media’s hit and miss nightmare isn’t predictable enough to build plans around — and may never be.

“Food sells.” I worked on commercial district revitalization for awhile and the point I make is that “we eat every day” but we don’t buy shirts, books, records, office supplies, furniture, etc.” every day. So yes, as people buy less, or buy online, or go to big boxes, our traditional commercial districts shift more of their offer to food. And as you point out, there are a lot of interesting things going on. At the same time, a lot of these ventures focus on artisanal, expensive options (e.g. $8 “cold pressed juices,” stores that sell locally produced items exclusively, etc.). The market is bifurcated. I shop at Aldi and Whole Foods….

Adding fresh produce to dollar stores is a great strategy to increase store visits. Other dollar stores, like 99 Cents Only, have been very successful with selling produce, as it is a frequently purchased category that brings customer back to the stores on a regular basis. While they can’t offer the breadth of produce of Walmart, Aldi and Lidl, dollar stores can secure a spot on shopping lists for frequently used produce at a bargain price.

The same type questions were asked when cold chests were added to the Dollar Stores and sales rose when those were added and the same thing will happen with produce. Just like in Real Estate, this is a location, location, location play. With 12,483 stores, they are going to take a big bite out of the supermarket basket in locations the big guys can’t/won’t touch.

Braintrust
"Given Dollar General's presence in areas under-served by traditional grocery stores, their decision to pilot fresh produce sounds like a winner."