Holiday bonuses are tricky (or nonexistent) 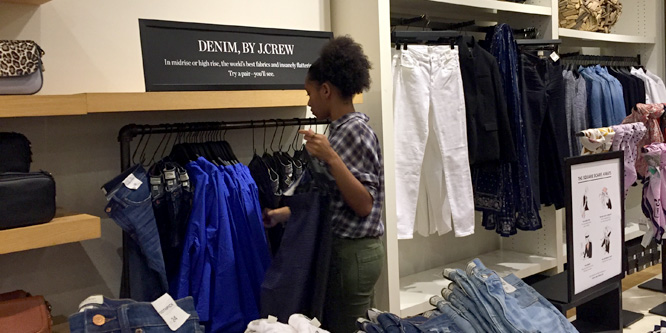 Although the U.S. economy is strong, fewer companies have given out performance-based cash bonuses in recent years, according to a survey by Challenger, Gray & Christmas, as reported in MarketWatch.

Meanwhile, the survey showed that the percentage of companies offering bonuses of $100 or less is increasing, and non-cash gifts, such as a day off or a gift basket, are on the rise as well. In total, nearly 65 percent of full-time private workforce employees will get something.

In the retail industry, it’s long been a story of the haves and have nots, with some top execs making millions in year-end bonuses, and some store-level employees going without — or making do with a holiday party or lunch.

According to The Washington Post, the cash Christmas bonus may have begun with Woolworth’s, as early as 1899. With the busy holiday season, and workers on their feet for many hours at a time, rival stores were hiring workers with the promise of higher wages. So, Woolworth’s offered a bonus for “salesgirls” of $5 for each year of service, up to a limit of $25. The objective was to make sure that clerks didn’t leave at a time of the year when they were most in demand.

According to the Chicago Tribune, Walgreens recently declined to pay employees an annual bonus at a time when it laid off 100+ headquarters employees and made plans to close 200 stores. According to an internal memo, the lack of bonus payout was due to a failure to meet operating income targets. The chain cut manager bonuses in 2018.

According to payscale.com, the average retail associate makes $10.71 per hour, and receives a $506 bonus, plus $350 in profit sharing.

DISCUSSION QUESTIONS: Should bonuses at retail be based on sales, profit or the spirit of the holiday season? How should bonuses be calibrated for management versus store-level associates?

Please practice The RetailWire Golden Rule when submitting your comments.
Braintrust
"With many digital factors influencing store performance, it’s time to review the roles and the associated bonus compensation to attract and retain the best players."

"Ultimately I think anyone on the sales floor is most able to influence the shopper and should be rewarded."

"In my experience, it works to have a group bonus that’s activated once a reasonable sales target is reached, and grows proportionally as higher targets are achieved."

7 Comments on "Holiday bonuses are tricky (or nonexistent)"

The overall nature of compensation is changing with the makeup of the retail workforce, but simply put: sales teams in specialty retail should be incentivized to sell. There’s a greater opportunity that will lead to more positive behaviors on the store floor – when aligned with the right package of training and development, which is for managers and multi-site managers to be given bonuses based on a composite read of performance of their store or group outside of just revenue or profit targets. For example: bonus thresholds that include the store (or group) running at less than “x number of weeks” understaffed, or achieving a percentage of “ready” assistant managers, or aligned with a positive CX metric. With many digital factors influencing store performance, it’s time to review the roles and the associated bonus compensation to attract and retain the best players.

I have been with companies that gave out Christmas bonuses for many decades – then the business changed (competitive environment, etc.) and bonuses were decreased and then finally removed. Many workers budget their Christmas spend on the bonus that they had received for years. It is a big adjustment for a lot of workers but it is more common these days than before. A lot of what happens at C-level doesn’t trickle down to operations… A good CEO will make sure that the decisions made on bonuses will be communicated to all levels to let them know these are not decisions that are to be taken lightly.

In my experience, it works to have a group bonus that’s activated once a reasonable sales target is reached, and grows proportionally as higher targets are achieved. Divvy it up by share of associate hours worked to decrease competition and ensure everyone’s contribution is valued. Give managers a larger share of the pool (1.5-2x, you can use this as a compensation adjustment strategy for strong performance). Compared to individual bonuses, this method creates a healthier work environment, happier shoppers, and more months with targets achieved.

Metrics are so hard to quantify in retail right now. Who got the sale? Who influenced the sale? Who converted the curious shopper the best? Ultimately I think anyone on the sales floor is most able to influence the shopper and should be rewarded. If they upsell consistently, you can see that in the number of items sold per shopper. If they go to the website on their device and ship to the customer, they should get credit.

What I don’t agree with is that anyone on the floor should get a bonus, whether they helped anyone or not. It essentially punishes those who go above and beyond as they get no recognition. While attribution is important, getting too deep in the weeds allows the mediocre to thrive and top performers to leave.

Unfortunately what Bob mentions is true — it’s difficult to track down the influencers of the sale. However, for end of year bonuses, it really comes down to the company as a whole. For holidays, bonuses should be companywide and a general appreciation of employees for the ongoing growth and profit of the company. Non-holiday specific bonuses should be distributed for bringing in more dollars — preferably against prior goals. Such bonuses should be immediate, not postponed and given as soon as performance is known. These should be separate from holiday bonuses. Management are not always the influencers, but sometimes they are. With high turnover in the industry, it will always be a challenge to manage compensation for management. The best retailers work with comp experts to define comp structures that are both motivational and have results towards continual improvement.

(Paid) time and money are always the best bonuses. It’s essential to reward workers when they are your brand ambassadors. Smart retailers will find the right recipe to retain top performers while encouraging the next tier of employees to improve.

“The average retail associate makes $10.71 per hour”… or barely above the minimum wage (that many feel is itself ridiculously low): let that sink in for a while.

Much as was the issue yesterday, don’t worry about one (particular) day’s sales and ignore the other 363 — it seems pointless to discuss one particular paycheck when the others would make Dickens blush.

Braintrust
"With many digital factors influencing store performance, it’s time to review the roles and the associated bonus compensation to attract and retain the best players."

"Ultimately I think anyone on the sales floor is most able to influence the shopper and should be rewarded."

"In my experience, it works to have a group bonus that’s activated once a reasonable sales target is reached, and grows proportionally as higher targets are achieved."