How reliant are malls on department store anchors? 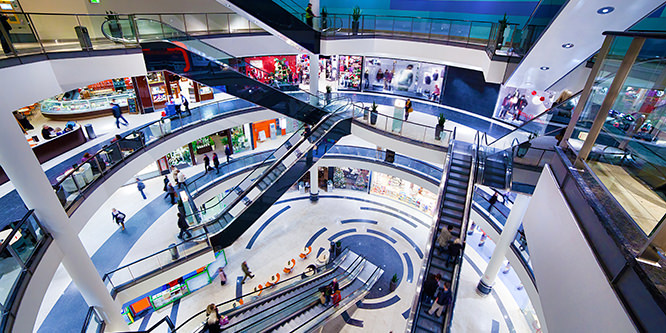 With another round of closings for Macy’s, Sears, Penney’s and Kohl’s, many malls will again be scrambling to fill dark anchors.

Many malls are being converted to mixed-use developments that often include retail as well as hotels, residential and office space. In some cases, developers add experiential features such as outdoor areas, movie theaters or amusement parks. A few are revamping without an anchor department store.

For example, Maryland’s Owings Mills Mall, which opened in 1986, lost a J.C. Penney last month and a Macy’s last year. The property is undergoing a multimillion-dollar revamp that will include a movie theater and restaurants and a greater emphasis on outdoor shopping — but no department store.

The Fashion Mall in Plantation, FL opened up in 1988 with a Bloomingdale’s, Lord & Taylor and Macy’s as anchors, but the latter closed in 2007. The mall is also converting to a mix of retail, residential and office space with no anchor.

“People are looking for a place to spend time but they don’t want to walk through a mall,” Greg Matus, a commercial real estate expert, told Local 10 ABC News in Florida.

But a report from real estate research firm Green Street Advisors earlier this year suggested that hundreds of department stores would need to close to help malls reach levels of productivity reached more than a decade ago, promising more empty anchors.

Cedrik Lachance, director of U.S. REIT Research at real estate research firm Green Street told Reuters, “The high-end mall still has a lot to offer to retailers and customers, but many lower-end properties will face sizable challenges in the coming decade and could garner a disproportionate share of headlines.”

Please practice The RetailWire Golden Rule when submitting your comments.
Braintrust
"Maybe the property owners can use some of that empty space to provide the mall with overall "click-and-collect" areas as well as other draws."

"The future of the mall will turn on making it an experiential destination that happens to sell goods and services instead of the other way around."

"I see mixed-use — lots of pop-ups, entertainment, food (fast and slow), comfortable places to sit and plug in my computer and get a little work done."

12 Comments on "How reliant are malls on department store anchors?"

Maybe the property owners can use some of that empty space to provide the mall with overall “click-and-collect” areas as well as other draws.

I love the concept of a mall. A destination where I can get a lot of my to-do’s done and have a little lunch too. Are they dependent on department stores? No. As much as I have always loved the department store (I cut my teeth at Federated so my heart and soul are there), times are changing.

I see mixed-use — lots of pop-ups, entertainment, food (fast and slow), comfortable places to sit and plug in my computer and get a little work done. You get the picture.

The mall is an economic efficiency play originally designed to meld convenience for consumers and captive traffic for mall tenants. There is a reason the major department stores are called anchor stores — they serve as the attraction nodes and the reason for consumers to flock to the malls. The drop in foot traffic over the years has as much to do with the greater choices consumers have on how to spend their time and money as as it does with the actual experiences customers have at the mall. The future of the mall will turn on making it an experiential destination that happens to sell goods and services instead of the other way around. That means anchors turn from traditional names to ways that transform the customer experience into creating and sharing memorable lived moments. The mall is not dead, but it has to evolve to remain relevant — it has to offer entertainment and excitement, it has to become integral in the lives of the consumer. Bottom line, the economic logic that gave… Read more »
1
|
0
-   Share

The mall at one time was the place to go for almost all your shopping needs and to socialize and dine with friends. That is no longer the case, as retail today is fragmented with online sales increasing and anchor stores leaving unprofitable malls across America. Our local mall is 75 percent empty. It has a Pretzel Time and a little sandwich place left in an empty food court. Rural malls have been hit hard by the bad economy, and even large cities are over-saturated with them.

There are new concepts of filling these spaces with micro-breweries and fun-themed restaurants and entertainment, but it takes the right place and investors with deep pockets who want to risk capital in their community. The only anchors left in our mall are Super Kmart and J.C. Penney, and Kmart shuts down next month, so it is gong to be tough to fill up these places. Yes, over time some will thrive with new concepts and others will become huge wastelands and be bulldozed for other development.

In reading previous comments, I find Peter and Tony Orlando’s comments offering up the two ends of a spectrum. Some malls are very successfully reinventing themselves as entertainment destinations with some shopping attached. Others are withering away to nothing. The question of the day — at least for me — is what distinguishes one from the other. Is it geo-demographics? The creativity and investment of the mall developer? Or something else? My instincts say population density is the driver. But I’d love to know if anyone has data.

Hey Ben, much of this is the economy, and our area is the rust belt, and we have negative growth in population, and per capita income at record lows. This mall was built as part of a package deal to persuade large anchor stores to rent space in other parts of the country where high-end malls were going in, and they had to rent space in ours for 5 years in order to get a choice location in the other malls. What happened? After the 5 year tax abatement was over, their leases came up for renewal, and they all left, since it was cheaper to close than to stay. Then the downward spiral began, as the smaller shops couldn’t make money on the traffic that was left. Walmart put a supercenter next to it, and that was the final nail in the coffin, as our economy could not keep our mall successful. This is not an isolated incident. The only growth we have had is building 10 new Dollar General stores in the last… Read more »
0
|
0
-   Share

This could become the question of the future just as it was about five years ago when we were faced with the same problem. At that time we thought the remedy was similar to what we are saying today — fill the empty spaces with mixed-use draws. I would add that we might need to see some retailers gamble on open spaces in well-placed malls to help draw the public back. The trend is now the open area walking “malls.” The new “old downtowns” from many of our childhoods. To add to Tom’s comments, the Owings Mills, Md. mall was once the “in” place. It lost that status several years ago when younger traffic used the light rail to come in and walked around without buying anything except maybe a soda, thus scaring away many of the long-time shoppers. This can’t be prevented. But better security can certainly make the public feel good about visiting these malls that are now falling into disarray. The Owings Mill mall is now being rebuilt and called The Foundry.… Read more »
0
|
0
-   Share

I see mixed-use developments reviving engagement in offline retail through specialty shopping and creative dining opportunities. Both provide an enjoyable destination experience. Add a hotel and entertainment and it becomes a getaway weekend for some shoppers. In the past, the department store anchor would have been the main draw but these days it is a specialty anchor (e.g. sporting goods such as Dicks or REI) that may be included.

In regard to the anchor store dilemma, how ironic would it be for Amazon to fill this role? Maybe not as farfetched as we may think as the company continues to expand its brick and mortar presence.

As consumer tastes have changed, so have the driving forces of malls. Mixed use is definitely a draw, as are the most popular specialty stores that we can all name by brand. Malls are destinations and mall operators need to be far more flexible than they have typically been in the past to be able to evolve, as shopper tastes evolve faster than ever. Perhaps more pop-up-centric malls may be one way to have that flexibility.

No, but … if you look at a “typical” (1M gsf) mall, usually about 2/3 of that lies within the department stores, and while they aren’t — and never were — as productive as the in-line stores (in terms of sales), and in many cases they own their own properties or (otherwise) don’t pay rent, they still give the mall much of its identity. They’re called “anchors” for a reason.

And of course, one of the main reasons an anchor leaves a mall is because the mall itself is performing poorly … aging buildings in “transitioning” inner-ring suburbs probably have little future as retail properties.

Milwaukee, Wisconsin must be the last bastion for successful malls as we have several in our metropolitan area. That said, what a successful mall looks like has changed similarly to what constitutes a family. It can be a lot of different things. One mall that was already pretty successful with two department store anchors got an even bigger boost with the addition of the state’s first Nordstrom. A second mall got a boost with a Macy’s coming in as a fourth anchor store, in a space that was a department store, then was divided into Steve and Barry’s and World Market. Another mall was rebuilt with much more density, including apartments, a work out place and a Trader Joe’s. The Sears there just closed, but there is still a Kohl’s and a Boston Store (a Bon Ton nameplate) in the mix, although they are more of an afterthought. The other remaining successful mall in the area has consistently been adding restaurants to its property as well as a grocery store in the out lot. It… Read more »
0
|
0
-   Share

Personally, I think malls need to rely on experience providers like movie theaters, restaurants and event space to be the draw rather than department stores. Department stores help “anchor” the space in terms of merchandise and staff, but many consumers today are going to the mall for entertainment in addition to shopping. Future architecture of malls I think will be very different than those designed 10 years ago.

Braintrust
"Maybe the property owners can use some of that empty space to provide the mall with overall "click-and-collect" areas as well as other draws."

"The future of the mall will turn on making it an experiential destination that happens to sell goods and services instead of the other way around."

"I see mixed-use — lots of pop-ups, entertainment, food (fast and slow), comfortable places to sit and plug in my computer and get a little work done."