Is Walmart arming for a global battle with Amazon? 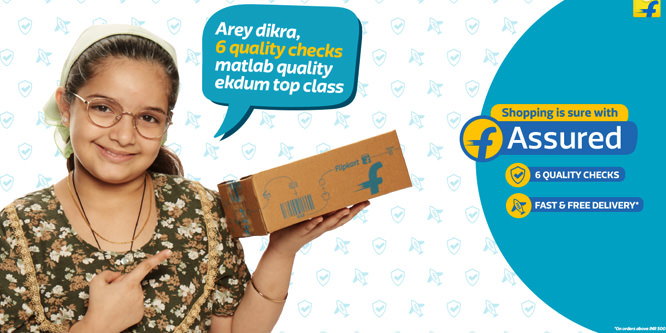 Walmart’s recent acquisition of Jet.com was seen by many, if not all, as part of the retailer’s plan to contest Amazon.com’s e-commerce dominance in the U.S. market. The strategic alliance between Walmart and JD.com in China was seen as part of a plan to improve the company’s e-commerce odds in the Asian nation. Now come reports that Walmart is in talks to invest up to $1 billion in Flipkart, the largest online retailer in India. So, what do all these moves add up to? Has Walmart made a strategic decision to confront Amazon in every major market across the planet?

Walmart’s talks with Flipkart, a company started by two former Amazon employees in 2007, would give the U.S. retailer a minority stake in the business. Flipkart, which was recently valued at $16 billion, could use the cash influx as it competes with Amazon, which is increasing its investment in the country. In June, Bloomberg reported, Amazon CEO Jeff Bezos said his company planned to invest an additional $3 billion on top of the $2 billion it has already put into growing its share of the Indian market.

Reuters, citing a Bank of America report, said Amazon is expected to increase its share in India from its current 31 percent to 37 percent by 2019. Flipkart holds a nearly 44 percent share of the market at the present time.

Flipkart has seen its growth hit a wall over the past year-and-a-half, according to The Economic Times, because of the financial limits of Indian consumers. In response, the company has increased its focus on private labels, instituted exchange programs on smartphones, offered low-interest monthly payments on purchases, and focused more on customer loyalty efforts along with other steps.

Walmart, which operates wholesale outlets in India, has not been able to crack the retail market in the country because of rules limiting foreign investment and the fractious nature of the business in that country.

“India does not lend itself to big box retail since rentals are very, very expensive. So the road ahead is either a Flipkart or an Amazon,” Kashyap Chanchani, managing partner of the Rainmaker Group, told Reuters. “Which is why it is natural for Walmart to look at Flipkart as they cannot acquire Amazon.”

Neither Walmart nor Flipkart would offer any comment on the reported talks between the two companies.

DISCUSSION QUESTIONS: Do you think Walmart has made the strategic decision to find ways to confront Amazon.com in major e-commerce markets across the globe? What do you think is the likely outcome for Walmart and Amazon if this is true?

Please practice The RetailWire Golden Rule when submitting your comments.
Braintrust
"Walmart is an anti-innovator being dragged into the digital era by its hair."

"Neither Walmart nor Amazon has truly figured out how to do the last mile profitably. That’s where the the battle will ultimately be fought..."

"There are only two ways for Walmart to grow at this point. They need to go where the business is and that is outside of the US and online in the US..."

11 Comments on "Is Walmart arming for a global battle with Amazon?"

Walmart has tried to grow internationally in past and those efforts, for the most part, have been unsuccessful. Acknowledging that it does not have the knowledge or skill to compete in e-commerce with Amazon, Walmart has begun buying Amazon competitors hoping for better outcomes. It will be interesting to see how Walmart handles these acquisitions. If the company allows its acquisitions to operate independently, and do what they do best in their countries, Walmart might become a serious e-commerce competitor.

I am not sure I would classify Walmart’s global effort as unsuccessful. They have more stores outside of the U.S. than they have domestically.

I don’t think either Amazon OR Walmart have successfully converged bricks and clicks. Convergence doesn’t mean, “Oh yes, we have them both, and both are working well.” But they are NOT working well TOGETHER, because the two business models are radically different, even if they both involve shoppers and the same merchandise. Walmart has honed an incredibly efficient supply chain focused on delivery of PALLETS of merchandise to their neighborhood warehouses — aka stores. Where they rely on unpaid stock pickers — aka shoppers — to retrieve what they want from the shelves of their rat maze warehouse/stores. Their logistics revolve around pallets, not items. Amazon, on the other hand, has built their business from the ground up, focused on delivering individual items to individual shoppers. Their stock-pickers are “paid” by them, or robotic wherever possible. Their foray into bricks in Seattle is almost irrelevant to bricks retailing — unless you consider an Apple store as the wave of the future for general merchandise and groceries … or even clothing. NOT! Only reading the report… Read more »
0
|
0
-   Share

To date, despite being the world’s largest retailer, Walmart has been unable to make any significant inroads into Amazon’s commanding presence in e-commerce. My concern with these acquisitions is that they may mean that Walmart is tending to lose focus on the biggest (size, household income, disposition to buy online, etc.) market, namely, the U.S. My advice to Walmart would be to focus on this market and concentrate its resources if it ever expects to seriously challenge Amazon in the e-commerce space. A simple comparison between purchasing the same product on both sites highlights Walmart’s deficiencies relative to customer intimacy, ease of navigating the site, product information, customer reviews, ease of checkout, shipping options/notifications, pricing, etc. I recommend that Walmart fix the U.S. first.

While Walmart understands the value of the physical store it clearly understands and appreciates the incredible global value of the virtual store. Walmart is clearly building its arsenal to present global shoppers an option for Amazon. The world needs balance- it needs Coke and Pepsi, salt and pepper, Ford and Chevy. An obvious extension is that the online shopping community needs Amazon and Walmart. Walmart is simply building (acquiring) the weapons it needs to compete.

In my opinion Walmart has no chance of competing with Amazon in the U.S. or in any other global market. The reason is that its management paradigms are deeply rooted in the 20th century.

Amazon is an innovator. It understands that in order to achieve progress old paradigms have to be abandoned. Steve Jobs, the quintessential innovator, once said that you must always be willing to cannibalize your own products quickly, before someone else does. Amazon is quickly cannibalizing its own sales in order to re-invent itself as a marketplace.

Walmart is an anti-innovator being dragged into the digital era by its hair. It is not likely to accept the idea that its business model is dead.

Acquisitions and strategic investments are the most logical approach to attempting to compete with Amazon’s online retail dominance. However, it will be critically important that these firms are allowed to operate independently from the core business.

Neither Walmart nor Amazon has truly figured out how to do the last mile profitably. That’s where the the battle will ultimately be fought and where the opportunity is. Both are working feverishly on it (i.e., drones at Amazon, potential parcel delivery partnerships at both), but it seems to be a two steps forward, one step back sort of tango with the consumer. This means there may still be an opening for another party to enter the dance, although the financial requirement would be in the tens of billions of dollars if not more. Here in the U.S., I’m still thinking that the U.S. Postal Service could have a much bigger role in all this. After all, they’re at almost every home and office in the country every day.

Walmart has saturated the U.S. market with its stores. Additional investment in U.S. stores will only cannibalize their already existing business. There are only two ways for Walmart to grow at this point. They need to go where the business is and that is outside of the U.S. and online in the U.S. I believe the choices are pretty simple. The execution is another matter.

Whether their moves are meant to confront Amazon or not, these are decisions that are good for their own survival. The big box is taking a hit and e-commerce is the place for fast, easy and convenient.

Kudos to Walmart as long as they look at this as their strategy and don’t remain focused on Amazon. It’s every retailer for themselves!

The first step is admitting you have a problem. And Walmart has taken that step. The outcome depends on Walmart’s willingness to cede control and culture to the tech stars it’s busily acquiring.

Braintrust
"Walmart is an anti-innovator being dragged into the digital era by its hair."

"Neither Walmart nor Amazon has truly figured out how to do the last mile profitably. That’s where the the battle will ultimately be fought..."

"There are only two ways for Walmart to grow at this point. They need to go where the business is and that is outside of the US and online in the US..."