Marks and Spencer pulls the plug on store music 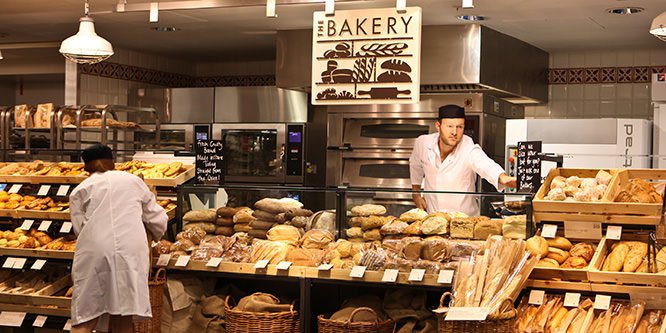 Marks and Spencer will turn off piped-in music in its 300 stores in response to noise complaints from customers.

M&S said in a statement released to media outlets, “We’re focused on putting the customer at the heart of everything we do. This decision is the result of extensive research and feedback from our customers and colleagues.”

Others felt it was due to the retailer’s aging customer base — increasingly dealing with hearing problems and dementia — who are sensitive to noise. A broader reason was simply the annoyance of repetitive playlists and loud music being played at retail.

“Millions of customers will be delighted by this news,” said Pipedown, a lobbying group which pushed for the move, on its website. “So will thousands, probably tens of thousands, of people working in M&S who have had to tolerate non-stop music not of their choice all day for years.”

Pipedown also wants prerecorded music banned, or at least the volume lowered, at restaurants, supermarkets, hospitals and pubs because the noise causes stress and ruins conversations.

On the downside, the silence, as The Guardian notes, “may give some of M&S’s sadder stores a graveyard air.”

The changes take place despite studies showing that music often boost sales. Music, according to the reports, can quicken the speed of sales, extend browsing time, and get people in a good mood to spend more. Themed tunes, such as Christmas music, can encourage seasonal selling.

DISCUSSION QUESTIONS: What do you think of Marks and Spencer’s ban on piped-in music? Is coming up with appropriate in-store music playlists too challenging for department stores?

Please practice The RetailWire Golden Rule when submitting your comments.
Braintrust
"Many people — Millennials and Generation X — shop with music already playing in their headsets."

"I think the store associates will be happier than the customers."

"Grocery and department stores present the challenge of drawing a diverse shopper demographic so making everyone happy is an impossibility."

I was curious if we are going to see Pipedown in the U.S. and found the following:

“Pipedown UK often receives despairing queries from people living in the USA (or Canada), asking if there is an American chapter of Pipedown. At present there is none but there should be – the problem of canned or piped background music is if anything even worse in the USA than in Britain. And there could be! Pipedown UK was not founded by act of God (or Parliament) but by individuals sickened by the spread of piped music. Charles Wetherbee, the renowned violinist, is among recent Americans to consider founding a Pipedown USA.”

Department stores having a major mix of customers and common music across all these groups is tough. I have been in other department stores where the music is restricted to each specific department via speaker positions, IoT technology, etc. This can be done — and I am sure it is not cheap.

The other element is that many people — Millennials and Generation X — shop with music already playing in their headsets. An angle might be to offer free “you chose” playlists you can access only in the stores … get the younger ones tuned in — they love free music and streaming.

Thank you M&S! The music in most stores is too loud and doesn’t appeal to many consumers, especially Baby Boomers. Stores don’t have the ability to manage this properly, and should instead focus on managing more key factors like out-of-stocks and enhanced customer service.

When background music is used merely to fill in space, it will almost always be problematic. Whether in department stores, senior living facilities, malls or elevators. Now if you insist on music blaring away, the renowned Dr. Morris Massey once suggested that what we listened to around 10 to 15 years of age is the music we prefer. So your best bet is to figure out the average age of your customers and what time of the day or week they are likely to shop. Change the music accordingly. Frankly you’re still taking chances. Most “research” is limited to music or no music. I’m working in the area of subtle energy or frequencies based on the reality that everything is energy and by definition a frequency. This is where research needs to focus. We are bombarded with frequencies 24/7 and don’t even know it. Electro-magnetic contamination from dirty electricity is a huge one that is just now getting attention. Lighting, design, wireless everything, thousands of products and other stuff everywhere, movement and general noise are… Read more »
1
|
0
-   Share

I certainly believe that appropriate music can help a retailer create the right vibe for their target customer. However, grocery and department stores present the challenge of drawing a diverse shopper demographic so making everyone happy is an impossibility.

I think the store associates will be happier than the customers. Maybe they should pipe in background noise to at least give customers the sense that the store is alive with shoppers. If people listen to music to perk themselves up maybe it was the playlist that was the issue, not the volume.

There are numerous companies and individuals who are excellent at matching music to target customers, by department, by hour of the day or by a need to motivate shoppers. It’s surprising to hear that M&S has a problem. That being said, with today’s technology, “piped-in” music may be prehistoric. Isn’t there a way to capture and play for each shopper the music on their iPhone?

I’m with Jerry on this one. Music/sound is a hugely powerful element of the store brand experience and to just shut it down seems shortsighted. There are books written about how important it is to designing a “mental space for the place” and the technology out there to do so with music uniquely — in a way that enhances rather than detracts — has never been better.

I wonder if the Starbucks model of promoting media playlists on the mobile app will work with other retail format. It allows visitors to identify the music and promote emerging artists, plus increase the usage of the store app. Thoughts?

Braintrust
"Many people — Millennials and Generation X — shop with music already playing in their headsets."

"I think the store associates will be happier than the customers."

"Grocery and department stores present the challenge of drawing a diverse shopper demographic so making everyone happy is an impossibility."