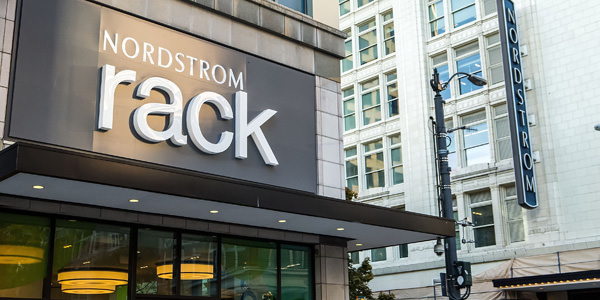 Nordstrom Rack, Macy’s Backstage, Off-Aisle by Kohl’s, Saks Off 5th — the list of outlet stores being opened by retailers has picked up in recent years. The main concern in launching these formats has been whether they will cannibalize a retailer’s full-line format. The answer, at least in one case studied by researchers from the University of Texas at Dallas and Northwestern University, appears to be that it will not.

The researchers studied a specialty apparel retail business with more than 400 stores and 100 outlets. Instead of finding that outlets drew business away from the retailer’s core business, the study found they served as a gateway for new customers into full-line locations.

“If there’s a price-sensitive customer who is not very experienced with the retailer, they might come in and experiment with the brand at the outlet channel,” said Dr. Gonca Soysal, an assistant professor of marketing at UT Dallas, in a statement. “Since the products have similar designs and similar fits across the channels, once they gain experience with the brand, they might feel more comfortable purchasing more from the higher-priced channel.”

As the study points out, retailers such as Coach and Nordstrom have avoided cannibalization by offering products created specifically for outlet locations.

Nordstrom has been among the most prominent in using outlets to drive incremental sales. Very early on in the development of the company’s Rack concept, management insisted that cannibalization was not a concern as 60 percent of those shopping in the discount concept also shopped in the chain’s full-line stores. In 2012, Nordstrom opened a Rack store a crosswalk’s distance from its flagship store in downtown Seattle.

DISCUSSION QUESTIONS: Have retailers worked out how to open outlets without cannibalizing full-line stores? What recommendations do you have for making the most of the combination of the two formats?

Please practice The RetailWire Golden Rule when submitting your comments.
Braintrust
"There are 194 Rack stores vs. 118 full-line Nordstrom stores. So to the majority of Americans Nordstrom Rack IS the flagship brand."

5 Comments on "Study: Outlets are not cannibalizing flagship sales"

“Retailers” is a pretty broad category, and I expect that cannibalization will occur differently amongst the various brands. Yes a Nordstrom may see a new customer who wants to buy the brand at low prices, but given that total consumer spend is a finite amount of money, I just don’t see how splitting that pie amongst more formats is going to happen without some cannibalizing going on.

Discount stores invariably have an effect on mainline stores.

There are 194 Rack stores vs. 118 full-line Nordstrom stores. So to the majority of Americans Nordstrom Rack IS the flagship brand.

Same-store sales went up 6.9 percent in those Rack stores, while it went down 3.9 percent in full-line stores last quarter.

With Nordstrom, Macy’s and Saks are all rushing to the discount shopper to compete with T.J. Maxx because that’s where the money is right now, but once you shift too far in that direction it’s VERY HARD to ever pivot back to premium luxury. It’s a bell you can’t un-ring.

Outlets have a different selling model than the “flagship” stores. Outlets are not true outlets of the master brands as they typically sell a different assortment, often goods that can be sold at a lower price. In short, the quality is different. Good enough, but not the same.
It’s a different experience, more treasure hunt due to the unpredictability of inventory and lack of service.

They are different brands and therefore MEANINGFUL differentiation should exist between the two.

For a moment, let’s take Kohl’s out of the mix and focus on upscale retailers. Customers who shop upscale often do so for a reason. They want current fashion but … maybe not all of the time.

As my momma used to always say, “There are the staples in your closet and the fill-in pieces.” (she also liked to talk about get-away-with-it pieces but we won’t go there today.)

We might shop the upscale retailers for those staples, but the fill-in pieces? That’s anybody’s game. So, the Nordstrom Rack is much more likely to be cannabilizing TJMaxx but not Nordstrom.

The best stores know how to balance all of this out. Nordstrom is a leader in that they are willing to open an outlet next to a flagship. Gutsy or smart? Maybe in the beginning it was gutsy. Today it’s smart.

In the end, the numbers tell. How much revenue per square foot. Does Nordstrom (what a great example) lose when they open their outlet? Or do they gain overall? If they were losing, they wouldn’t keep opening outlets.

Braintrust
"There are 194 Rack stores vs. 118 full-line Nordstrom stores. So to the majority of Americans Nordstrom Rack IS the flagship brand."