The mobile arms race: Why privacy is the next battleground 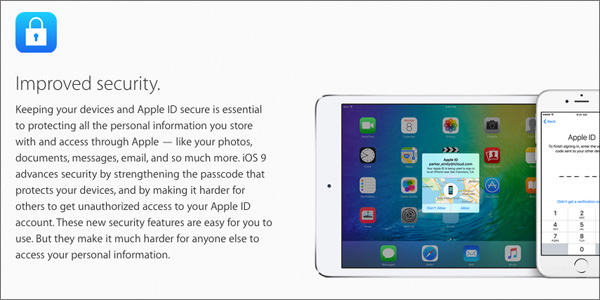 Through a special arrangement, presented here for discussion is a summary of a current article published with permission from Knowledge@Wharton, the online research and business analysis journal of the Wharton School of the University of Pennsylvania.

Recently, Apple and Google unveiled the latest iterations of their iOS and Android mobile platforms, respectively. While these were incremental enhancements from both companies, a war is brewing to make consumers’ smartphones even smarter, by using more personal data.

The two companies dominate the mobile platform space, and are now taking the fight to a new battleground that revolves around knowing users well enough to be proactively helpful, to deliver information that is contextually relevant and to make their devices act even more like a human personal assistant.

At the Google I/O developer conference in May, Google executives highlighted the search giant’s investments in artificial intelligence and machine learning. Whether it was Google Photos, which is designed to analyze and organize a person’s pictures, or the next iteration of Google Now and Android, the company said its algorithms will make life easier.

But each company has the same goal behind its strategy: "Each platform would love you to live your life there and help you do everything you want to do," notes Wharton management professor David Hsu. "However, Apple is trying to take the higher ground on privacy."

At the beginning of June, Apple CEO Tim Cook, blasted Google indirectly while accepting an award from EPIC, a group that champions online privacy. Mr. Cook noted that some Silicon Valley companies have built their business by "gobbling up everything they can learn about you and trying to monetize it. We think that’s wrong."

For now, Apple has been pushing itself as a more human alternative to Google’s algorithm-led approach.

Yet it’s unclear how much privacy — or the perception of it — overall will matter in the mobile race toward "big data."

"There is a lot of confusion about what people are willing to share," Wharton marketing professor Peter Fader explains. "When you ask people in a survey about it, they give a politically correct answer that they don’t want to share. However, people are willing to give away data even though they say the opposite."

The tech industry itself is debating how information should be used and the trade-off between delivering free services and collecting data.

Forrester Research found in an online poll of 20,000 adults that 63 percent of U.S. smartphone users are concerned about privacy and security.

"No matter how quickly wearables and connected objects emerge in the next 10 years, mobility has already introduced a paradigm shift — the ability to collect and use data about individuals in the physical world," Forrester analyst Thomas Husson said in a blog post. "Data collected via mobile will be much more sensitive, more personal and more contextual."

How influential will consumer privacy concerns be on the advancement of personal data collection via mobile platforms? Do you see a privacy backlash threatening current or potential benefits of the technology for retailers?

Please practice The RetailWire Golden Rule when submitting your comments.
Braintrust
"I really wonder — when average consumers are asked if they are willing to "share" their data, do they really know how much Google, Apple and others can extract from their mobile data without consumers knowing it?"

"Here’s what I’d like to know. How much of our private information is available without our consent? Seriously, is there any data around that subject?"

8 Comments on "The mobile arms race: Why privacy is the next battleground"

Mobile phones are the new GPS — for consumers and for Big Brother.

One aspect of mobility is the aspect to track physical presence and behavioral movement via Bluetooth and Wi-Fi. For the most part that has been anonymous, or at least offered with some opt in/out dimensions.

But phones are also the new “cookies” that track consumer behavior. When you “check in” to social media, use apps and especially when you use your phone with location turned on, it creates an unbelievably big data trail about you and your personal behavior beyond stores and public locations.

The point is — because we find mobile navigation and apps useful, we are creating volumes of data without even being aware of it.

I really wonder — when average consumers are asked if they are willing to “share” their data, do they really know how much Google, Apple and others can extract from their mobile data without consumers knowing it?

This whole notion that the Apples and Googles of the world want all our personal data so they can be more “helpful” would be laughable if not so sad. The privacy backlash is already underway as evidenced by the success of ad-blocker programs. We have never learned that one step too far destroys what you’re trying to build. We’ve taken that one step too far already and taking even more of them won’t help. “Privacy” is not an after-market product. You can’t invade people’s lives and then say you’re going to protect their privacy. It’s like having a thief guarding your house against other thieves. Privacy (and security for that matter) happens ONLY “By Design.” It needs to be built into all program source code if it’s to be anywhere close to effective. Canada is a global leader in the Privacy By Design (PbD) movement which is built on seven principles: Proactive not reactive; preventative not remedial. Privacy must be the default setting. Privacy is embedded into the design. Privacy with full functionality. Positive-sum, not… Read more »
0
|
0
-   Share

Actions speak louder than word here. If the offers are compelling, the consumer will hand over virtually anything you want to know if the reward is valued. I see this privacy concern only being heard in the media, whereas younger shoppers are already relatively not concerned about privacy issues at all based upon their actual online habits.

I really don’t see consumers pushing back en mass on mobile data collection/privacy concerns. Instead, I see younger to youngish consumers all buried in their phones, using functions and apps to do almost everything conceivable. Consumers value function and convenience over privacy.

I’m so glad to see this conversation continuing. In line with our survey results on 7/15, the creep factor is alive and well for ALL points of potential tracking. But there is a caveat: for those that care, they care a lot. For those that don’t, they still want to see (or experience) the value exchange.

I love Ian’s post, as it shares a model that our country could wisely follow. If we could give people visibility into what is being tracked, how it is being used to help (not invade or take advantage), where else it’s being shared and transparent and easy methods to opt out, we’d certainly get ahead of what could be a huge looming issue.

The fear is in the not knowing — we can’t control what we don’t understand.

Consumer privacy concerns is a topic that everyone will say is of great concern when asked but is seemingly never an issue based upon the usage of mobile devices. The backlash will occur only when a brand or retailer misuses and/or abuses the data. In the court of public opinion the votes will be cast by purchases, or lack thereof. Those that abuse the data will pay the price. Until then let terabytes amass!

This is like having a religious or political conversation. Some people are more accepting of privacy—or lack of privacy—issues. No doubt that targeted advertising comes from tracking a consumer. The only way a consumer can dodge it is to not use a mobile phone, ever do a Google search, purchase anything online or ever use the Internet. Not very realistic.

Consumers should be able to opt in for specific places they want to do business. If a company “spams” a consumer without their permission or some type of existing relationship, there should be some repercussions, similar to unsolicited faxes.

Here’s what I’d like to know. How much of our private information is available without our consent? Seriously, is there any data around that subject? For example, if a person uses 20 apps, does that mean that all 20 transmit personal data the user is unaware of? Chris’s question is spot on: when average consumers are asked if they are willing to “share” their data, do they really know how much Google, Apple and others can extract from their mobile data without consumers knowing it? When I want to sign up or download and I am told that my data will be private and secure, I pause and rethink whether or not I want to share my information and therefore how much do I want that app. There’s no credible guarantee that my information will be private and secure. So I think Peter Fader’s observation is true and at the same time consumers are stating their personal preference. If there comes a time that we are more in control of our devices and the data… Read more »
0
|
0
-   Share

Braintrust
"I really wonder — when average consumers are asked if they are willing to "share" their data, do they really know how much Google, Apple and others can extract from their mobile data without consumers knowing it?"

"Here’s what I’d like to know. How much of our private information is available without our consent? Seriously, is there any data around that subject?"