What does it take to regain customers’ trust once it’s been shaken? 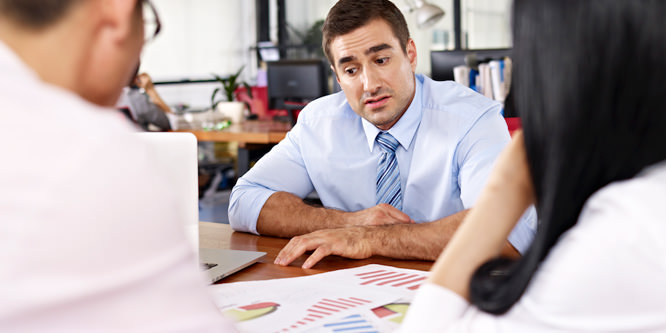 Through a special arrangement, what follows is a summary of a study from COLLOQUY, provider of loyalty-marketing publishing, education and research since 1990.

Many companies rely on the expertise of their PR teams to lift them from a public crisis, yet in such situations they might do well to look to their loyalty marketing teams for their best insights and access to customers.

The following is some advice on how to use loyalty data to regroup and from a potential PR crisis:

Identify your ambassadors: When Starbucks announced it would change its Starbucks Rewards model to recognize dollars spent rather than visits, loyal customers broadcast their resentments across social media, which were then rebroadcast across mass media. The lesson: “Every member of a loyalty/rewards program is a PR representative for your organization, whether you want them to be or not,” said Jonathan Bernstein, president of Bernstein Crisis Management. Companies can use a strong loyalty strategy to draw customers back to a brand as well as amplify the organization’s key messages regarding the crisis.

Communicate directly and truthfully: After its failed attempt to shift from coupons to everyday low pricing in 2012, J.C. Penney could have sent loyalty members an apology, straightforward explanations and offers. Says Britt Beemer, founder of America’s Research Group, “When you run 38 percent of your customers off, you plead mercy.”

Says Gerard Braud, a crisis communications expert and head of Gerard Braud Communications, “The beauty of a loyalty program is your customer is telling you they trust you and they believe in you. Therefore, it is your pipeline to retain loyalty. It is also a pipeline to say you are sorry, if needed.”

Time carefully: While loyalty databases are crucial for fast communications and possible apologies, organizations should be careful how they use their rewards after an event. Mr. Bernstein said, “Wait until any immediate threat (e.g., e. coli contamination) is completely contained first, else you draw people in just to incur more damage.” Mr. Braud added that loyalty and reward initiatives developed after a crisis can appear to be “an act of desperation.”

DISCUSSION QUESTIONS: What are the advantages and limits of tapping loyalty programs rather than overt public relations efforts to manage crisis situations? Which of the three recommendations offered in the article is most important in resolving crisis situations? Are there any you would add?

Please practice The RetailWire Golden Rule when submitting your comments.
Braintrust
"You can solve the problem, but if you don’t get them to come back and give you another chance then you failed."

"In a crisis situation, it is important to do 2 things: build trust back and apologize to loyal customers personally."

"In the social media world, after loyalty comes advocacy."

9 Comments on "What does it take to regain customers’ trust once it’s been shaken?"

These are excellent points as they relate to loyalty programs. It must not be overlooked that the patrons visiting the store bring their loyalty with them, shaped by their perception of the retailer and the value it brings to their life.

In-store messaging should “accentuate the positive” to reinforce the brand promise and present how the retailer works to deliver the value that patrons seek.

Dynamic messaging allows situational, pro-active communications to those who give the gift of a visit and fuels the speaking points of sales associates as their reinforcement is needed.

I would add an ancillary recommendation about the platforms and technologies to be used with loyalty databases and other groups once the crisis breaks. There is an explosion of “conversational commerce” AI chatbot platforms, as evidenced by this list at ProductHunt. As retailers begin to implement and tune these automated two-way conversational solutions, it will be smart for them to anticipate negative events and roadmap how to use these technologies to communicate with customers.

In the social media world, after loyalty comes advocacy. Organizations need to be cognizant of this because this creates important peer-to-peer messaging. These advocates talk to their friends — good or bad. This has to be part of any communications plan.

There are some great points in the article but I would summarize by saying there are three keys you need to focus on to overcome the bad experience you have created.

You can solve the problem, but if you don’t get them to come back and give you another chance then you failed.

Trust is relevant only in the context of a risk. If no risk is involved, trust is not even in the equation.

A customer takes a risk (whether it is conscious or not) by eating in a restaurant. If that is a wonderful experience the trust is rewarded. If they get food poisoning the trust is betrayed. The same thing happens in every customer/vendor interchange. It seems to me the only way to overcome that is not to explain it away somehow (PR) but to extend another opportunity to take a risk while making sure that, if taken, it is very well rewarded.

All three recommendations are sound, depending on the crisis.

Here is the bottom line. When a crisis takes place, the goal is not to just restore order back to normal. The goal is to regain confidence.

In a crisis situation, it is important to do 2 things: build trust back and apologize to loyal customers personally — an open, well-thought through media apology at the right time (as soon as is possible after the event) to gain some trust back, followed by a personal gesture to loyalty program customers in order for them to feel you care about them.

I would think it’s very dependent upon the type of “crisis”. Coca-Cola’s “New Coke” or JCP’s EDLP problems were brought about by a misreading of customer wants, and easily reversible. (Indeed, one can argue they ultimately helped because the company’s response showed they cared about what people wanted.)

But Chipotle’s food safety issue or a charge of fraudulent activity made against a company is an existential crisis since it suggests the company’s business model is fundamentally broken. Efforts to deal with it through the perspective of “loyalty” may come across as a flippant trivialization of the problem rather than addressing it.

Great list of suggestions! One that I would add is to give your loyal customers a reason to come back if a crisis situation does occur. An easy way to do this is to implement an automatic feedback form, which allows you to know how your customers feel. If ranked low, another automatic message with an apology and future discount can be sent. This way, it gives your business a second chance to offer a good customer experience.

Braintrust
"You can solve the problem, but if you don’t get them to come back and give you another chance then you failed."

"In a crisis situation, it is important to do 2 things: build trust back and apologize to loyal customers personally."

"In the social media world, after loyalty comes advocacy."