What would a reinstated travel ban mean for retail? 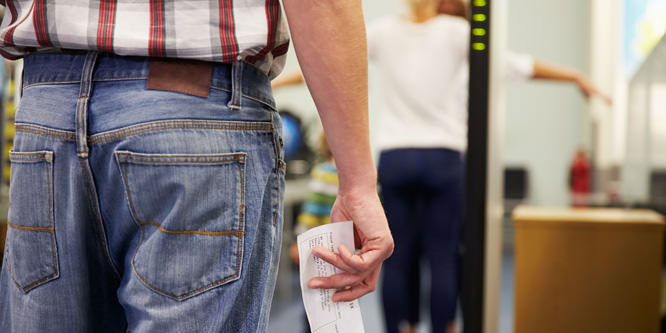 A few retailers are speaking out privately to their employees about President Trump’s executive order blocking immigrants of seven Muslim majority countries from entering the U.S. for 90 days.

[Editor’s Note: Last Friday, a federal judge issued a temporary restraining order prohibiting the government from implementing the executive order. Yesterday, an Appeals Court rejected a motion by the Justice Department to reinstate the order.]

In two e-mails to employees on the days after the restrictions were announced, Amazon.com condemned the move while vowing to legally support any affected employees and to work with congressional leaders to overturn any ban.

“No nation is better at harnessing the energies and talents of immigrants,” wrote Amazon CEO Jeff Bezos in one e-mail. “It’s a distinctive competitive advantage for our country — one we should not weaken.”

Walmart, in a note to employees, said, “We are closely monitoring the situation and assessing potential impact to our business, but especially to our associates and their families.”

Starbucks’ CEO Howard Schultz detailed a plan to hire 10,000 refugees over the next five years. He told employees, “I am hearing the alarm you all are sounding that the civility and human rights we have all taken for granted for so long are under attack.”

REI CEO Jerry Stritzke wrote in a note to employees, “We are an organization, and a country, built on inclusion. We believe we are better when we come together, when we are open and when we are welcoming.”

Timothy Cook, Apple’s CEO, in a staff memo stated, “Apple would not exist without immigration, let alone thrive and innovate the way we do.”

Business leaders generally take a neutral stance around such political topics. Nike, Proctor & Gamble and Coca-Cola are among other major brands that have spoken out against the order. Technology companies have been much more vocal because a large number of their U.S. workers were born overseas, but the retail industry could likewise lose out on talent.

The fallout for retail frequently cited in articles is the potential reduction in tourists from the Middle East that would particularly affect the luxury channel. But a wider impact could potentially be felt in the form of a greater drop-off in tourism to the U.S. and reduced demand for American brands due to consternation overseas about the new administration’s policies.

DISCUSSION QUESTIONS: What do you see as the potential repercussions of the proposed travel ban, should it be reinstated? How should retailers and suppliers to the retail industry respond?

Please practice The RetailWire Golden Rule when submitting your comments.
Braintrust
"Every retailer/supplier needs to assess what impact the ban has on their own business and their unique culture/values and respond as they see fit."

"I’m concerned about the distortion of America’s image in the world. We are Coca-Cola, Levi’s, Chevrolet, Walmart and McDonald’s. "

"Permit folks to get around the “water cooler” to discuss practices, if necessary. Then remind everyone, “It’s time to get back to work.""

9 Comments on "What would a reinstated travel ban mean for retail?"

As emotionally and politically charged as the travel ban is, in the short term, I don’t think it will have a significant impact on retailers. Since the ban impacts companies differently, every retailer/supplier needs to assess what impact the ban has on their own business and their unique culture/values and then respond as they see fit.

A very large percent of trade show exhibitors are immigrants. Based on what I’ve seen I’d roughly estimate around 75 percent. Not only would the immigration ban limit America’s ability to source internationally, but it would limit other countries’ willingness to barter with the U.S. We are quickly severing the ties that helped to make the U.S. an international superpower.

Bottom line: immigration ban would hike up prices for the American consumer.

It’s always important to plan for contingencies within any business. Whether the populace agrees or disagrees with whether the new administration got out over their skis or not, the decree did throw a wrench into immigration/refugee planning for all parts of the business community — retailers, industry, financial institutions, technology, etc.

A reprieve is in place, as the administration is not planning on enforcing the executive order. A Federal judge in the 9th has placed a stay. Any future action on the issue will be decided by a full Supreme Court — that won’t be completed for at least three months.

Calm employees who travel internationally and let associates know what the company’s policy and practices are. Assign the appropriate individuals to monitor compliance (Legal, HR, etc.) Permit folks to get around the “water cooler” to discuss practices, if necessary. Then remind everyone, “It’s time to get back to work. We have a business to run.”

There might be some employee issues but valued employees are always taken care of. I would take the responses more serious if companies like Starbucks and REI would open outlets in the seven countries affected by the travel delay. Overall I don’t see any significant repercussions.

I’m concerned about the distortion of America’s image in the world. We are Coca-Cola, Levi’s, Chevrolet, Walmart and McDonald’s. Those brands and many others will undoubtedly suffer as international consumers dismiss our apparent xenophobia. It could take a long time to recover.

Well put, Cathy. Although I tend to think of proposed legislations in terms of how they will affect families in middle and lower income brackets, if such rules are enforced it will impact not only American consumers, but American businesses – especially heritage brands known for their American-ness.

Obviously these aren’t high-source countries for tourists — or anything else — so I don’t see much, if any, direct impact. A longer term/indirect impact could come if the U.S. is perceived as (generally) unwelcoming, and given the ability of social media to both amplify and distort information, that’s not an impossibility; particularly coupled with the administration’s ability to insult one foreign leader after another.

How should retailers respond? The way they usually do when confronted by a situation which doesn’t much affect them and over which they have little control: don’t do anything.

I am late to this discussion having been in a meeting all day, however, I wanted to chime in. The question being how the ban will impact retail and with that, I agree with Craig that these 7 countries are not high sources for tourists so retail, in and of itself, would see little impact. As for our perception to the rest of the world? We are far from being the only country that questions the vetting process of immigrants from these countries. We are actually one of the last. Everyone is trying to step up to the plate and help but many backfires have occurred, especially in Europe. So, what is the right answer? Can’t say that I know either however this ban was only to be in place for a short while as the details of the vetting process were finalized. Was it executed well? About as well as Ron Johnson at JCPenney and they are still alive and kicking. We all have a lot to learn in this world filled with terrorism… Read more »
1
|
0
-   Share

Braintrust
"Every retailer/supplier needs to assess what impact the ban has on their own business and their unique culture/values and respond as they see fit."

"I’m concerned about the distortion of America’s image in the world. We are Coca-Cola, Levi’s, Chevrolet, Walmart and McDonald’s. "

"Permit folks to get around the “water cooler” to discuss practices, if necessary. Then remind everyone, “It’s time to get back to work.""