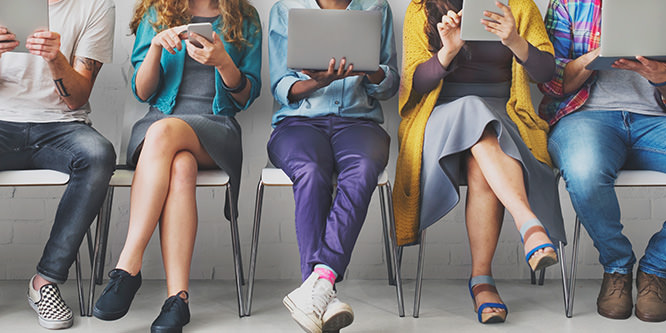 According to the 2016 UPS Pulse of the Online Shopper report, product information — both from retailers and other shoppers — is only increasing in its importance as an e-commerce tool for buyers. Yet only 57 percent of shoppers are satisfied with the ability to see user-generated content or uploaded consumer images.

Asked about the influence of different types of content on a retailer’s website, product reviews ranked first, with 77 percent of respondents finding them influential, up from 73 percent in the 2015 study.

But the influence of content grew significantly in just over the last year in several other areas as well. These include:

The study, based on a survey of 5,330 comScore panelists in January and February, found that the younger the audience the more likely they are to be influenced by product reviews, Q&As, photos submitted by consumers and videos.

A survey of marketers earlier this year by ClickZ Intelligence found content marketing to be the most significant digital marketing trend in 2016, agreed to by 24.6 percent.

In the report, ClickZ said content marketing has been gaining momentum in the last five years and expected it to reach maturity as a discipline in 2016.

“Evidence of a more grown-up approach will include greater adoption of dull-but-necessary processes, organizational structures and measurement rigor as companies seek to scale their content activities,” wrote ClickZ. “The reality of ad blocking will ensure that advertisers focus more on native formats. The growing challenge of getting content seen and heard will increasingly make paid-for distribution of content via publishers and social networks an essential part of the mix.”

DISCUSSION QUESTIONS: What further investments or changes should retailers make to capitalize on the growing popularity of digital content with consumers? Where do you see the biggest challenges?

Please practice The RetailWire Golden Rule when submitting your comments.
Braintrust
"The challenges are the same as Big Data -- a lot of interest but where do we pull the money from when sales are soft?"

"“Content” is such a cold, clinical word in itself. A landfill for the mind. Since the beginning of time, commerce has been about “the story.”"

"Great timing for this post and question, with the annual advertising awards gala in Cannes, France."

13 Comments on "What’s the next step for content marketing?"

Great timing for this post and question, with the annual advertising awards gala in Cannes, France. At Google News, if you search “Cannes Native Advertising” you will see a variety of announcements made there by publishers and brands about launching content studios. The New York Times CEO said the Times is booking $60 million in revenue from its efforts. Obviously, with large newspapers especially concerned about losing revenue from retail free-standing inserts, I have been talking to newspaper execs about their innovations, and many focus on what they call “content hubs” surrounded by product promotions. For instance, a beauty content hub surrounded by beauty products offered by the retail advertiser. Look for these studios to flourish this year.

Just a brief interruption to say welcome, Kim, to the BrainTrust panel. Great to have you officially on board!

Thanks much Rick. I’m humbled to be in the company of your team and the rest of the panel.

Retailers need to do an immediate self-assessment of their content strategy and their ability to execute on it. That’s where I see the disconnect with several organizations. A good thing to do is take a look at the obvious innovators in the biz and see where they are getting the most recent activity. These content channels should be where you start to augment your own capabilities. If you are not certain where to start, just do a simple Google search for one of your key products and see who pops up at the top with paid search and organic. Click on those links to see what content is ranking them so high.

First, this article has truly excellent content! A great deal of relevant information here succinctly told. Thanks Tom. “Content” is such a cold, clinical word in itself. A landfill for the mind. Since the beginning of time, commerce has been about “the story.” It’s ALWAYS about the story. The problem is that most stories are pathetically told. Seldom is content created from the perspective of the reader or viewer. The creator makes huge leaps in logic because s/he has filled in the gaps in their own mind, not realizing the audience hasn’t made the leap with them. The creator is so familiar with the issues they no longer see what might intrigue and engage those being introduced to those issues for the first time. And don’t get me started on the use of jargon and acronyms! Finally, even if your content is about building a compost pit in the garden, put some passion into it! Engage the heart and you’ll be a winner. My best suggestion for those wanting a great story told about their… Read more »
1
|
0
-   Share

The next step for content marketing is video. Entertainment is merging with commerce. If you only have a shopping cart, you’re only speaking to the 1 percent committed to buying. For that reason, retailers looking to ride this trend are adding entire pages of video to their sites with unique URLs like tillys.tv.

The challenges are the same as Big Data — a lot of interest but where do we pull the money from when sales are soft?

Bob, you know I always agree with you! However I’m puzzled by the common perception that it’s “video” that will rule. Of course I’m talking about substantive content not the puppy and kitten stuff. I can read in seconds and minutes what a video takes twenty minutes to tell me. Who has the time to watch videos for their information? Not me.

I suggest five key areas where retailers can focus to improve their approach to content marketing. Keep your agenda trustworthy: Strive to strike a more effective balance between promotion and hype. Resist hyperbole: Challenge yourself to find more creative words to describe yourself to customers, and work harder to home in on specifics that differentiate you from the rest of the market. Be aware of your volume: Resist buying into the belief that more noise leads to results. Be yourself: Resist the urge to sell ahead of capabilities. Your content should reflect what you can deliver and execute with excellence. Personalize your killer instinct: There are many ways to express your focus, intensity and commitment to excellence in business. Find your own way to express your killer instinct. Remember that while the marketplace might tell you humility is a sign of weakness, it can in fact be a conscious way to express strength and confidence. Content and social media marketing strategies are meant to establish the brand as knowledgeable, authoritative, helpful and friendly, leading to… Read more »
2
|
0
-   Share

Shoppers use YouTube, Pinterest and Instagram to explore, educate and compare products and services as well as learn numerous DIY projects. Video is a great vehicle to tell stories. Given all the mobile camera devices almost everyone is a producer. Add to this the aforementioned distribution channels, we all can be publishers.

There are tremendous opportunities for brands to develop content that leverages these channels. Content development agencies/studios that combine creative, a unique understanding of these channels for both online and in-store shopper value and behavior, content curation and cross-channel publishing along with content efficacy analytics will thrive in the forthcoming years.

Today’s customers expect personalized content and they want as much information as possible so customer reviews, friend’s comments, instructional videos, etc. are all critical to giving customers the information they expect. The next big step in content marketing is taking real-time information and marrying it with consumer-generated content to truly personalize the customer experience. Real-time capabilities and analytics enhance the customer experience based on customer context. Customer context — the interrelated factors of customer insights and environmental conditions the make the shopping experience relevant — allows retailers to personalize the shopping experience based on preferences, purchase history, their closet, their most recent online browsing history, time of day, weather, events and their physical location — all based on real-time information. Customer context brings together the digital and physical experience for the customer and enables the retailer to better reach their customer to create true intimacy and brand advocacy.

Content marketing is serious business and serious for business. Consumers will no longer tolerate out-of-date or missing product images, inaccurate data and descriptions, or lack of meaningful information. For years we have seen organizations try and cobble together disparate data sources in an attempt to pass them off to consumers as coherent. I believe those days are over and it’s high time content is taking seriously and managed more intelligently.

Excellent work by UPS! The challenge is one of restraint. With the mediums of broadcasting (and narrow-casting) content proliferating, it will be all too tempting for retailers to inundate shoppers with irrelevant promotional content. This is a walk-before-you-run proposition where helpful content (product information and store navigational assistance for example) should take precedence. Based on my conversations with retailers, many are frustrated by brand marketers’ one-off approaches and lack of strategic content planning. I see retailers starting to take an “if you want something done right….” approach which is unfortunate given the opportunity for brand marketers to forge deeper content collaborations with retailers.

Tom, why are you asking us? You’re the writer, editor, publisher, etc…so what’s the next step? Let me imagine your response…. Tell me about your current process and people, do they feel like they are part of the mission? Are they appreciated? Tell me about the management of that process from idea to publishing to back-list re-publishing. What’s working or not working or why don’t you know what’s working? What is publishing’s role in merchandising? how do you decide what to publish? Describe your various audiences, when do they listen and why? Tell me about your technology, what do you have and where are you going. Is anyone your champion to help pitch for an enterprise content solution? What were some of your really successful efforts and why do you think they worked? Tell me about how you manage media: photography, tagging, rights, special events, capturing user content, how are customers involved in media production, do you have any workflows for them? Oh, about mobile, no wait, I have some questions about analytics, no wait,… Read more »
0
|
0
-   Share

Braintrust
"The challenges are the same as Big Data -- a lot of interest but where do we pull the money from when sales are soft?"

"“Content” is such a cold, clinical word in itself. A landfill for the mind. Since the beginning of time, commerce has been about “the story.”"

"Great timing for this post and question, with the annual advertising awards gala in Cannes, France."