Why ‘radical self-inquiry’ can create a thriving workplace 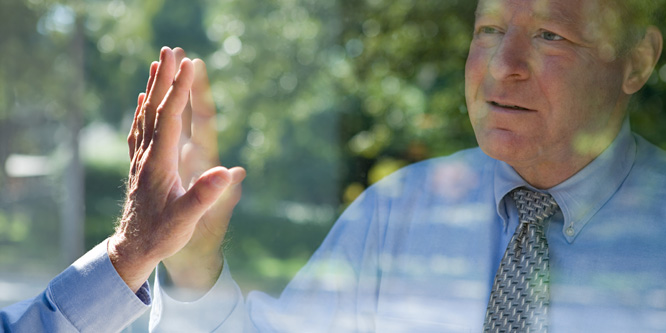 Executive coach Jerry Colonna wants managers to stop focusing on output and achievement. Instead, he wants them to engage in radical self-inquiry, which builds the maturity required for leaders to lift up others, not just themselves.

It’s part of what he sees as a bigger individual rebooting.

“It goes beyond this notion of self-awareness,” Mr. Colonna said in a recent segment of the Knowledge@Wharton radio show on SiriusXM. “I call it radical because we tend not to do it. It starts with basic premises like, ‘How am I actually doing right now? How am I actually feeling? Am I anxious? Am I scared? Am I filled with joy?’ As a leader starts to unpack their issues, they start to ask questions like, ‘What kind of CEO do I want to be? What kind of leader do I want to be? What kind of company do I want to build,’ rather than just automatically going about their business and doing the tasks of every day.”

His book is entitled ”Reboot: Leadership and the Art of Growing Up” because the challenges associated with assuming power often take another level of self-actualization for an individual.

Indeed, he sees most individuals panicking when they step into larger leadership roles as the authority and responsibility becomes overwhelming. He added, “All of the internal challenges that they have start to get amplified by the challenges of actually working in that leadership position. For example, if they tend toward conflict avoidance, then their tendency tends to be exacerbated, and it gets amplified throughout the organization.”

New leaders have to shift their focus from “high output and high outcome” that made them high achievers to creating work environments where staff can thrive and be their best selves. Leaders, he believes, also have to recognize how “intricately, intrinsically linked” personal and work lives are.

“We’re all faced with those step-function changes in our lives,” said Mr. Colonna. “My advice is, I’d rather see someone go through that consciously with an awareness about what’s going on for them — radical self-inquiry — rather than have it happen to them and be blindsided by those forces.”

DISCUSSION QUESTIONS: Do the skills that help individuals initially succeed often become detrimental with greater leadership roles? Is there a disconnect between traditional leadership practices and personal happiness? What advice would you have for someone taking on bigger leadership roles?

Please practice The RetailWire Golden Rule when submitting your comments.
Braintrust
"This refreshingly holistic approach will help leaders across sectors, including retail."

"Those who thrive in today’s organizations have many similar characteristics. I think one of these is the ability to “manage up” as well as “manage down” equally well."

This refreshingly holistic approach will help leaders across sectors, including retail.

High-performers may thrive in their chosen function, yet when they move into leadership, they need to think across functions and focus on people rather than projects.

Yes, traditional leadership practices can undermine personal happiness. I’ve written and presented on how business schools need to balance the traditional, rational training with an emphasis on mindset, self-awareness and empathy – often dismissed as soft skills yet crucial to help leaders take risks and succeed. This balance matters because when leaders feel their best, they produce their best work.

This summer, I coached someone on how to convince decision makers he was ideal to take on a bigger leadership role. We accentuated his strengths, emphasized how his experience benefits others (we mindset vs. me mindset), and articulated how, unlike his rivals, he has evolved from a competitive Darwinian silo to create a track record of collaborative teams, which helped elevate everyone. He got the job.

Successful career advancement often requires a form of personal self-disruption. As the individual is presented with new challenges and responsibilities, they need to develop new skills and broaden their perspective. The advice I would give someone taking on a larger leadership role is to be mindful that the skills and approach that got them to where they are will likely not be the same ones they will need to succeed as they advance in the organization and take on new and more complex challenges.

This may be overthinking the issue. What you need to recognize if you want to advance, at any new supervisory level, is a.) what got you here, b.) how you help others who want to do the same thing, and c.) what is your next level and what does it take to move to your next level.

Those who thrive in today’s organizations have many similar characteristics. I think one of these is the ability to “manage up” as well as “manage down” equally well. Just connecting with your management upline is no longer sufficient for effective leadership. You need to get the advocacy of those you manage in addition, so the seamless effectiveness of the organization continues top to bottom, as well as across business functions.

No question. To have innovative companies you need innovative leaders, those that look to transform themselves in order to support what the company and team needs as it evolves. It’s very likely that those things that work in the beginning (of a career or of a company) will become detrimental if they become immovable and fixed later on. The only constant is change. And it requires a big person (a grown up person as coach Jerry would say) to be able to handle that over time.

Absolutely! Success often comes from looking out for #1 — sometimes at the expense of others. Leadership is about looking out for everyone else. Sadly, we’ve all now seen … well, I won’t go there….

The climb up the ladder of success/responsibility involves a lot of learning. And one of the lessons learned…finally…is that not only does the learning never end, but at some point teaching and mentoring as added to the list. And yeah, learning skills are different than teaching skills.

Braintrust
"This refreshingly holistic approach will help leaders across sectors, including retail."

"Those who thrive in today’s organizations have many similar characteristics. I think one of these is the ability to “manage up” as well as “manage down” equally well."