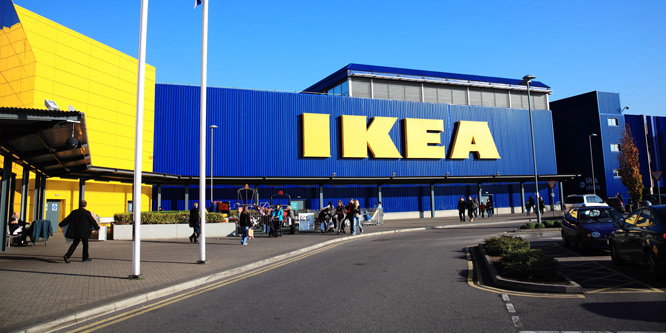 IKEA’s workers in the U.S. will have a new perk in their employment packages beginning on Jan. 1. The company announced that it is expanding its existing policy to offer up to four months of paid parental leave to hourly and salaried employees.

The new leave policy covers new mothers and fathers as well as those adopting a child or becoming foster parents. Under the new plan, individuals who have worked with IKEA for a year will be eligible to receive 100 percent of their base pay for the first six weeks of leave and 50 percent for the next six. Those who have been with IKEA for three years or more will receive 100 percent of their base wages for eight weeks and 50 percent for the next eight. These perks are in addition to the six to eight-weeks of disability pay available to workers regardless of their time with the company.

Only 12 percent of private sector workers have paid parental leave through their companies, according to USA Today, citing Labor Department data.

“At IKEA, we believe time with family and friends is so important for a healthy work-life balance and a happy and productive workforce,” said Lars Petersson, IKEA US president, in a statement. “This benefit, which applies to all parents, will give our co-workers the opportunity to spend more time with their families when welcoming a child. Our co-workers are our most important resource, which is why we continue to invest in helping them reach their dream.”

In a press release to announce its new policy, the furniture chain explained that it recently conducted an employee survey and found that achieving work/life balance was among workers’ top personal priorities.

IKEA is touting its leave policy and other steps as evidence of its employee-friendly culture. Other initiatives include:

DISCUSSION QUESTIONS: Will the steps IKEA has taken positively affect its employee recruitment and retention efforts? How competitive is the market for retail employees? How else are retail employers gaining an edge over competitors in the hunt for hourly and salaried talent?

Please practice The RetailWire Golden Rule when submitting your comments.
Braintrust
"In the battle for talent, organizations like IKEA will have an edge. "

"In today’s economy, many people have few options but to choose retail as a career."

"The battle for talent in retail will only get tougher as the U.S. approaches “full employment.”"

In the battle for talent, organizations like IKEA will have an edge. To a great extent, front-line retail is considered a transient or stepping-stone job. Relatively low pay, generally poor benefits and bad hours — it’s not hard to understand why it’s difficult to attract and retain great talent. Retailers like IKEA and others are rightly realizing that these front-line employees are critical to their success, and when you provide pay and benefits that enable them to live well, they will be more productive and engaged.

In today’s economy, many people have few options but to choose retail as a career. IKEA makes a huge statement here with practices and policies that value employees wants and needs. Other retailers in the U.S. are distinctly behind in this area. Kudos to Lars Peterson for being progressive. It’s not only an employee benefit in my book. Think of the power and reach into each employee’s network of family and friends — happy employees referring more employees and helping their network feel great about shopping at IKEA.

Of course this will have a positive effect. IKEA is a step up in class compared to most retailers. Like Costco or Trader Joe’s they need young, fit, good-looking and quick-on-their-feet people. To attract people like this who are in demand by other sectors as well, they must up their game. Every good employee they hire is one less good employee the competition can hire. I’ve got no further suggestions for IKEA; they seem to know what they are doing.

The battle for talent in retail will only get tougher as the U.S. approaches “full employment.” As retailing becomes powered by more technology and associates are expected to be more knowledgeable and seriously execute to delight their customers, the need to not only attract but retain employees will become a strategic imperative. To the extent that retailers invest in and communicate with their employees, they differentiate the industry from others.

IKEA is doing all the right things on both the recruitment and retention fronts and should benefit from that vis-à-vis competition and in building loyalty with both associates and customers. Just as retailers are viewing customer engagement as an experience, the retail associates’ interaction with the company also needs to be viewed as an experience that is constantly evaluated.

My thought here is “what’s not to like?” If you have a child it will help you — or at least won’t hurt you. If you don’t, you’re unaffected. Perhaps it reduces corporate profits, but that’s management’s problem (if it’s a problem at all … IKEA is a private company, isn’t it?).

The only negative I can think of is that money that might go to raises for everyone now goes to leave-pay for a few. But that thought seems so … what’s the Swedish word for “cynical”?

This is a good benefit, but is not a reason to work at IKEA. Many employers already offer 16 weeks of leave after the birth of a baby as part of their medical insurance and leave benefits. Some states require this. IKEA needs to really step up to compete with Starbucks and others who are on a better track (with full benefits for part-time workers and educational reimbursement for workers).

Braintrust
"In the battle for talent, organizations like IKEA will have an edge. "

"In today’s economy, many people have few options but to choose retail as a career."

"The battle for talent in retail will only get tougher as the U.S. approaches “full employment.”"