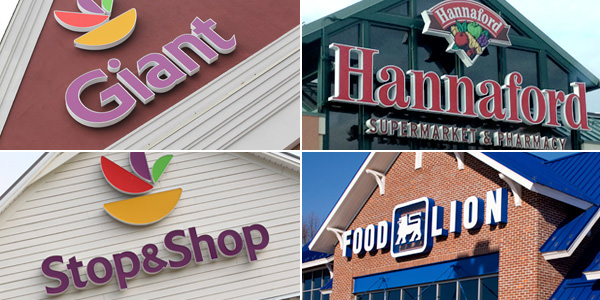 Now that the deal has been made, getting Ahold and Delhaize shareholders to vote to approve a merger between the two grocery giants will probably turn out to be the easiest part of the process. That’s because Ahold and Delhaize still need to gain approval from regulators in the U.S. After that, they’ll need to figure out how to compete against the likes of Kroger, Publix and Wegmans while going through a major corporate integration.

In a conference call earlier this month with analysts, Ahold CEO Dick Boer said he was excited about the synergies that should be realized as a result of the merger with Delhaize.

“Our integration teams with both people from both Ahold and Delhaize are fully up to speed, getting our companies ready for day one, while respecting the legal limitations until the merger is in effect, of course,” said Mr. Boer.

According to a Wall Street Journal report, Ahold’s Giant and Stop & Shop chains were able to gain market share in the New York and Philadelphia markets in the most recent quarters as they drew in customers following the bankruptcy of A&P. The story was less positive in Boston and Washington, D.C. where same-store sales increases were in line or slightly ahead of the rate of inflation.

Delhaize continues to push its Easy, Fresh & Affordable initiative at Food Lion. The chain has remodeled 162 stores to date with another 142 slated for remodels in 2016.

DISCUSSION QUESTIONS: What do you see as the biggest challenges Ahold and Delhaize will face as they go through the merger process? How will integrating the two companies affect the competitive positions of the supermarket chains they operate?

Please practice The RetailWire Golden Rule when submitting your comments.
Braintrust
"Culture, culture, culture, and, just in case they don’t get it right in the first 90 days, get the organization to focus on culture. The professionals in both organizations have bright people who can and have developed strategy."

The biggest challenge is what to do with Food Lion. The stores are small, low-volume and low-sales per square foot. Goofy offshoots like Sweet Bay, Bloom and Bottom Dollar crashed and burned, forcing Food Lion to close stores by the bushel. Really it does not seem like a division they would want to invest in because of their Sears-esque failure. Now Publix and Wegmans are marching into Food Lion territory. My guess is there will be a lot of store closures. The name Food Lion has been associated with failure for nearly 25 years and appears to be the new A&P, the chain all the competitors are grateful for so the competitors can’t ever fall into last place. The next challenge is how to minimize sales losses during the learning curve integration. Usually the acquired company will drop about 15 percent in sales as employees and customers try to adjust to a new owner and vice versa.

The variety of formats and consumers served are the biggest challenges. Finding a competitive position that works across this variety may be diluted if it tries to cover all options. If they create a strong single position, some formats will not fit.

The professionals in both organizations have bright people who can/have developed strategy. They have to open stores and warehouses and run distribution facilities every day, so they have execution experience. And, each chain has been involved in structure modifications over the years.

If these two giants are to find the best practices within the various banners, they will do well to make sure they blend the disparate cultures that will exist. Take a lesson out of the Kroger playbook. Spend the time listening and then thoroughly explaining why new steps are being taken.

Eventually (within 3 years, faster on many of the issues) the combined company has to be working off the same game plan.

Both companies have suffered from huge failures on US soil including Bruno’s, Tops, Ukrops, Food Lion, Bloom, Bottom Dollar, and Sweet Bay. Perhaps they will focus on the more successful formats such as Giant, Stop & Shop, and Hannaford. There should be winners all around as Ahold-Delhaize use their economies of scale and the competitors benefit from store closings.

However, both companies seem to be trying to survive and grow through merger and acquisition rather than building new popular and successful supermarkets. Finding a happy place in the mediocre middle will be difficult because the middle is getting smaller. Perhaps focusing on the next acquisition of a middle of the road mediocre grocer will be their next challenge. Maybe Winn-Dixie-BI-LO?

The challenges will be the same as in any other merger — you have to get past the arm wrestling stage and find a quick way to make common cause.

Many years ago, Larry DelSanto, who had made a career out of M&As, told me that, on reflection, the most efficient merger strategy was to flip a coin between the two companies and have the “winner” of the toss march the “loser’s” executive team out to a wall and then mow them down with a machine gun.

Now, that’s a bit drastic — and for the record, was said tongue-firmly-in-cheek, but his point was that after all the dust settles, the problem isn’t the regulators or competition, it’s the blending of two or more cultures, no matter how similar they may look from the outside.

As to competitive positioning, it all depends on how long it takes to integrate the cultures. One thing for sure, the market mathematics of mergers never add up to what people hope for, there is always share lost.