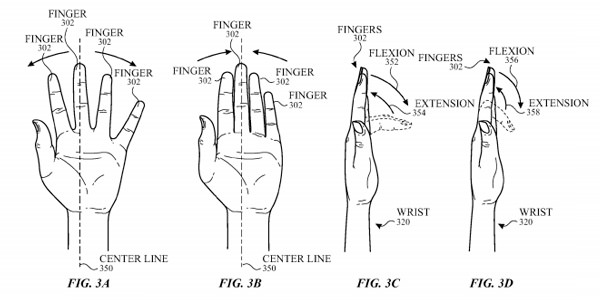 While wearables like personal health trackers have seen mass adoption since their release, the Apple Watch has not caught on quite like industry watchers had speculated it would. But a recent patent shows that Apple hasn’t stopped pushing the product forward. The patent details a feature that could change how consumers use the smartwatch and how retailers and CPG companies leverage it.

Apple patented a technology that can read the hand gestures of a person wearing the device using light sensors. The system is capable of analyzing and responding to movements of the tendons, bones and ligaments within the wrist and interpreting them as commands, reports ZDNet. The technology is also capable of recording the gestures and using that data to anticipate future commands.

Were this technology implemented in Apple Watches, gesture control might be used in applications to streamline a hand-intensive task like shopping. For instance, theoretically, if the device could distinguish gestures on a granular enough level, it could read the specific type of gesture a customer’s hand makes when reaching for a particular kind of packaging on a particular shelf. This could enable an Apple Watch app to trigger reminders, promotions or discounts based on the behavior.

Apple has yet to reveal the actual number of Apple Watches sold since the device’s release, but it has received criticism from some big names in the tech industry. Apple co-founder Steve Wozniak indicated the Apple Watch was off-brand in an Ask Me Anything session on Reddit in March.

“I worry a little bit about … I mean I love my Apple Watch, but … it’s taken us into a jewelry market where you’re going to buy a watch between $500 or $1,100 based on how important you think you are as a person,” Mr. Wozniak said.

In an interview with Telegraph, FitBit CEO James Park indicated that Apple Watch’s problem was overkill, with too many potential uses that confuse consumers.

Please practice The RetailWire Golden Rule when submitting your comments.
Braintrust
"Instead of filling in the "not sure" answer on the poll, I really wanted the choice of saying "I hope not." Things are getting out of hand, excuse the expression."

"Identifying a product by the muscles and tendons used to pick it up sounds unlikely, as people use their bodies differently and most products have similar packaging."

Anyone that knows what I do knows that I’m an evangelist for natural user interfaces and gesture is a big part of it. Specifically I’m an advocate for the use of gesture with product displays in retail — but not on a watch or in this way, so I don’t buy into Matthew’s use case.

These are intentional gestures that must be in the field of view of the watch. Reaching for something is not going to trigger them and being in the line of sight of the watch in the described scenario would be hit or miss at best.

Another issue with custom gestures is that the user needs to learn device- and app-specific gestures and remember them, versus universal gestures or those interpreted by contextually aware artificial intelligence systems.

Just because Apple patents something doesn’t mean it will be used nor have any commercial value. I believe they already have other gestures or gesture use cases patented and Microsoft has custom gestures patented too. Glad to have the discussion on RetailWire though!

Instead of filling in the not sure answer on the poll, I really wanted the choice of saying “I hope not.” Things are getting out of hand, excuse the expression.

I liked Steve Wozniak’s comments, however. He is very down-to-earth about things, which is a good thing. Especially his comment about: “Based how important you think you are as a person.” You go, Woz!

Okay, so a person would need to learn a form of sign language to make their Apple watch potentially worth the money they paid for it. I think this is a solution looking for a problem.

Identifying a product by the muscles and tendons used to pick it up sounds unlikely, as people use their bodies differently and most products have similar packaging. However ignoring the gesture recognition technology for a moment, the article’s goal can be accomplished with another system that’s being worked on currently: identifying a product’s electromagnetic resonance — check this out.

As an aside, Apple Watch concerns are overhyped. Many in the media can’t resist hyperbole when it comes to Apple. The luxury watch market is old and entrenched, yet as of Feb 2015 an Albatross study found that 27% of luxury watch buyers already preferred the Apple Watch. That’s very strong results for a brand new entry into the market, and one which will continue to gain new capabilities as technology improves.

Most of the technology Apple has brought forth has crossed over to the “real” world either in technological applications or in the created verbiage. Eventually, consumers and marketing communications begin utilizing it in a “functional” manner outside of the apple technology operational world.

Customers will, without a doubt, adopt and utilize the technology daily. It’s convenient, a time saver, and smart. Retailers that can enhance the shopper experience, optimize inventory, and CRM programs with gesture technology should begin exploring how to best utilize it and capitalize on it.

Braintrust
"Instead of filling in the "not sure" answer on the poll, I really wanted the choice of saying "I hope not." Things are getting out of hand, excuse the expression."

"Identifying a product by the muscles and tendons used to pick it up sounds unlikely, as people use their bodies differently and most products have similar packaging."