BJ’s Wholesale Club is going back to Wall Street 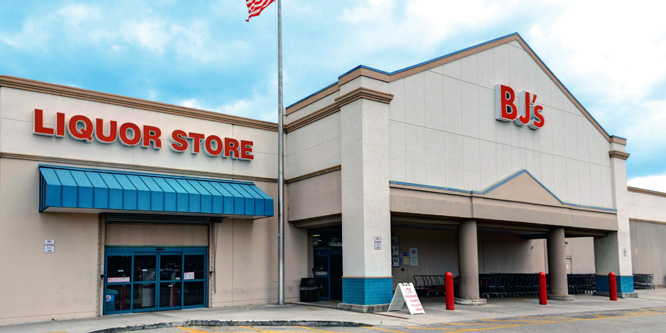 BJ’s Wholesale Club announced yesterday that it has filed paperwork with the U.S. Securities and Exchange Commission (SEC) with the goal of listing its stock for public purchase on the New York Stock Exchange under the BJ ticker symbol.

The retailer, which operates 215 clubs and 134 gas stations in 16 states along the East Coast, was taken private in 2011 by the private equity firms, Leonard Green & Partners and CVC Capital Partners, for about $2.8 billion. BJ’s has opened 25 new clubs and spent more than $230 million to upgrade its systems and technology since being acquired, according to the filing with the SEC.

BJ’s has managed to improve its profitability since going private, a feat largely accomplished through greater efficiency as its sales growth have not improved in a significant way. The warehouse club, which charges $55 a year for its base membership, generated $259 million last year from its annual fees, according to The Wall Street Journal. BJ’s renewal rate is 86 percent, based on the same report.

Just how much BJ’s management expects to generate from the IPO is unclear. The company’s filing pegged its preliminary goal at $100 million while a Journal report last month said BJ’s owners were looking to bring in $400 million.

DISCUSSION QUESTIONS: Do you see BJ’s planned IPO as a strategic move or simply a way for the chain’s private equity owners to cash-in on their investments? How will going public affect BJ’s business going forward?

Please practice The RetailWire Golden Rule when submitting your comments.
Braintrust
"It’s hard to fault them for trying to cash in on their investment. "

"Good move for BJ’s to reward past contributions, broaden the base of investors and increase their profile."

"This is how the plan is supposed to work when a private equity firm buys a retailer."

Not knowing the exact numbers, I would say that this is a way for the private equity owners to cash in on their investment and help to reduce the debt burden on the business. However, going public brings with it the pressures from Wall Street to deliver guidance and the numbers constantly and every move by the business comes under scrutiny. Not bad, not great.

Exactly what Bob said. Could not have said it better.

Good move for BJ’s to reward past contributions, broaden the base of investors and increase their profile. A public offering sets the stage for acquisition and expansion, and the increased scrutiny on major executive decisions, while a burden, can only help.

This is how the plan is supposed to work when a private equity firm buys a retailer. The private equity goal is to restructure the company making them more profitable and more successful then, at the appropriate time, take the company public. I’m not a fan of private equity takeovers because too often they never accomplish anything more than driving the company they purchased out of business due to too much debt. But in this case with BJ’s, it worked. When the company goes public, Leonard Green and Partners will make a considerable profit, and the trend will continue with more private equity firms buying up other retailers. What is unfortunate is that many retailers have an opportunity for more business if they have better leadership focused on long-term growth and not short-term profit. They need to provide more staff at the store level with associates that are well-trained and know how to “wow” the customers; they must offer better buying online opportunities that work online as well as in-store. Most importantly, they need to… Read more »
2
|
0
-   Share

It’s hard to fault them for trying to cash in on their investment.

I wouldn’t buy this stock though, it’s hard to see how BJ’s is going to continue to compete with Costco and fend off Amazon (from a price/value perspective).

If you add on that membership-based businesses are going to grow and not shrink, I don’t see an upside for shareholders.

BJ’s is simply trying to cash-in while they can. Their model is not growing in the face of incredible pressure from Costco and Sam’s (and Sam’s just closed 60+ stores), as well as Amazon. Going public will force greater transparency and improved profitability, if this is even possible for BJ’s. The clock is ticking and the private equity firms who own BJ’s know this. Good luck!

This is cashing out, plain and simple. And with market sentiment around retail much stronger than it has been, now is the right time to do it.

I am not sure I see the benefits of being public. In fact, given the short-termism of Wall Street and their general lack of retail knowledge, I think being public could be a bad thing for BJ’s!

So relatively small and unproductive … I don’t see a great future for them.

This is how PE firms work. Take companies private, fix it and then IPO to generate returns for the firm. Once the company is publicly listed it won’t be shielded from Wall Street returns demand and will have to function accordingly.

Braintrust
"It’s hard to fault them for trying to cash in on their investment. "

"Good move for BJ’s to reward past contributions, broaden the base of investors and increase their profile."

"This is how the plan is supposed to work when a private equity firm buys a retailer."