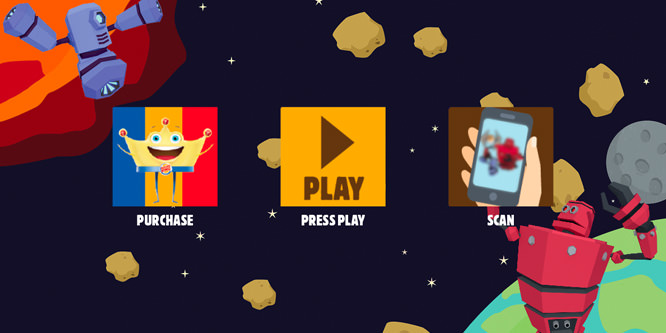 Burger King has made a lot of moves locally and globally to reposition as a fun, cool fast food chain since the arrival of CEO Daniel Schwartz in 2013. Now the company is piloting something abroad that brings cutting-edge entertainment technology to the concept of the kids meal toy.

Retailers have been trying to figure out what to make of augmented reality gaming since the explosive release of Pokémon Go in July. The game rode a huge wave of popularity upon its launch, banking 15 million downloads just a few weeks after it hit Apple’s online store. The game’s capacity to bring people into physical locations seeking in-game rewards resulted in retail partnerships both official and ad hoc. But by August, outlets like GMA News Online were reporting that the game had already lost 15 million active users, a third of its total user base.

Despite the dropoff in active users, some big retailers are still making moves to situate themselves in the Pokémon Go universe. Starbucks, for instance, recently partnered with creator Niantic to turn all of its locations into in-game “PokeStops” to draw players into the stores.

DISCUSSION QUESTIONS: Will retailer-branded, in-house augmented reality games work to draw kids and adults into stores? Would retailers do better to latch on to existing gaming fads, such as Pokémon Go, or develop their own AR games?

Please practice The RetailWire Golden Rule when submitting your comments.
Braintrust
"The effort by a retailer to invest in developing their own consumer game, promoting it and maintaining it is high risk."

"Call me old-fashioned, but I think all of these fast-food joints should focus more on the food they serve and less on games, AI and otherwise."

6 Comments on "Burger King launches its own augmented reality game"

When Starbucks partnered with Niantic to leverage the buzz associated with Pokémon Go, there was little downside risk or investment for the retailer. The game has lost a significant amount of momentum as the initial wave of interest tailed off, but Starbucks is still benefiting from the dedicated user base.

The effort by a retailer to invest in developing their own consumer game, promoting it and maintaining it is high risk. Partnering with existing entertainment and game providers allows the brands to be agile and have more active touchpoints with the consumer.

Games will amuse and entertain customers and surely children will like them, too. Call me old-fashioned, but I think all of these fast-food joints should focus more on the food they serve and less on games, AI and otherwise.

A sidebar thought: The landmark Carnegie Deli, the iconic Jewish restaurant on Seventh Avenue and 55th Street, down the block from Carnegie Hall in New York City, is closing its doors today after nearly 80 years in business. Maybe Burger King can snap up this location. It’s what the world needs: more Burger Kings and more games.

Pokémon Go rocketed to fame and fizzled out almost as quickly. This is the nature of fads. Burger King and others will try to recapture that magic. Some may hit. Most will fail. It’s good to see them try, as only through trial and error is there potential for great success.

The key thing here is that whatever is introduced to draw kids and adults into stores will likely be short-lived so a continued level of creativity and relevancy is required to keep coming up with new ideas. This is likely to work for a while and if the business case works with this in mind then they should go for it. Kids and adults alike are drawn to augmented reality games and the restaurant could see a flood of new customers as well as more frequent visits from occasional customers as a result.

Gimmickry, anyone? Suffice it to say this isn’t going to be a “make or break” for any retailer: it will either be a nice bonus for good retailers or a distraction for poor ones. Burger King needs to get its food right, more than develop video games.

Give credit to Burger King for functioning in today’s milieu, trying new, forward-looking, appealing promotions, like AR. I would think that their own reality game would stand out from existing games, but maybe the appeal is to the existing AR games.

Braintrust
"The effort by a retailer to invest in developing their own consumer game, promoting it and maintaining it is high risk."

"Call me old-fashioned, but I think all of these fast-food joints should focus more on the food they serve and less on games, AI and otherwise."