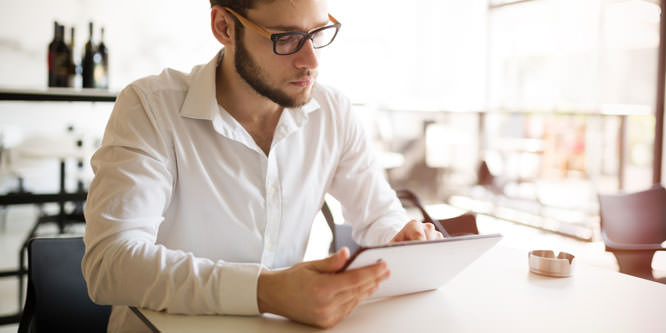 According to Crowdtwist’s 2016 Gender Loyalty Report, filling out a survey ranked as the top way consumers want to earn loyalty points beyond purchases.

Surveys — chosen by 82.8 percent of women and 75.2 percent of men — fit into consumers’ desire to have more two-way conversations with brands and even contribute to their success, according to the loyalty and analytics company. “That means being an advocate, amplifying the brand on social media, playing a role in product development and offering feedback, among other examples,” Crowdtwist wrote in its report.

Other ways consumers would be open to earning points for engagement include:

Motivating consumers to complete surveys or update their personal information in a loyalty program can help brands better market to consumers. Incentivizing members to visit brand websites or watch videos helps educate consumers and speed up their path to purchase.

Not surprisingly, discounts and cash-back top the list for desired rewards for both genders in loyalty programs.

DISCUSSION QUESTIONS: Could engagement rewards help loyalty programs reduce their reliance on discounts and cash-back incentives? What are the best and worst ways to reward customers for engagement?

Please practice The RetailWire Golden Rule when submitting your comments.
Braintrust
"These engagement activities help, but ultimately will not be enough to overcome the lack of differentiation and customer relevance."

"On the contrary, I only complete surveys for brands in which I am already heavily engaged."

"If “visual is our language” (Paco Underhill) for better engagement, the conundrum is this: too much clutter in stores makes shoppers tune out..."

It’s hard to say definitively if engagement rewards will help the bottom line. Sure consumers want to be rewarded for engagement, but that’s sort of an easy mechanism to rewards, especially if visiting a website earns points. There is still a big leap from opening an e-mail or posting on Twitter to sales conversion. A lot will have to do with the brand, product category(s), conversion mechanisms and, most importantly, the audience being targeted.

It’s clearly a worthy idea that warrants a trial. If it works then discounts, coupons and cash-backs might not be so necessary.

It’s a terrific idea, but it probably must be very low friction to see much adoption. So packaging this in the form of creative and relevant programs is important. In the end, you can see how those who drive the purchase points-based loyalty effort must partner with marketing/creative agencies to make this work at scale.

Points and cash-back may top the list in 2016, but going forward retail needs to move away from the race to the bottom on price. We’re going to have to be more creative on social media, more creative in ways to improve the brand experience and more thoughtful in considering ways that brands can improve consumers’ lives. The opportunities are limited only by imagination.

In traditional loyalty programs, engagement rewards — really engagement recognition in the form of point accruals — are not economically sustainable by themselves. So the answer is no, they won’t replace them but they can be effective when they do what loyalty programs ultimately need to do: result in a better customer experience. That’s why surveys (listening to customers) and completing profiles and updating preferences (broadening customer insights) are important.

Loyalty programs have become entirely too transactional and engagement has suffered. There has been a 20 percent decline globally in participation among affluents (according to Collinson) and satisfaction levels have declined in tandem. Too many programs, too little differentiation and too little relevance. These engagement activities help, but ultimately will not be enough to overcome the lack of differentiation and customer relevance.

Filling out surveys is suspect in my book, based on this new data.

Shopping experience correlates to price. A race to the bottom of pricing inevitably leads to a future of commoditized products and boring stores. Experiences add value through discovery of product features, benefits and uses. And experiences hit the “buy” button in our brain. Shopping has wide-ranging sensory appeal and visual communications is the most impactful. “Visual is our language” said the author of “Why we Buy,” retail guru Paco Underhill.

Loyalty programs are a tactical platform that must be maintained if they are to be used to bolster the numbers, but in-store visual communications is brand-building through improved customer experience and engagement.

Frankly, I tend to look at this equation from the other end of the street. I do not become more engaged in brands by completing surveys. On the contrary, I only complete surveys for brands in which I am already heavily engaged. For example, Woodworking Magazine regularly surveys me on which topics I most want to see articles about or which cover is most likely to get me to buy the magazine on a news stand. I respond because I know this influences my likelihood of getting the content I want. As for increasing purchase intent in a brand I am less engaged with, the impact is roughly equivalent to a price incentive — is it so cheap that I say “what the heck?” — with about the same level of impact on my likelihood of repurchase: none.

If “visual is our language” (Paco Underhill) for better engagement, the conundrum is this: too much clutter in stores makes shoppers tune out, especially with tens of thousands of packaging competing for the engagement. The human brain only comprehends 1 of every 20,000 things the eye sees. So in order to reward shoppers for engagement, we have to provide the base elements of relationship building first, and that comes from human contact and conversations. If retailers can aggregate and really listen to what shoppers deem relevant, rewards for engagement will work. But the biggest barrier I hear about from shoppers is “I give retailers information that can really help them customize and personalize for me, but they don’t do it.” So many retailers have done it wrong, that in order to win at scale, they’re going to have to invest with tech and marketing partners to re-set the effort and go slow to go fast. It’s not cheap but it it sure as heck beats the march to the bottom that continual discounts inevitably lead… Read more »
0
|
0
-   Share

I think this is a real component for true loyalty. We need to be aware that just because you have a high penetration of loyalty program member customers doesn’t mean they actually prefer to shop with you. These ways listed in the article are definitely the next step to driving real engagement and passion for the retail/CPG brand.

Braintrust
"These engagement activities help, but ultimately will not be enough to overcome the lack of differentiation and customer relevance."

"On the contrary, I only complete surveys for brands in which I am already heavily engaged."

"If “visual is our language” (Paco Underhill) for better engagement, the conundrum is this: too much clutter in stores makes shoppers tune out..."