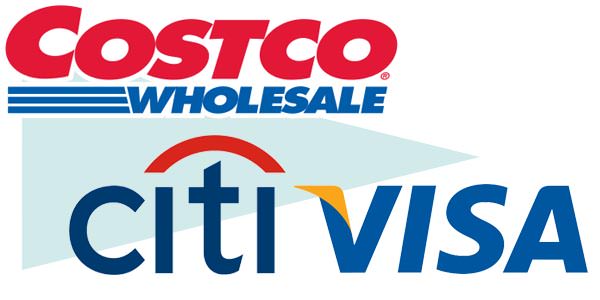 Currently, Costco pays approximately 0.6 percent on each transaction as part of its exclusive deal with American Express. AmEx charges most merchants 2.45 percent per transaction. The even lower fee with Citicorp and Visa reflects the increased leverage of the second-largest U.S. retailer as well as the banking appeal of Costco’s affluent customer base.

When news arrived that the 16-year deal with AmEx was ending, some felt Costco might shift strategy to start accepting many forms of card payments as a convenience to shoppers. Only cash or debit cards are accepted outside of AmEx at the chain.

Customers will gain some convenience as more own Visa cards.

But concerns are already arriving over potential headaches transitioning to new cards. Customers are being assured that replacing current cards will be as easy as opening the mail although a similar switch in Canada led to long lines in stores.

More critically, many consumers want at least the same perks as the AmEx co-branded card. Costco’s basic $55 annual fee enables members to apply for an Amex card that rebates three percent of most gasoline purchases, two percent on most travel and restaurant spending, and one percent on other purchases. Doubling the membership fee to $110 to earn a Costco AmEx card adds an annual check for 2 percent of most Costco purchases.

Costco said the new card will provide "generous rewards" but can’t offer specifics with final details with the banks being worked out. Apparently its low negotiated swipe fees and other deal incentives will help.

Will Costco gain a competitive advantage from its low-fee Visa/Citi credit card deal? Should other retailers rethink their openness to accepting various forms of payment in favor of the cost benefit of exclusive credit card deals?

Please practice The RetailWire Golden Rule when submitting your comments.
Braintrust
"Overall they will gain an advantage. More Visa card holders, and cash and debit are accepted. In the end, as Jim Sinegal always said, "You just can’t get too focused on worrying about what’s going to happen in the next quarter. You have to worry about where the business is headed long-term." Long-term move for Costco and in the long run it will work well."

Overall they will gain an advantage. More Visa card holders, and cash and debit are accepted. In the end, as Jim Sinegal always said, “You just can’t get too focused on worrying about what’s going to happen in the next quarter. You have to worry about where the business is headed long-term.”

Long-term move for Costco and in the long run it will work well.

If the Visa benefits to the consumer are equal to or better than the Amex program there will be some advantage to Costco just based on the higher number of Visa cards that are held. Costco’s history suggests that they will put their customers first so this move has the potential to bring more shoppers to Costco.

This could be a huge inconvenience. A lot of people have their credit locked up for safety and privacy. In order to obtain a new card they would have to apply for one, which means allowing someone to look at your credit report and paying fees to have it unlocked. The only Citi card I have is a Mastercard so I’m out of luck and I’m not interested in adding any new cards. It won’t stop me from shopping, I will just pay cash. Most people expect an overall return on their credit card to be around 1.5 percent in cash or similar. I only use Discover if they pay me 5 percent. Amex pays me 1 percent to 5 percent plus points to redeem for gift cards. Capital One is just a straight 1 percent. My overall average is about 2.2 percent return, but I take advantage of every kickback scheme. My concern is how will Visa pay me an expected rate of return if their transaction charge is so low? Costco can get… Read more »
0
|
0
-   Share

Logic says more cards holders is a good thing. It also says I like the benefits I had and don’t want them changed. Note I didn’t say taken away. People use a particular card for the benefits it brings. You may be successful in making changes with the existing card base IF the perception is that it is a better deal, but even then there will push back.

That said, I am not happy with the move. Will I quit shopping Costco? No. But will I voice my displeasure? Yes.

Costco’s economic benefits of saving 0.6 percent per transaction are irrelevant if shoppers feel they are taken advantage of. Thus far, the blame for the inconvenience of switching falls equally on Costco and Amex. If consumers feel cheated by the switch, they will be ticked off and blame Costco. But this need not happen. There are good reasons to think shoppers will benefit. First of all, shoppers will gain a card network with far higher acceptance. They may have the option to roll over and not have to reapply. Second, Visa/Citi will have more revenue to share back in the form of rewards. Benefits will accrue to Visa via higher interchange fees. Although the Amex switchers tended not to carry balances, there is also the potential for higher-interest income. Finally, other Visa issuers besides Citigroup may compete with favorable terms on their non-cobranded (but still accepted) Visa cards. As for the last question, other retailers should not seek exclusive credit card deals. In a world of mobile wallets and increasing choice for consumers, retailers need… Read more »
0
|
0
-   Share

Despite being a membership-based outlet, there is solid research indicating that companies build their biggest strength by pursuing new customers. To take this penny saving deal while eliminating Amex loyalists seems quite imprudent.

Obviously we will see what happens. But Costco’s move appears to eliminate a big tent in favor of some near-term savings and hope for higher loyalty sales (which research shows will likely be quite small). This seems very short sighted.

In a consumer environment, the exclusivity vs. openness debate usually falls on the side of openness as it creates more choices for the consumer. I don’t expect that to change in the future.

That said, Costco is a unique example and while exclusivity has worked well for them in the past and I expect it will continue to in the future, it is not a cookie-cutter model for retail in general. It has to be part of the overall strategy and integrated into the customer experience.

I’m with the “unhappy with Costco” group. I’m going through the same thing with REI who is also switching AND I have my children’s monthly health insurance premiums and other auto-pay accounts going through these cards. This means I will be forced to go through the brain damage of contacting each and setting up new auto-pay arrangements. THANKS A LOT COSTCO and REI — I’M UNHAPPY and don’t understand why new and better deals couldn’t have been negotiated with their existing credit card companies.

This deal expands their pool of customers as more people have Visa than Amex and it reduces their transaction costs, so this should be a net gain for Costco as long as the transition from Amex to Visa goes well and the benefits are perceived as comparable.

Very few retailers have the scale and desired demographics as Costco so if your company does, an exclusive deal could benefit. Otherwise, putting up as few barriers as possible to making a purchase would seem to make sense.

A 2 percent boost in profit through savings is HUGE. For example, In some companies 2 percent to the bottom may be an extra 25 percent of their total profit. As a very basic example, if 2 percent savings adds $1,000 to the bottom line, how much merchandise has to be sold to make an extra $1,000 of net profit? What could you use that extra money for beyond simple profit? Marketing, PR, a remodel, etc.? How can that extra money make you more money? The advantage is, as mentioned, huge.

This may sound a little obvious, so forgive me. It could be savings because of an exclusive credit card deal or any other way to save money, saving money is something that every businesses should take advantage of. And getting a savings that others might not be able to get because of size, volume, etc., gives any company a leg up on their competition.

For Costco, this is great. They have a membership based model with a large loyal customer base. They should just do their own credit card if you ask me, but this is a great option for them. For other retailers that don’t have a similar membership model, is not a good idea. The flexibility of accepting different forms of payments is too valuable.

Yes, this is a smart, better move for Costco and its customers. Lower costs, wider acceptance, and a better retail shopping experience for everyone is a win/win.

Braintrust
"Overall they will gain an advantage. More Visa card holders, and cash and debit are accepted. In the end, as Jim Sinegal always said, "You just can’t get too focused on worrying about what’s going to happen in the next quarter. You have to worry about where the business is headed long-term." Long-term move for Costco and in the long run it will work well."