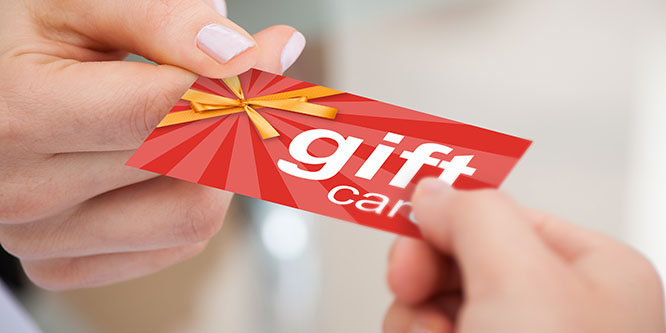 After another holiday season spent focused on others, shoppers are spending their post-season run-down spending money on themselves, according to one regional grocery chain.

According to Terri Greenwald, store director at a Meijer in Swartz Creek, MI, the chain has seen the development of a significant post-holiday trend of customers who are buying things for themselves in the aftermath of the holidays (often because of the gift cards that they received during the season). Ms. Greenwald, speaking to a local mid-Michigan Fox affiliate, noted a series of deals available at the store after the holidays.

Gift cards have been increasing in popularity for more than a decade, topping the list of most requested gift items for the thirteenth year in a row in the National Retail Federation’s (NRF) 2019 holiday spending survey. In that poll, 59 percent wanted gift cards for the holidays.

Whether driven by gift card redemption, self-spending after a season of giving or other phenomena, it is becoming clear that the holiday shopping season no longer ends with Christmas. An NRF survey found that 68 percent of shoppers planned to shop the week after Christmas, with 50 percent looking forward to deals and promotions, NBC News reports.

It is not clear how necessary — or how wise — it is for retailers to have such sales immediately in the wake of holiday season discounts. Making post-holiday deep discounts available to capture the “selfish-shopper” helps customers make the most efficient use of money that has already been given to a retailer by the person who bought the gift card, but it could also mean retailers losing potentially more lucrative sales. At the same time, customers are so likely to wait for deals on some items that not offering one could compromise a sale.

Customers may also have an added incentive to shop the store soon after the holidays if they’ve gotten a gift card—deal or not. Despite the fact that gift cards do not expire, statistically speaking, customers are more likely to forget about or lose them the longer they go without using them, according to an ABC News report.

DISCUSSION QUESTIONS: Is there a new wave of selfish shoppers shopping for themselves after the holidays? Are retailers wise to peg promotions to the concept of the selfish shopper or are they diluting potential profits?

"I am not sure I like the term “selfish shopper.” I much prefer “smart shopper.” The deals are there. "

"How low is low when you purchased too much apparel that didn’t resonate? #desperate"

I don’t see this as anything new: consumers have always spent gift cards and holiday cash after the main part of the holidays. And as for discounting: most retailers promote heavily in the aftermath of the holidays to clear down stock as they prepare for the new season.

Neil I had drafted a comment before reading yours and then realized you had made the two points I was preparing to make.

Casting nets for selfish shoppers makes all kinds of sense. It’s well documented that shoppers tend to spend over shopping card limits. Shoppers feel doubly smart when using a gift card and scoring a deal at the same time.

I don’t think they are diluting potential profits as some shoppers may be reluctant to buy for themselves, especially after spending so much on others without having a promotional or discounted price as an excuse/incentive. Would the retailer get this sales without one? I tend to think not in the month of January at least.

I was at Macy’s on Christmas Eve and it was hard to find something that wasn’t 50-70 percent off in menswear. Where did they go from there after Christmas? Seriously. How low is low when you purchased too much apparel that didn’t resonate? #desperate

According to most reports, deep and unrelenting discounts took a heavy toll on the pre-holiday season this year, so I expect to soon see reports of even deeper discounting in the days immediately after Christmas. We seem to be stuck in this endless cycle of fear-based pricing, where everyone is afraid of getting out-discounted by the store down the street. I totally understand the pressure to perform drives these discount decisions, but I really wish more brands would compete on their assortments and experiences with personalized offers targeted to specific segments that drive strategic conversion targets. I don’t expect this to happen, but one can dream, right?

New? I’ve lived through a couple post-Christmas transitions and always thought it was the time to pick up whatever Santa might not have delivered. Because it was finally on sale. Only now, the deals pre-Christmas are so good that the selfish shopper can say “why wait?” I don’t think the selfish shopper is the primary driver of post-Christmas business. I think it’s the very tricky process of executing seasonal transition. How does the retailer sell down and out-of-winter product at the best possible margin and convert to climate-appropriate transitional product? We still have the 60 coldest days of the year ahead, so what are we converting to? And how does transition product in Boston differ from transition product in Miami? Deal-driven selfish shoppers will help clear fall/winter product, but the harder assignment is figuring out the transitional mix by latitude.

I have to be honest – I upgraded almost all my Apple products this holiday season. It was hard not to pass up the deals retailers had on these items. I generally would not have purchased so much for myself but I also know there were a lot of consumers in the same boat — nothing new, just more of it this season.

The issue of customers that are used to and expecting promotions is structural and it is not going away anytime soon. That said, January is a weak month post-holidays. Much like how new shopping holidays have been coined, beginning with Cyber Monday, it makes sense to make an event and cultural expectation out of it. “Tired of spending on others? Now is the time to spend on yourself!”

I believe anything you can do to attract traffic to your store is a good thing and presents you with the challenge of how to get customers to spend on full price merchandise. Retailers need to get creative to move dead merchandise and sell the coming season on the heels of the holiday rush. This is no easy logistical task but well worth the effort.

I am not sure I like the term “selfish shopper.” I much prefer “smart shopper.” The deals are there. The crowds are gone. And you can focus on what you need without thinking about what you must buy for others.

Over the last several years my wife and I have skipped Christmas presents to each other and instead planned a day of shopping for each other (together) after the holidays. I don’t call that selfish. I call that enjoyable.

Regarding gift cards, each of my four grandchildren make a list for Christmas. Each one includes gift cards. Smart kids! (But they get presents from me.)

Old inventory with broken sizes whisked away post-holiday by gift card carrying deal seekers is a good thing for both the shopper and retailer. Thank you gift card!

Nothing really new here. The notion of self-gifting is alive and well before and after the holidays with luxury and higher price point items being ripe for this approach. The popularity of gift cards is less about the season and is more of a cultural shift for greater choice coupled with an easier and more convenient way to give and receive.

Price is still king out there, and shoppers love a deal! So any strategy that checks that box will generate sales. Profitability … not so much.

Retailers have jumped on the “treat yourself” mantra for decades. Society is no less self-centered to today. Take advantage … all year long!

"I am not sure I like the term “selfish shopper.” I much prefer “smart shopper.” The deals are there. "

"How low is low when you purchased too much apparel that didn’t resonate? #desperate"