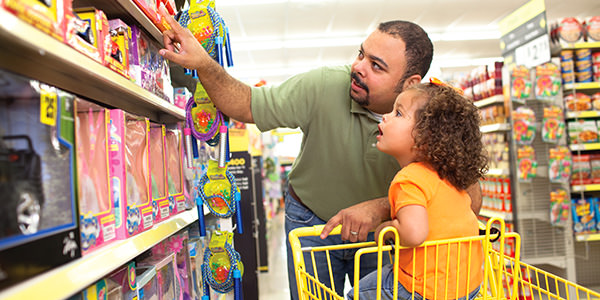 Dollar General has introduced a smaller-sized format to reach more densely populated metro areas as well as smaller rural ones.

At around 6,000 square feet, the concept occupies about 20 percent less space than its standard 7,400 square foot box. About 30 smaller-format stores have been tested and approximately 80 will open this year.

“Sales productivity and returns based on the early results are very encouraging,” said Todd Vasos, CEO, last week on a company’s fourth quarter conference call. “By eliminating less productive product segments and adding or expanding product departments to meet the needs of our urban customers, we believe this smaller format store will allow us to have higher capture rate per site selection.”

Expenses with the smaller-format stores are expected to be higher in the urban markets and additional consumables will pressure margins. However, with the help of greater traffic, the formats are showing higher sales per square foot than the chain’s traditional stores.

Mr. Vasos described the prospective urban areas as “not satellite city as much as true urban-type areas where dense populations, condominium-type living — those type areas. And that’s where we’ve tried to test this and we’ve seen that success.”

The smaller-format openings will focus largely on metro areas in the near term, but will eventually tap “some real opportunities in the rural markets with those lower households.”

Encouraged by early success of the small-format stores as well as a prototype launched last year focusing more on perishables and health & beauty, Dollar General raised its long-term annual growth rate for square footage to a range of 6 percent to 8 percent. It plans 900 new stores in 2016, up from 730 new stores last year.

The traditional 7,400 square foot store, which Mr. Vasos called “very, very productive,” will remain its primary growth vehicle over the next few years. He added, “If that changes, we’ll definitely let everyone know.”

DISCUSSION QUESTIONS: What challenges do you see ahead for Dollar General’s smaller store format in metro cities? Do you see lessons in the chain’s strategy for other discount chains?

Please practice The RetailWire Golden Rule when submitting your comments.
Braintrust
"At least Dollar General recognizes that the mix of items needs to be chosen carefully. Experiments are great. There are no lessons to be learned until there is a successful roll out."

"I always appreciate a retailer who innovates with new concepts and ideas to be more relevant to the shopper. But I do see DG having to re-think a lot of things in opening urban small format stores."

"These days, when I hear the words "new prototype" uttered in defense of a retailer’s strategy, I feel like I have entered a time warp. Prototypes are SO last-millennium! The notion that these may be stamped out and installed across the city-scape is simplistic."

This represents a very smart move on Dollar General’s part. They are acting very “entrepreneurial.” The bodegas of New York, LA and Chicago have found winning patterns within smaller boxes.

Dollar General offers a significant advantage in having a scaleable model. That permits them to leverage working relationships with CPG companies who recognize the opportunity to place a limited number of SKUs within the inner cities. Working together with their supply chain, Dollar General will find leading brands like SC Johnson products who have thought through ways in which to serve small consumers in small city apartments and condominiums.

In addition, Dollar General is positioned to work with local landlords and building codes to brighten neighborhoods. This is a win for the simple reason that Dollar General has started their strategic planning with thinking about the consumer being served, first and foremost.

The move will be a strong success.

The obvious challenge is in tailoring the assortment to the smaller footprint, but merchandising your store to match the local market is Retail 101. I expect the new format to be successful both because I think urban customers are more accustomed to smaller retail formats and it will force store planners and managers to more explicitly tailor their offerings to their actual customers.

The more general lesson for the ultra-competitive retail industry is that while one-size fits all may be easier to implement and scale operationally, it’s important to remember that a well-executed locally relevant store experience will outperform.

Besides those challenges noted in the article, I see its biggest challenge coming from convenience stores. Moving to more perishables in effect creates convenience stores without convenience store pricing. Nationally, the movement in c-stores has been to more of an emphasis on meal solutions and less on quick trip or fill-in items. Most dollar stores, including Dollar General, have done a good job on quick trip/fill-in items with considerably less success with perishables and meal opportunities. If Dollar General can address the consumables challenges (tasty, convenient, nutritious, in-store preparation, etc.) it will represent a real opportunity for growth.

Metro urban locations can bring their own challenges: significantly higher real estate costs, real estate availability in the first place, cost and availability of labor and — in some cases — heightened shrink and other security concerns.

This is clearly not true of every store in a city, but these are things responsible operators have to at least potentially figure into the equation.

Clearly Dollar General is trying to escape some of these problems with smaller units, so I’d say that’s the most critical lesson for other retailers.

Dollar General is aggressively expanding their geographic coverage. Yet this smaller store format is a fraction of the company’s new store rollouts for 2016 (80 of the 900 new stores), so their overall impact either positive or negative will have little overall company impact. Let’s call this an extended test case for 2016.

Given they have already tested 30 small-format stores, there ought not be any real surprises for the 2016 rollouts. Their purchasing power with CPG is only increasing as they add more stores. Dollar General understands their costs will go higher for these smaller format stores and by adjusting the assortment to better suit the densely populated urban areas, Dollar General will ensure performance against financial expectations.

Longer view, I expect a boost in subsequent years’ rollout of the small-format stores as the company tweaks their logistics and fine tunes merchandising decisions to address urban consumers’ tastes.

Productivity is based around having the right mix of items and prices to generate high traffic. Since urban areas differ in their composition, the mix of products may have to change, even from one urban neighborhood to another. Making the proposition profitable will not be easy. At least Dollar General recognizes that the mix of items needs to be chosen carefully. Experiments are great. There are no lessons to be learned until there is a successful roll out.

I think that discount chains have a place in almost every retail environment. It will be interesting for Dollar General to infiltrate communities where it previously has not been.

Strategically speaking, I think Dollar General will set the precedent for many other discount chains. Just as Starbucks recently opened a smaller store in New York City to cater to the fast-paced wall street, it’s important for retailers to see opportunities that come with various store environments and types. As Charles Whiteman said below, urban customers are often accustomed to smaller stores. A condensed Dollar General should not seem out of the ordinary.

There are clear concerns that come with small stores, such as heavy foot traffic and crowding. However, with the right planning and trained staff, I believe that Dollar General will see success.

As always with a low-price store, you have to think the border between profitability and loss is never far away. Personnel costs are already close to zero — and you can’t have only half a person working somewhere — and shrink has to be minimized (since there probably isn’t much profit to absorb it). I’m guessing the latter is a major concern, as well as increased competition if the area(s) is(are) at all viable … and being urban areas, labor regulations are more likely to have some kind of wage/benefit onus attached to them.

They can make it even smaller, take out more of the less popular products and add space for BOPIS. Smaller stores with frequently used items, items that need to be purchased right away, and moving other products to BOPIS should yield much higher productivity and higher profit per square foot.

Smart planning on the part of Dollar General. These locations are going to bring in a new and different clientele. So strong staff training is going to be much more imperative at these sites.

I always appreciate a retailer who innovates with new concepts and ideas to be more relevant to the shopper. But I do see DG having to re-think a lot of things in opening urban small format stores. The merchandise mix from market to market will likely be tougher to manage. If they can get that right, good locations could become the new walk-in C-stores and be very useful for fill ins, especially since the “one-bag trip” is so annoying for shoppers in a bigger store.

The size differential is not a significant issue. This shouldn’t impact the offer and may even prove to be more efficient and effective.

In this case, this isn’t a retailer trying a completely new concept like Walmart and the Neighborhood Market concept. It is a retailer slightly shrinking its footprint to meet the cost differential in metro vs. more rural locations.

This is sort of like apples and oranges in comparison to how many other retailers have attempted to move into more metro marketplaces.

Much ado, but not really the same.

These days, when I hear the words “new prototype” uttered in defense of a retailer’s strategy, I feel like I have entered a time warp. Prototypes are SO last-millennium!

Sure, smaller scale stores in urban locations are desirable, but the notion that these may be stamped out and installed across the city-scape is simplistic. City neighborhoods have tremendous variability, which implies a requirement for localized merchandising. City real estate is far from uniform, which implies a requirement for multiple footprints.

Centralization and standardization may be limiting in this context, when what’s really needed in the city are compact stores with a responsive design, outfitted with assortment and inventory optimization that operates at the individual store level.

It’s hard to argue with Dollar General’s successful track record so far, but its numbers are driven by rapid expansion of its store counts. It may be tempting to assume that it can adapt this tactic to urban neighborhoods with few operational adjustments, but I’d counsel a more adaptive approach.

Not too many! Could produce higher shrink. Have to choose SKUs well. Not much else standing in their way.

Braintrust
"At least Dollar General recognizes that the mix of items needs to be chosen carefully. Experiments are great. There are no lessons to be learned until there is a successful roll out."

"I always appreciate a retailer who innovates with new concepts and ideas to be more relevant to the shopper. But I do see DG having to re-think a lot of things in opening urban small format stores."

"These days, when I hear the words "new prototype" uttered in defense of a retailer’s strategy, I feel like I have entered a time warp. Prototypes are SO last-millennium! The notion that these may be stamped out and installed across the city-scape is simplistic."