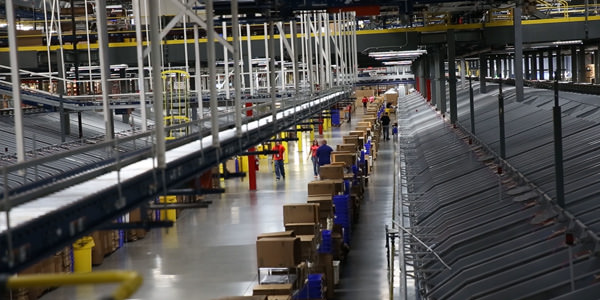 Another loose end tied up for eBay. The company, which has been readying itself for its split with PayPal Holdings, has agreed to sell its Enterprise to a group led by the private equity firm Permira for $925 million.

EBay Enterprise, which manages online operations for clients such as IKEA and the National Basketball Association, has had a tough time of late. Toys "R" Us recently announced it was transitioning away from the company to manage its own site beginning next year. Dick’s Sporting Goods will join the list of former customers of eBay Enterprise in early 2017.

Modest growth and recent account losses factored into the final selling price. The business, which was previously named GSI Commerce, was acquired by eBay in 2011 for $2.4 billion. According to The Wall Street Journal, eBay Enterprise generated $1.24 billion in revenue last year, a six percent increase over the previous year.

The deal is expected to allow eBay to focus on its core marketplace business following its split with PayPal.

In an earning call with analysts yesterday, eBay CEO designee Devin Wenig said the company was focused on "building a more robust commerce platform" for its marketplace customers and sellers.

"Our primary effort in this area is focused around leveraging structured data to drive discoverability both on and off our marketplace, as well as improving the user experience," said Mr. Wenig (via SeekingAlpha). "This is a long-term effort and our rollout is initially focused on categories where we have a predominance of manufactured goods. On June 29, we started to require that our sellers provide product identifiers where relevant when listing an item. This is enabling us to create innovative new browse and product pages, which were not previously possible in our marketplace."

Mr. Wenig also said eBay was investing in growing marketplace traffic through social channels, specifically Facebook and Pinterest. He also mentioned the company is looking to leverage others, including Instagram, Periscope, Snapchat and Tumblr.

"We view social media and messaging platforms as a great way to reach our customers in the places they love, while allowing us to diversify our sources of traffic and user acquisition for consistent long-term growth," he said.

Mr. Wenig said eBay was improving its mobile capabilities and planned to launch "a new experience" in the second half of the year.

Will the sale of eBay Enterprise be a positive for that business? Do you expect to see improvements for the eBay marketplace business now that it is a standalone company?

Please practice The RetailWire Golden Rule when submitting your comments.
Braintrust
"Yes this makes sense for eBay, however, if they didn’t need the money, they should have spun off this business. It is sustainable with its revenue and the technology between the two companies have a lot of synergy. They could have benefited from a tighter relationship."

3 Comments on "EBay sells enterprise biz to focus on marketplace"

Given that (eBE) is fetching less than 40% of what was paid for it just a few years ago, the default answer would seem to be eBay itself is more valuable (if not, eBay’s in real trouble).
But maybe that’s really too simplistic. Perhaps it suffered from being a second banana within the eBay world and on its own it will be more successful.

Or not; a few years (and likely several re-namings) down the road we’ll find out.

The company eBay turned into Enterprise is one I know quite a bit, having done business with them for years since before the eBay buyout. What I see is that eBay took a solid company and made it into a weak company. It’s not really a surprise. I’ve seen this in many other cases when digital companies swoop in with large war chests and buy companies we do business with only to fundamentally weaken those companies—possibly even close them down in the end. One challenge seems to be that big digital companies have such large war chests they can buy companies but don’t have the hunger needed to build on their strengths. Another challenge is that companies like eBay seem to be able to only consider massive ROI to be success. This may be driven by the kind of promises/expectations that drive their stock values. Regardless, it ends up being a bit ironic since the rest of us in the business world turn far smaller ROI’s into sweet profits and strong business—though perhaps not in… Read more »
0
|
0
-   Share

Yes this makes sense for eBay, however, if they didn’t need the money, they should have spun off this business. It is sustainable with its revenue and the technology between the two companies have a lot of synergy. They could have benefited from a tighter relationship.

Braintrust
"Yes this makes sense for eBay, however, if they didn’t need the money, they should have spun off this business. It is sustainable with its revenue and the technology between the two companies have a lot of synergy. They could have benefited from a tighter relationship."