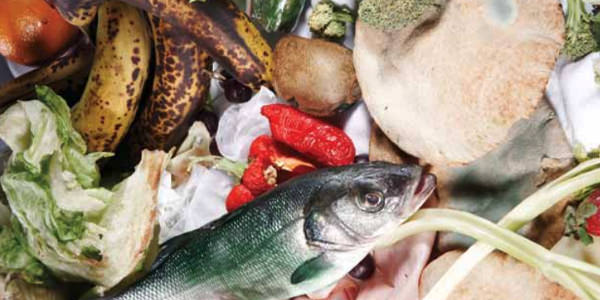 In an effort to curb food waste, France is making it illegal for large stores to throw away any unsold but still edible food.

France’s national assembly on May 21 voted unanimously for the new law, which will force grocers to make sure the food is either donated to a charity or used as animal feed. Stores will have to sign contracts with charities by July 2016 or face fines of up to €75,000 ($83,000), two years in jail or other penalties.

According to the United Nations, up to one-third of the world’s food is wasted per year. According to Feeding America West Michigan, 40 percent of food produced in the U.S. goes to waste and 50 million Americans are struggling with hunger. Food waste is also a significant contributor to greenhouse gas emissions.

The center-right deputy Yves Jégo, according to reports, told France’s parliament, "There’s an absolute urgency — charities are desperate for food. The most moving part of this law is that it opens us up to others who are suffering."

The law will also introduce an education program about food waste in schools and businesses. In February, the country passed a resolution removing "best by" dates on fresh food. The goal is to cut national food waste in half by 2025.

The law follows reports in France of poor families, the unemployed and homeless sustaining themselves by foraging at night in supermarket dumpsters. Some stores have locked up or doused their dumpsters with bleach to prevent potential food poisoning.

Many said the "zero-tolerance" policy set a strong standard for others. But several larger retailers felt they were being unfairly punished. Some sustainability groups likewise felt programs targeting supermarkets failed to address the wider issue of overproduction in the food industry, the wastage in food distribution chains, and waste stemming from households.

"The problem, more often than not, is that we have set unreasonable standards for foods sold commercially," argued Roberto A. Ferdman in The Washington Post. "Countless studies have pointed to this very inefficiency, whereby consumers mistake cautionary labels for full-stop warnings about foods."

Would a “zero-tolerance” food waste policy such as that in France float in the U.S.? What do you see as the steps necessary to address the issue of food waste?

Please practice The RetailWire Golden Rule when submitting your comments.
Braintrust
"Heck no. Such government intrusion infringes on our right to waste."

"There is one issue that is brought up in the article worth addressing and that is the overproduction of food. But I think what will become the real value of this law is that people and companies will actually see the amount of food being wasted and will finally comprehend something that they probably never thought about. One-third of all food production is wasted and yet people go hungry."

Heck no. Such government intrusion infringes on our right to waste.

This is an absolutely idiotic policy to even consider. France’s practice will fail, even in France. For the U.S. to even consider implementing such a law would be appalling.

Reasons are numerous, including bureaucratic waste, lack of uniform consistency to determine waste, unclear quality issues, setting up certain grocers to fail, positioning the Department of Justice to begin suing (strong-arming) companies to settle out of court, and more.

Numerous grocers across the country generously set aside goods for local food banks. That group includes the national and regional chains as well as individual stores. They are taking care of their community needs by choice.

There is NO NEED TO PLACE A GOVERNMENT MANDATE LIKE THIS ONE!

Seriously. Our government is so dysfunctional it is amazing that we aren’t in total chaos as we speak. Let me give you an example. Just yesterday, the USDA inspector ordered a poultry processor to recall a large amount of premium deli chicken breast because they stamped 2016 instead of 2015 on the product. But wait it gets better. They also ordered the supplier to destroy it, rather than donating it to local food banks. I give around 10,000 pounds a year to a local food kitchen, as we do not reduce any of our products from meat, deli and bakery, which keeps us cleaned out each week. We have been doing this for over 35 years without any problems, and have fed thousands of folks who desperately need it, as my father taught me to never waste food. This sickens me to no end, but there is nothing that I can do to change this policy, and the waste continues. I do however strongly disagree with the zero-tolerance policy as a law, and you all… Read more »
0
|
0
-   Share

I was in France when this was passed and did not sense any real pushback. More than that, it seemed to be a very popular move by the government. There is one issue that is brought up in the article worth addressing and that is the overproduction of food. But I think what will become the real value of this law is that people and companies will actually see the amount of food being wasted and will finally comprehend something that they probably never thought about. One-third of all food production is wasted and yet people go hungry. While I can rationally explain the reasons, the idea is incompressible. The greatest food waste is in Western Europe and North America. So France is a good place to start to take action on this issue that people just talk about. In the United States, there is no way any such law would pass. As Ian says, “Heck no. Such government intrusion infringes on our right to waste.” We face two issues here. One is that the… Read more »
0
|
0
-   Share

Zero-tolerance might be difficult. Plenty of restaurants and food retailers already do this. However the U.S. is a litigious society, and the risk of someone getting sick and blaming it on food prepped earlier in the day (or week) is enough to scare many retailers away. That said, should some type of “policy” be enacted that would protect the retailer in their attempt to do good, that could help cut down on a tremendous amount of food waste.

I kinda like what they’re doing in France but it seems a bit draconian in its implementation.

Supermarket “waste” is one part of the issue, overproduction is probably a significantly larger factor and consumer apathy plays another part. Politically motivated companies like Monsanto are buying off the government under the pretext that more production is the answer to food deprivation when yes, one-third of all food is lost to logistical issues and solving those issues without more production would end world hunger. Really.

Massachusetts has been doing something similar to France since last year. However, some national measure to curb edible food dumping even half as severe in the U.S. is not going to happen without some “unfortunate incident” to put the food waste issue on people’s radar.

Instead of penalizing waste that may well be a side effect of safety practices or financial prudence, how about a more imaginative approach that rewards the safe transfer of excess food inventories to food banks and other groups who can manage their redistribution to people in need?

Local governments and foundations may be in the best position to see this through. I’d prefer that to an overarching Federal mandate. Tax incentives might help sweeten the deal for donors if economists can demonstrate a positive outcome from food-saving practices. Lower landfill costs may be one offsetting benefit. Lower welfare and healthcare costs for the indigent may be another.

Sadly I agree that food waste is unlikely to be addressed. But why not donate to food banks and educate consumers? And if government policy can assist in this effort — “Where’s the beef?” The French law appears to “require” affiliations with food banks. Why is this scary? And reporting. Why is this scary? I agree with Gene, the push back from corporate interests would be huge. Food waste is profitable for suppliers in spite of the fact that it wastes huge amounts of resources including limited water in California. I say Vive La France! And I wish we would consider at least some compromise measures in the U.S.

The industry can act before government steps in to mandate. The problem may be that industry leaders don’t get close enough to what hunger really looks like in the neighborhoods their stores actually serve.

Here’s a “cray cray” idea. Why don’t store managers invite food banks to bring the consumers they serve to the stores for a weekly free shop from a selection of almost-expired food? I would suggest that a more personal solution from humans to humans may be a more effective way to approach community hunger and food waste.

I understand what “unsold” means, but what is the definition of “edible”? (as in “unsold but edible”). How many pitfalls could there be in this definition and administration of the same? Part edible? Not rotten? Not poison? Beyond its date but take a chance? This is something that can’t/shouldn’t be legislated anywhere. But raising the consciousness of everyone to do this proactively, while not overproducing, is an excellent idea. In fact with the advent of advanced analytics and better inventory and merchandising management, we can do a better (more effective) job of producing, ordering, stocking and selling.

Good idea, but with the current situation in Congress it would NEVER pass. We all know who would initiate it and who would defeat it! Unfortunate situation.

While the intention is admirable and supermarkets should donate unused edible food, this is a good example of another layer of law and bureaucracy that should be opposed. Companies can be encouraged to do the right thing and can leverage this for marketing and internal morale, but regulation should be a last resort and is not needed here. Perhaps, as the story suggests, we need less stringent regulation about what constitutes usable food.

Sorry to say, but unless somebody defangs trial lawyers beforehand, this will not work in the US. I hate food waste more than I can possibly put into words. But unless surplus food is immediately and safely whisked to food pantries or shelters, or strict hold harmless agreements are legislated for any food going for animal feed instead of into the dumpster, our litigious society will muck up this well-intentioned effort.

The French model is based on the idea that the government knows best. In the United States we believe the citizen knows best. In our major cities much of what they are proposing is already going on without government intervention. The problem is more on the charity, not the supermarket side. Even the suppliers would feel better their products were going to charities not land fill. In the less populated areas of the country this approach simply will not work. The cost to collect food outweighs the cost to purchase. As usual one model or procedure does not work for everyone.

So we want to do a complete 180 — from making it hard to give away food to making it required? Maybe we can make it required and prohibited at the same time. If we were serious about this, we would allow retailers to give food away and give them a little protection against being sued by someone who ate the food two weeks later and got ill.

Braintrust
"Heck no. Such government intrusion infringes on our right to waste."

"There is one issue that is brought up in the article worth addressing and that is the overproduction of food. But I think what will become the real value of this law is that people and companies will actually see the amount of food being wasted and will finally comprehend something that they probably never thought about. One-third of all food production is wasted and yet people go hungry."