GameStop gets personal with Millennials 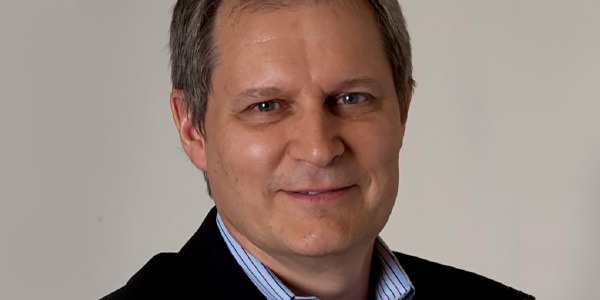 Millennials love video games. No retailer knows this better than GameStop because the success of its business depends quite literally on this group of individuals, which make up 59 percent of its PowerUp Rewards program members and almost two-thirds of its workforce.

In an interview with RetailWire, Mike Hogan, GameStop’s executive vice president of business strategy and brand development, said the company is focused on personalization largely through the insights gained from the PowerUp program.

"All Millennials tend to be more like each other than they are other generations, but they’re still very much individuals, and so a big focus of us is to use technology to enable our people to customize the experience for every given individual," said Mr. Hogan.

PowerUp members represent three quarters of GameStop’s total sales in the U.S. and the information gathered on these individuals helps the chain to personalize communications and service.

Mr. Hogan spoke of a developing a "two-way dialogue" with customers to provide customized experiences online, through the company’s mobile app or in stores.

"The emails that you get should really only talk to you about the kind of games that we would believe make sense for you based upon what you have done in the past. When you come into the store, increasingly, we’ll have someone in the store who will have a tablet right there who can see who you are, what your interests are, what game you last bought, how many points you have on your PowerUp rewards and so on," he told RetailWire.

Mr. Hogan talked about the importance of authenticity when it comes to interactions with Millennials.

"This is a generation that’s grown up with media. They can be somewhat cynical about prepared messages and they won’t tolerate things that are not authentic, so we try to be very transparent," he said.

That transparency includes sales staff offering honest opinions of games. "If they (sales staff) don’t like the game they’ll say it’s not so good or it might not be the right game for you because you like to play this way or you like another genre. It’s important that our [associates] are not just trying to sell you something. Their job is to help you find what’s right for you, which may not be what’s right for somebody else."

Whatever GameStop is doing appears to be working as the company announced last week that its first quarter comp sales increased 8.6 percent.

Do you think GameStop in on the right path with its approach to Millennials? Is the idea of opening a “two-way dialogue” with customers becoming a more critical component of retailing success than in has been in the past?

Please practice The RetailWire Golden Rule when submitting your comments.
Braintrust
"While some were likening GameStop’s prospects to RadioShack’s, the former has actually done a really good job increasing its relevance with its target audience. Remember comic book shops? They were as much as about the experience as the actual sale."

"Just having games is the right path for Millennials. They are a generation of gaming freaks. Generation Z will be the mobile game group."

"The biggest challenge most retailers face today is the temptation for consumers to just bypass them and buy online. Nowhere is this temptation greater or more salient than with digital entertainment."

9 Comments on "GameStop gets personal with Millennials"

While some were likening GameStop’s prospects to RadioShack’s, the former has actually done a really good job increasing its relevance with its target audience. Remember comic book shops? They were as much as about the experience as the actual sale. GameStop is creating that type of community in its stores but super-powering it by training its sales associates to be not only gaming gurus but also concierges for the specific customer (enabled obviously by technology).

Just having games is the right path for Millennials. They are a generation of gaming freaks. Generation Z will be the mobile game group. Millennials are still on the track for online gaming and Playstation 4 and Xbox One obsessions. GameStop has been on the right track for years with their two-way dialogue process. Having a son (major gamer) that worked at GameStop it was the only way he worked. He was known as the guy who knew how good a game really was. They lost him due to the lack of associate recognition. GameStop is on the right path and a large percentage of the Millennials who are heavy gamers also are not that worried about careers — games comes first. It is amazing how much time they spend on gaming vs. real life. A future topic that will be big when the “gameaholic” rehab centers expand in America.

The biggest challenge most retailers face today is the temptation for consumers to just bypass them and buy online. Nowhere is this temptation greater or more salient than with digital entertainment. (Remember record shops? Blockbuster?) Why hasn’t — or won’t — GameStop fall prey to this brick-and-mortar retailer trap? I think the answer lies in the words of advice given by RetailWire panelists almost daily. If you are going to keep customers coming into your store you have to make it worth the effort. You can’t do it with selection, especially not with digital product, and you can’t do it with price. Your online competitors will beat you every time. You have to do it with the experience. Mike Hogan and the GameStop team get this better than 99 percent of all retailers. Put them in the class with Starbucks, Trader Joe’s and the Apple Stores. As long as they focus on their most valuable customers and make the stores a place to live their dreams, they will remain as popular as that old corner store with… Read more »
0
|
0
-   Share

Wow. This is a company that’s doing so many smart things all at once. Their approach could work for many other formats.

Custom-tailoring emails is going to be very important going forward. How many retailers send you an email every single day?

Sounds like the intent is good and that GameStop is on the right path. We’ve been talking a lot among my own team about what the ideal “customer loyalty” team should look like and what skill sets should be included.

Including the voice of the generation or segment a brand wishes to serve seems like a “must-have” not just window dressing. I would hope that GameStop would include game-playing Millennials on its team if it really wants to connect with the generation. It’s one thing to talk about it, quite another to be able to speak the language.

Since one of the top attributes Millennials look for in a brand is customization, yes, I totally agree here. GameStop has created so many reasons other than initial purchases to interact with their brand that they are setting a trend for continued success. Other retailers out there need to take a note.

This does not mean that they are safe from the changes occurring in retail today, but they are sure ahead of others.

GameStop gets it. They understand how important their customers are to the value of the company as well as their future. They targeted who their customers are and planned around keeping them. I will bet they are already on the same path for the next generation of customers.

“Two-way dialogue” is a critical component of retailing success. Knowing your consumer and recognizing they will have different motivations influencing purchase behavior is essential for two-way dialogue. It’s also important to recognize that most of the dialogue will not take place at the store level, rather in the social an digital media space. It will be a lot more efficient to have dialogue with consumers before they arrive at the retail desk and reduce the in-store service time and more importantly the “wait-time” before service—which I anticipate two-way dialogue will only increase.

GameStop is a great example of a brand that both understands, and creates an intentional, engaging experience for its customers and target market. As Mike Hogan states, the key is in delivering an experience that is authentic.

GameStop is succeeding by employing associates that can honestly relate to their customers, and who take the time to establish and build upon a more personalized and customized brand relationship. These factors are must-haves for Millienials.

Braintrust
"While some were likening GameStop’s prospects to RadioShack’s, the former has actually done a really good job increasing its relevance with its target audience. Remember comic book shops? They were as much as about the experience as the actual sale."

"Just having games is the right path for Millennials. They are a generation of gaming freaks. Generation Z will be the mobile game group."

"The biggest challenge most retailers face today is the temptation for consumers to just bypass them and buy online. Nowhere is this temptation greater or more salient than with digital entertainment."