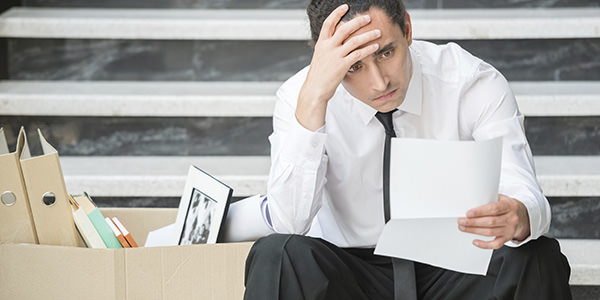 Time was, layoffs were seen as an emergency strategy, the last resort in a downturn or crisis. Today, however, layoffs are a standard tool for doing business. As the economy continues to heal and job indicators improve, a number of firms have announced a fresh wave of layoffs — Nordstrom, Sprint and American Express among them — citing the need to improve profitability.

“In Silicon Valley, the big thing is to be disruptive,” says Wharton management professor Matthew Bidwell. “What does that mean? Laying people off. A lot of these layoffs reflect that. As new forces come in, some jobs go away.”

Yet several decades’ worth of research have shown that layoffs do not generally result in improved profits.

According to a Harvard Business School working paper, “The Effect of Labor on Profitability: The Role of Quality” by Zeynep Ton, stores that cut staff were unwittingly cutting profits, and yet the practice was standard. Why? “An emphasis on minimizing payroll expenses and an emphasis on meeting short-term (often monthly) performance targets,” the study found. Another consequence of understaffing at this retailer was lowered morale, a finding echoed in other studies.

Employers also often underestimate the cost of layoffs in immediate financial terms, as well as in the lingering burden it places on remaining resources — both financially and emotionally. Companies also often face extra hiring and training expenses once business picks up.

While layoffs are sometimes necessary, before taking that step, companies might consider offering early retirement, slowing down hiring and retraining workers.

However it plays out, there’s a fundamental tension underlying the interplay of forces, about which Mr. Bidwell admits feeling conflicted. “The individual wants stability and security, but as a society we worry about becoming too sclerotic,” he notes. “One person’s dynamic economy is another person’s risk and insecurity. And the question is where we strike the balance between them.”

DISCUSSION QUESTIONS:
Should layoffs be avoided except in emergency situations or has that changed with the new economy? During challenging periods, are retailers too quick or slow to initiate layoffs versus other industries?

Please practice The RetailWire Golden Rule when submitting your comments.
Braintrust
"Better planning, retraining and smarter hiring can help avoid the need for layoffs. And then there’s the ratio of management salaries to employee wages."

"A certain department store just laid off hundreds of IT staff. What’s the takeaway from that? That the staff was bloated?"

10 Comments on "How layoffs hurt companies"

Layoffs should be avoided whenever possible. The disposable economy has come to include employees. Whenever cuts are called for too often employees are cut first. This engenders a culture of distrust and anxiety. Employers are not loyal to workers, so workers feel little need to be loyal to employers. It’s a vicious cycle that hurts companies in the short- and long-terms. Better planning, retraining and smarter hiring can help avoid the need for layoffs. And then there’s the ratio of management salaries to employee wages.

Layoffs will come sooner or later. It’s a sign of terminal illness for a retailer. Every company and their leadership has a different definition of what an “emergency situation” is. It doesn’t really matter if a retailer is too quick or too slow to initiate layoffs. Facing economic reality will be as certain as the birth of a child or the closing of that Kmart down the street — it will happen. Just wait until we have a $15 minimum wage nationwide. Individually an employee can choose to have more control over the situation by using the DJL method of fireproofing their job. Employees need to take more responsibility by not being in denial when their companies are failing and not placing their destiny in the hands of inept company management.

The large majority of retailers will not understand that layoffs are in fact firing the customer. As a part of any layoff the single most obvious question that is missing in an exit interview, if there is one, is how the layoff will effect future purchase decisions. The search for profit taking to maximize the next executive bonus payout is more important than the company itself. This dilemma is clearly demonstrated by the number of retailers that still have not adjusted to the depression market we have lived in over the last decade. Store closings, layoffs and poor quarterly results are a retail mainstay the market is seemingly unable to cure itself from due solely to the insatiable need for a bonus fix. The result of this practice is a cascading negative growth endowment that serves to anchor the economy in the land of overall market-negative results. Executive bonus payout should include growth position against the company’s long-term plan and commitment to expansion and financial stability. If these results were factored in many key executives… Read more »
0
|
0
-   Share

A certain department store just laid off hundreds of IT staff. What’s the takeaway from that? That the staff was bloated? That IT is no longer a priority in the age of the Internet? That the company can’t set a strategy and stick with it?

Layoffs don’t affect only the people who are laid off — they send a message to the rest of the staff that they aren’t valued.

Layoffs impress wall street, but depress the organization. Who are you going to please? Public companies will make the wrong decision 9 times out of 10 in a futile effort to support stock prices in the short term.

The cost involved with training and getting employees assimilated is huge. In many positions (not necessarily sales associates, but most others) it’s generally a full year to really get to know a job. That said, if laying off is a short-term solution that will result in rehiring later, there is both a financial and a functional cost to be paid.

Layoffs should be a last resort, only when the original organizational structure was poorly planned or is no longer functional, but it should not be a short term solution.

In the retail industry, where labor is the largest controllable expense beyond the cost of goods, layoffs are an obvious way to stem financial bleeding. However, with the ever-rising minimum wage push, I am seeing more and more staff replaced with kiosks and other devices/channels to reduce the need for staff.

Layoffs for the sole purpose of boosting profit is a short term solution. “Riding lean” could eventually erode profits as the customer’s experience typically suffers. The company chooses an operational focused culture versus a customer focused culture. Decisions are made with dollars in mind versus the customer. By the way, not all money focused decisions can be avoided, but when they impact the customer experience, be prepared for the customer to leave, spend less and perhaps even spread word about their negative experiences (at least compared to prior experiences).

In challenging times, consider looking for cost cutting measures, which might include layoffs, that are invisible to the customer.

Layoffs are a drain on productivity, history, experience and stability. Retailers are often too quick to lay off their most valued assets, in order to create a short-term gain by reducing expenses, yet will inevitably suffer mid- and long-term losses because of this abrupt move.

Braintrust
"Better planning, retraining and smarter hiring can help avoid the need for layoffs. And then there’s the ratio of management salaries to employee wages."

"A certain department store just laid off hundreds of IT staff. What’s the takeaway from that? That the staff was bloated?"