Is virtual reality ready for retail? 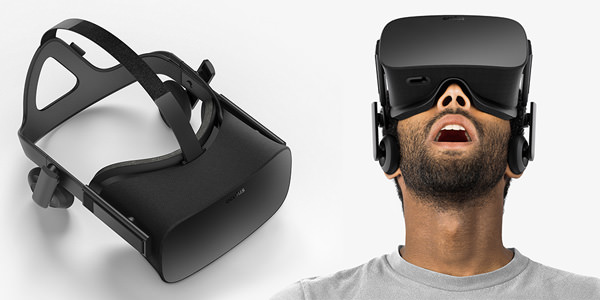 After much hype over the last few years, the Oculus Rift is set to land at retail accounts starting in April. Its arrival, along with HTC Vive and Sony Morpheus, will finally reveal whether virtual reality has much appeal beyond gamers.

At $600 per headset, Facebook’s Oculus Rift is the leader in the space. Available for pre-order since Jan. 6, the Oculus Rift quickly sold out with backorders mounting to four months. While driven by early tech adopters, many question how much mainstream customers will pay for the experience.

“Enthusiastic reactions to VR at trade fairs or at industry conferences, based on a few minutes of usage, may not convert into mass market demand,” wrote Deloitte in its “Technology, Media & Telecommunications Predictions 2016.”

Casual gamers will also need to upgrade their computers to use the VR hardware.

Deloitte also noted that the disappointing launches of smart glasses and 3-D TV glasses indicate that consumers may be averse to wearing padded headsets for long periods of time.

Finally, the first crop of VR devices for living rooms may not pack enough quality games to stimulate purchases.

Another challenge is trying to demonstrate the technology’s touted ability to transport the user to another world in advertising using only standard video or still imagery. Oculus is working on bringing actual demonstrations to stores. Oculus CEO Brendan Iribe recently told CNBC, “Virtual reality is a very experiential product and experience, it’s something that you really have to see to believe.”

Still, Deloitte predicted VR would reach its first billion dollar year in 2016 with rising revenues in coming years. Sales in 2016 are expected to be driven by the “tens of millions” of core gamers rather than the “hundreds of millions” of occasional gamers. Opportunities for other applications, such as 3-D filming for television and movies, aren’t there yet.

Wrote Deloitte, “VR’s potential is unlikely to be reached imminently; as with all emerging technologies patience is required.”

Do you see this as a potential breakout year for virtual reality products? What obvious and less obvious hurdles may prevent VR from becoming a major category?

Please practice The RetailWire Golden Rule when submitting your comments.
Braintrust
"Having worked in this space for 23 years, I think it will be huge for gaming but not for retail. To say that VR can be disorienting is an understatement (under 25s appear to be immune to this problem)."

"Sure VR will have a breakout year as opposed to the fits and starts it’s had so far, but as a piece of a kit for hardcore gamers and tech geeks mostly."

"Last year it was "wearables" like Apple Watch that were going to break out. The devil is always in the details: actual demand for people willing to pay, learning curve and applications."

12 Comments on "Is virtual reality ready for retail?"

Having worked in this space for 23 years, I think it will be huge for gaming but not for retail. To say that VR can be disorienting is an understatement (under 25s appear to be immune to this problem). The question will be how to make this worthwhile to the shopper. At this point, it’s probably more of a “we have the technology, let’s do something with it” approach than something that offers a benefit to the shopper.

Sure VR will have a breakout year as opposed to the fits and starts it’s had so far, but as a piece of a kit for hardcore gamers and tech geeks mostly. The headsets are a sizable investment so the average user is going to need to see some real ROI (in terms of experience) before the technology will take off with average users. That will probably be a few years away; that is, if it ever really takes off with the mainstream.

A number of VR headsets may launch this year but they are expensive and cumbersome, so I don’t see mass market acceptance for quite a while. Before VR moves beyond early adopters, there will need to be far more content. Consumers seem reluctant to spend on new technology that does not markedly improve on what they can current experience. 3-D, 4K and curved screens are just a few of the technologies that were supposed to revolutionize home entertainment, yet none has moved beyond the early adopters. VR may break through, but not in 2016.

I saw some of this technology at NRF. I didn’t see any crowds gathering by it. However, with the continued strength of gaming, I do think people will try it out if the experience is compelling enough. Pricing seems high, though.

Last year it was “wearables” like Apple Watch that were going to breakout. The devil is always in the details: actual demand for people willing to pay, learning curve and applications. Until someone makes the complex simple, I think a lot of technology has a long way to go to become a major category.

VR will become far more prominent in the years to come. I don’t necessarily see it being a break out year for VR — certainly not at retail. I do however think VR has tremendous potential in the fields of architecture, real estate and construction. People have a very difficult time envisioning anything and VR can eliminate this obstacle. The client has a very detailed expectation of what they are buying and the resulting computer file becomes an important element in the contracted deal.

This technology will have a long way to go before becoming mainstream. It will remain a novelty and the subject of PR opportunities for the foreseeable future.

Like Stephen I have also worked in this space a good deal including — if you will pardon the pun — a deep immersion last year. But, unlike Stephen, I now think gaming is perhaps the least important area to focus on in terms of VR, and more importantly AR (Augmented Reality), technology. I can no longer think in terms of VR or AR but rather, following the technology, think in terms of blends of the two approaches which for convenience sake we can call artificially enhanced realities (AER). And the “killer apps” of AER include athletic and vocational training, education, military applications and approaches to reduce PTSD and phobias to name a few. Why should retailers care that the Stanford football team and U.S. Special Operations forces are currently using AER now? Because these broader non-retail applications will do three critical things: improve the performance of the technologies, reduce the cost of the technologies and expand the user acceptance of the technologies. Will 2016 be the breakout year? No, it will be more like the Technological… Read more »
0
|
0
-   Share

Virtual Reality (VR) is being rolled out as we are reading this article. VR will totally redesign how users and participants communicate for many purposes for the rest of this century and probably longer. In the not-too-distant future we will see facilities much like the Star Trek holodeck only with commercial advertising purpose and use. This will allow B2B as well as consumer commerce to be fully customized with a full scale three-dimensional visual interpretation. With software and hardware improvements and cost savings from mass production the VR uses will include commercial and personal entertainment systems also in the not-too-distant future. The most advanced technologies of today will be seen as smoke signals in the 22nd century.

VR is not quite ready for prime time. The technology is better, but hardly prime-time ready. Add to this the issues with cost and content, and VR has a long way to go before it will be mass market ready.

Chicken and egg problem alert: Without VR specific content there is no audience, without an audience, content creation will be limited. Someone therefore needs to grease the wheel.

You can get cheap VR goggles that hold your smartphone for under $20, then there are several apps available on the app stores. Certainly cool to watch a music video, ride a rollercoaster, and see a VR movie but we’re still not mainstream.

For retailers, I think there’s great potential for store layout — being able to walk a virtual store and set up shelves, endcaps, marketing, etc.

VR adoption will follow the standard bell curve with innovators this Spring and early adopters this holiday season — however, to debate the date it arrives is perhaps to miss the bigger question: What will it’s arrival mean?

As people spend more of their leisure time in VR they will spend less of it in the physical world, and the leisure spending attached to physical products and experiences will decrease commensurately and permanently. Further the more time people spend in VR, the more they will base their identity on their virtual goods than physical goods, which will cause a further reduction in retail spending.

Braintrust
"Having worked in this space for 23 years, I think it will be huge for gaming but not for retail. To say that VR can be disorienting is an understatement (under 25s appear to be immune to this problem)."

"Sure VR will have a breakout year as opposed to the fits and starts it’s had so far, but as a piece of a kit for hardcore gamers and tech geeks mostly."

"Last year it was "wearables" like Apple Watch that were going to break out. The devil is always in the details: actual demand for people willing to pay, learning curve and applications."