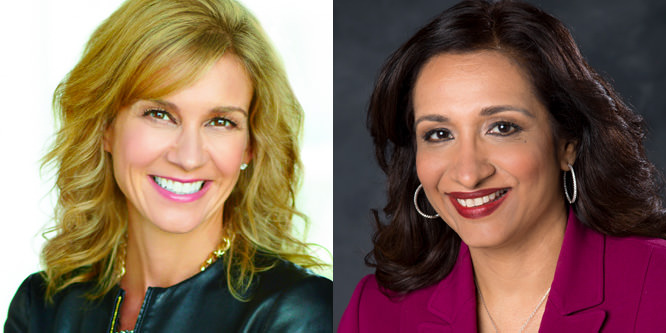 Kohl’s Inc. announced that Michelle Gass, who joined the mid-market department store operator in 2013 from Starbucks, will become its new CEO in May 2018 when Kevin Mansell retires.

Mr. Mansell, a 35-year veteran, has been leading Kohl’s for the last decade. With its easy-to-navigate race-track design, value emphasis and commitment to national brands, Kohl’s has strongly outperformed its closest competitors, JC Penney and Sears, for decades. But the chain has been unable to avoid many challenges recently affecting all department stores and has been faulted for its slow embrace of online selling and recent overemphasis of proprietary brands.

Earnings this year have rebounded on cost-reduction efforts and improved traffic due in part to merchandise changes attributed to Ms. Gass. These include positioning Kohl’s as an “active and wellness destination” and bringing in brands such as Apple, Under Armour and Fitbit.

Ms. Gass joined Kohl’s as chief customer officer, with responsibilities over marketing and e-commerce. In 2015, she added the title of chief merchandising officer, assuming leadership of the merchandising, planning and product development divisions. Previously, she spent 17 years at Starbucks, most recently as president.

Some observers felt the digital prowess Ms. Gass picked up at Starbucks would be beneficial in guiding Kohl’s future. She was credited with leading Kohl’s new collaborations with Amazon, which includes handling returns and selling Amazon devices at select stores.

In an interview with Fortune on Tuesday, Mr. Mansell inferred that Kohl’s would need more “outside the box” thinking, such as the Amazon partnership, to reverse the traffic sluggishness seen across physical retail.

Another digital-savvy exec, Sona Chawla, Kohl’s COO, will be promoted to president next May. She will continue to oversee omnichannel operations. Prior to joining Kohl’s in 2015, Ms. Chawla spent seven years at Walgreens with roles including head of e-commerce and president of digital and chief marketing officer. Prior to Walgreens, she led Dell’s online business.

DISCUSSION QUESTIONS: Does Kohl’s executive succession plan give you more or less confidence in the chain’s future? What type of leadership skills will be most important for Kohl’s next phase? Will digital expertise or merchandising acumen be more important for the future of department stores?

Please practice The RetailWire Golden Rule when submitting your comments.
Braintrust
" I believe Kohl’s (and retailers in general) need to re-imagine the entire retailing paradigm. "

"When it comes to merchandising and digital, the former has the edge in terms of importance."

"At the very least, Kohl’s has a plan, is making distinctive moves and is committed to the plan."

When it comes to merchandising and digital, the former has the edge in terms of importance. If the product is garbage, it doesn’t matter what channels a retailer has or how advanced or connected they are. That said, without a solid omnichannel strategy which incorporates digital tools and functions, sales growth is often held back. So in an ideal world, both are required to drive performance.

Never say never! Mr. Mansell’s statement that Kohl’s needs more ” … thinking outside the box.” is a massive understatement. Ms. Gass needs to stay as far away from thinking inside the box as possible. She can try almost anything to keep Kohl’s relevant and competitive. She and Ms. Chawla are uniquely qualified from their past assignments to bring best-of-breed up-to-date digital experiences to bear. I believe Kohl’s (and retailers in general) need to re-imagine the entire retailing paradigm. Retailing is a consignment business and rather than avoiding that hidden reality, retailers and brand alike should embrace this single truth and implement business workflows enabled by technology that can bring relevancy to brick-and-mortar retail as well as bring value to the shopper.

Of course we have to see what actually happens but, in the near term, the fact that they have a succession plan gives me confidence and the apparent direction seems sound. But one person or two people or even a half dozen can’t be asked to turn an entire industry around, so the challenges remain fairly formidable. As to what leadership skills are important my top two are always the same — a relentless focus on customers and a creative approach to critical technologies as opposed to a rigid marriage to the technology du jour.

In terms of the last question I think it’s a false choice. There isn’t, or shouldn’t be, a way to separate digital expertise and merchandising acumen. The former should be a key enabler and facilitator of the latter.

Kohl’s has been making distinctive strategic moves recently. Ms. Gass has been behind at least some of those moves. The succession announcement reinforces commitment to these decisions and signals that we can expect more distinctive choices in the future. At the very least, Kohl’s has a plan, is making distinctive moves and is committed to the plan. That sounds like what we say companies should do. The risk, as always, is whether those distinctive plans will be successful!

Purposeful digital and expert merchandising are key factors in the future of retail but will not turn the tide completely. Kohl’s and its leadership must focus on becoming more agile, targeting the correct customers and positioning their retail footprint to meet the demands of the market.

Braintrust
" I believe Kohl’s (and retailers in general) need to re-imagine the entire retailing paradigm. "

"When it comes to merchandising and digital, the former has the edge in terms of importance."

"At the very least, Kohl’s has a plan, is making distinctive moves and is committed to the plan."