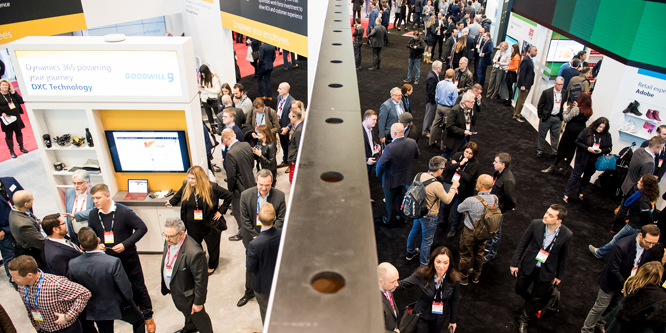 While many retailers celebrated having recently turned in one of their strongest holiday seasons in recent memory, attendees at this week’s NRF Show in New York were decidedly less cheery about the industry’s prospects for 2019.

You might think that, after one of the longest periods of economic growth in the history of the U.S., most would see an inevitable, cyclical downturn as the biggest risk factor, but in dozens of conversations held at the show this week, tariffs on imports, primarily from China, were mentioned most often as the biggest threat in the year ahead. Retailers worry they will be forced to choose between passing on significant price increases to consumers or absorbing the associated cost hikes to the detriment of their bottom line performance.

Attendees placed responsibility for the negative economic effects of tariffs largely on the shoulders of President Trump and his administration. Even supporters of the president, some who blamed inaction on past administrations as increasing the need for the current aggressive stance with China, admitted that Mr. Trump’s plan is unlikely to do much to curb the theft of intellectual property from American companies by the Chinese.

The concern around the standoff between the U.S. and China was reflected in a sudden upturn in equity markets yesterday when stock prices began to rise on a report that Steve Mnuchin, U.S. treasury secretary, had proposed in internal discussions the idea of dropping tariffs against the Chinese while the parties negotiated longer-term trade reforms.

Many who spoke with RetailWire felt that the tariff war and the current shutdown of the federal government were self-inflicted wounds on the health of nation’s economy. Earlier this week, the Trump administration updated its assessment on the impact of the shutdown on the economy to include government contractors in addition to federal employees. The original estimate, which attributed a 0.1 hit to the nation’s gross domestic product (GDP) every other week, has been updated to the same percentage on a weekly basis. By the end of the month, that would mean half a percentage point taken out of the U.S. GDP.

While none we spoke to were prepared to forecast a recession, most said a downturn was likely within the next several years. Even those who expected moderate growth in 2019, said going up against strong comps from 2018 would make it unlikely that the same types of percentage gains would be achieved in the year ahead.

DISCUSSION QUESTIONS: What non-retail factors are likely to have the biggest impact on the retailing industry in 2019? How should retailers plan accordingly?

Please practice The RetailWire Golden Rule when submitting your comments.
Braintrust
"Retailers will be wise to get back to basics, paying attention to their bottom lines and focusing on delighting their customers."

"Everything depends on the political environment, sadly. This current shutdown affects millions of people."

"Economies are cyclical, not because they have to be, but because we collectively psych ourselves into them."

I agree it’s going to be a challenging year for retailers. Overall declining consumer confidence and tightening of discretionary spending will have the biggest impact. Consumer confidence is not being driven by any one of the issues mentioned, but rather the confluence of all the issues. As same-store results start to sag into the early new year, retailers will naturally start to tighten – capital expenditures and investment will decline and further pruning of the store base will ensue. For 2019 retailers need to get back to basics, batten down the hatches and stay focused on delivering for the shoppers who do visit their stores. The good news is that retailers have plenty of practice dealing with difficult business conditions.

2019 will not be an easy ride. For a start, a strong 2018 makes comparatives much tougher. The year is also starting on a down note with many federal employees not being paid, tariff pressures and a cocktail of other economic uncertainties. On top of all of this, the cost picture is poor. Retailers are having to invest and spend more and face rising overheads. So the outlook for the top line is weaker and the outlook for the bottom line weaker still.

Elections have consequences, and NRF itself may be feeling some regret after supporting the current resident of the White House. Beyond the obvious tariff and shutdown issues, retailers may want to consider what happens when the administration creates further stunts to deflect attention from the coming Mueller report. We haven’t seen the bottom yet.

2019 will be an interesting year. Stock market volitility, tariffs, government shutdowns and other political events will all play a toll on consumer confidence and retailer margins. Retailers will be wise to get back to basics, paying attention to their bottom lines and focusing on delighting their customers.

I don’t share the pessimism for 2019. This is a very strong retail tech market, the strongest ever in my last 30 years of attending the show. There will certainly be a slowdown at some point but I’m feeling 2019 will not be that year based on the metrics I track.

Some of the headwinds facing retailers in 2019 are cyclical in nature (stock market volatility, slower GDP growth) but others are consequences of protectionist policies — tariffs and the current shutdown to name two. But the biggest policy issue setting a trap for consumer spending is the impact of the 2017 tax cut on housing demand. Many taxpayers whose state and local deductions are capped for 2018 are in for an unpleasant surprise this April — and the evidence of a decelerating housing market is already out there. The last time a housing slowdown drove down retail sales wasn’t pretty, in case anybody forgot about 2008-2009.

Everything depends on the political environment, sadly. This current shutdown affects millions of people, and assuming we can come to resolution, it will still take a while to catch up. And who knows what’s next?

One factor I haven’t seen discussed is consolidation. I think we’re going to continue to see labels acquired and folded under larger brands. And the consolidation will be be less about audience capture and more about real estate. People say Amazon got their physical footprint with the Whole Foods acquisition – there aren’t enough Whole Foods to service Amazon’s business and it’s not practical to to have a Whole Foods-type of footprint in most smaller cities and towns in the U.S., not to mention EMEA.

So, there are really three sets of challenges. The first is that the economy cycles and is probably a bit overdue for a correction. We tend to credit/blame Presidents for the state of the economy, but the truth is it’s generally — with notable exceptions like the last financial crisis — something they inherit and ride rather than shape. Then there are treaties, taxes, tariffs, border policies, and today, trade wars and Brexit to consider. Politically the President’s rhetoric has been full of bluff and bluster but actual implementation has been more status quo than either his critics or supporters are willing to see. The USMCA, for example, is really basically NAFTA with a few bones tossed to key American lobbying groups. Continued pressure on China and/or a long-term trade war will clearly drive the price of many, many consumer goods through the ceiling and negatively impact sales. Additionally, the absence of clear, long-term trade strategies isn’t a solid foundation for resolving this problem. “America First,” is a great political slogan, but for most consumer… Read more »
4
|
0
-   Share

Having spoken at the show and then talking to a number of people there, it’s curious, but the anxiety is real. There doesn’t seem to be any one single concrete piece of logic for the nervousness, it’s almost like, “we’re SO due” more than anything. Somehow, I get that.

The war in Washington doesn’t help as you feel like anything could happen there, but even that’s not a solid enough basis for a spending slowdown. Is it? Maybe.

Political, economic and social factors will influence retail in 2019.

Politically, this year more brands will differentiate themselves with purpose and politics, including the deliberate decision to speak up for their values amid political tension (despite the risk of consumer backlash, such as burning Nike sneakers).

Socially, consumers have become far more informed about how their shopping choices affect their health and wellness, and their safety. This year, more shoppers will opt for more low-sugar products and less plastic packaging (because, beyond environmental harm, the American Academy of Pediatrics warns against plastic food containers due to health risks).

In addition, the need to invest in technology to keep up with the blistering pace of innovation across business sectors also impacts retail.

Historical analysis of economic “shutdowns” (a misnomer in and of itself) shows the annualized economic impact to be something like .000X. It’s essentially a non-event. Trade wars can be different — if we were really in one — but what the administration has engaged in is perhaps better characterized as a series of trade chess matches or shouting matches — take your pick or choose “all of the above”. Economies are cyclical, not because they have to be, but because we collectively psych ourselves into them. The 24 nanosecond news cycle of the day certainly hasn’t helped that any.

In short, we are human and we just can’t help ourselves…

If you take all the noise about international trade worries/tariffs, etc. into the equation, bottom line consumer confidence is solid. The market is solid. New home sales went up. Everyone who wants a job can get one. Those are some of the key indicators that determine how much people will go shopping. So, I guess that wasn’t my bottom line, however, retailing looks good for 2019. Period.

2018 has truly been a “year of living dangerously” for the retail industry, marked by both a fabulous holiday sales result and a softening in the stock market. Against the backdrop of political speech and trade posturing that has heads spinning, it’s no surprise that this confluence of events would make the industry nervous.

The present set of circumstances is certainly unprecedented, but the same may be said of every moment in history. As retailers look ahead, they will try to grasp at threads of continuity they can use to plan their way forward.

I think 2019 may be a little less exuberant in terms of retail sales, with slight growth, along with strong investment in new solutions and tech. Tariffs and politics will inject uncertainty, and consumers will continue to shift spending toward experiences over goods.

Braintrust
"Retailers will be wise to get back to basics, paying attention to their bottom lines and focusing on delighting their customers."

"Everything depends on the political environment, sadly. This current shutdown affects millions of people."

"Economies are cyclical, not because they have to be, but because we collectively psych ourselves into them."