NRF: Will success in mobile shopping depend on progressive web apps? 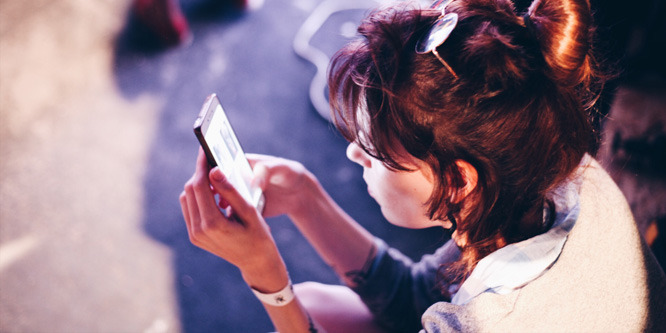 Mobile site load time has a significant impact on conversion rates for mobile shoppers, according to statistics presented at the 2019 NRF Show in New York by Chris Sater, strategic partner development manager at Google, and Peter Sheldon, senior director of commerce strategy at Adobe. Messrs. Sater and Sheldon suggested that progressive web apps (PWAs) are the way retailers can address the problem, and that progressive web apps represent the future of mobile web and mobile shopping.

Citing statistics, Mr. Sheldon said that pages that take six to seven seconds to load result in bounce rates (visitors leaving the page on their first visit) of 30 percent or more. When the load time is reduced to two seconds or less, the bounce rate drops to 10 percent.

Using a tool that calculates the impact of speed on revenue, Mr. Sater estimated that if a million and a half dollar per year e-tailer with an average transaction value of $125, a two percent conversion rate and an average page load speed of 4.8 seconds improved its page load speed by only one second, it would generate an addition $35,000 per year.

The presenters saw PWAs as a solution for the need to optimize the mobile experience. PWAs are browser-accessible websites built with characteristics that greatly resemble native mobile apps.

As Mr. Sheldon explained, PWAs make use of newer web browsers’ features to improve speed and “progressively” update pages, instead of reloading them. Advanced caching also allows users to continue interacting with the PWA during instances when they lose mobile connectivity. Because they are accessible via browser, PWAs circumvent inconveniences in traditional native smartphone apps, like the need to visit an app store, log in, download and install the app. Users can “install” PWAs on their smartphones by placing an icon on their home screen so that it can be accessed in the same way as a native app.

Mr. Sater quoted a Gartner forecast that posited that PWAs could replace 50 percent of general purpose consumer-facing mobile apps by 2020.

DISCUSSION QUESTIONS: Do you agree that mobile speed optimization has the kind of impact on e-tailer revenue that Google and Adobe’s statistics appear to demonstrate? Would widespread PWA adoption have a meaningful impact on the mobile shopping experience?

Please practice The RetailWire Golden Rule when submitting your comments.
Braintrust
"PWA adoption, making it fun and easy to shop on mobile devices, should be a high priority for retailers."

" It is unacceptable for lag time, as the customer expectations are at an all-time high."

"Think about the question. We are seriously discussing how six seconds is too long to load an app."

10 Comments on "NRF: Will success in mobile shopping depend on progressive web apps?"

Since I am only vaguely conversant in the difference between a PWA and TWA (I know one is out of business) I won’t speak to whether PWAs are the solution to this problem — but the problem is very real. We only need look at our own experiences with mobile shopping to realize how intolerant of delays we have become. What is days in the delivery experience for online shopping is nanoseconds in the UX for mobile shopping.

Startling even today, mobile apps suffer from 2 percent conversion! With all the efforts put forth in new shopping apps designed to enhance the digital shopping experience, it all comes back to load time? Shopping online can be extremely tedious, so many items to sort through. Exacerbate the pain with slow load times? Forget it. Yes, PWA adoption, making it fun and easy to shop on mobile devices, should be a high priority for retailers. Wondering why it has taken so long?

Aside from all the performance measurements, PWA, TWA, and other analytics, the industry standard for mobile apps is at an all-time high. It is unacceptable for lag time, as the customer expectations are at an all-time high. In the not so recent past, the smartphone commerce experience was not optimized and lag time was happening far more than we remember.

Now with all the investments retailers and brands have made with native apps, the back-end infrastructure, e-commerce re-platforming and the move to cloud environments, the mobile shopping experience has been optimized, as performance struggles are not tolerated.

While some friction is good for the retail experience, the wrong kind of friction with mobile apps will not only erode your mobile conversion rates but also drive the customer to another retailer or brand.

We have reduced “acceptable,” psychological wait time tolerance to zero, so anything beyond instant gratification tends to yield diminishing returns. Think about the question. We are seriously discussing how six seconds is too long to load an app. If we don’t have an extra two to three seconds to spare, we will soon lose patience with having to wait at all. This suggests that in the perhaps all-too-near future shoppers will demand that retail technology systems — apps and/or whatever — anticipate a need before it is articulated. And if you think about it for a minute, isn’t that what Amazon is trying to build?

Funny, I was thinking about that point — articulating customer needs before the customer understands them — while I was watching this session. The representative from Adobe was big on the idea of offline caching allowing for a sustained interaction with the app even when there was no internet connectivity. But obviously that couldn’t extend to actually making a purchase unless Google and Adobe are now playing with some spooky FTL tachyon technology that lets people place their orders before they actually place them. Maybe that’s where this whole thing is going! 🙂 But more realistically it does seem that the big tech players are looking at using ubiquitous “smart” devices — from the inside of homes to the outside of buildings — to make those kinds of enhanced predictions. There should be an article on a session at NRF that dealt with just that type of technology coming up soon!

Given how high mobile engagement is, conversion is shockingly low. I’d wager that mobile consumers have a lower attention span, or purchase time frame window, so speed is crucial in conversion. I think PWAs will be one piece of addressing the problem, but asking consumers to take additional action, such as installation, will make adoption sluggish.

Although speed kills when you drive too fast, for the mobile experience the opposite is true: speed saves lives.

Frictionless commerce requires speed as well as next-gen processes. The speed of webpage loading on mobile devices will absolutely create a more meaningful shopping experience on mobile devices. We have become more, not less, desirous of instant gratification for everything we do on mobile devices.

There is no question that the more convenient you make an app, the more it will be used. Simple, huh? Just not always easy. Stick to it. Do A/B testing, etc. There are those that are really making this happen.

I’m always surprised when I don’t see more happening with smartphones. I’m not sure if consumers are just put off by apps, or because they find using the browser as quick (how long does the average app take to load?), or if retailers aren’t making their apps useful enough to warrant using … either way, there’s a huge opportunity there and while I wouldn’t necessarily say PWAs are a silver bullet, but if they make things better and easier for the customers then they’re worth exploring.

I think overall success in mobile shopping comes down to having a decent mobile-optimised experience and customer confidence to shop with you in that way.

I am careful to avoid the “mobile as shiny bauble” obsessions we read about. That said, this is a smart choice because it solves two problems:

1. The load time noted. That said, the PWA has to be already loaded for these advantages to occur. So it may only be useful to regular shoppers.

2. Getting away from installing individual apps on the phone. I have found very few retailer web apps to be of value. Target’s does a reasonable job. But none other that I’ve tried. So I have stopped downloading them and just use the browser.

That said, “mobile shopping experience” is not in and of itself a goal. The goal must be to help consumers shop your store and website in ways that mean something to them and help increase revenue and profit.

Braintrust
"PWA adoption, making it fun and easy to shop on mobile devices, should be a high priority for retailers."

" It is unacceptable for lag time, as the customer expectations are at an all-time high."

"Think about the question. We are seriously discussing how six seconds is too long to load an app."