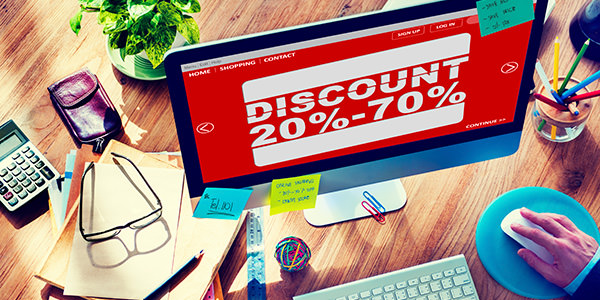 A study from the Kellogg School of Management at Northwestern University finds that while authorized retailers stand to benefit from MAP (Minimum Advertised Price) policies, some wind up violating them.

Makers of electronics, housewares, toys and sporting equipment impose MAP policies on online and brick-and-mortar retailers in order to protect their brands from being perceived as too cheap, according to the researchers.

For authorized retailers, the big benefit from MAP policies is a protected margin. Manufacturers hope this encourages stores to focus on service and training to support the brand. Complying retailers might also gain shared advertising funding or preferential treatment for new products. In some cases, MAP violators lose access to the manufacturer’s brands.

In the study, researchers analyzed a dataset from a large manufacturer that sold 226 unique products through over 900 authorized and unauthorized retailers.

The study’s advice to brands:

Small punishments: Small or middling punishments, with the expectation that punishments will increase for subsequent violations, work better than threats of “draconian” ones that are often not carried out.

Flexibility: Focus resources on “more egregious MAP violations. Impose penalties only if prices for an item are dropped $10 lower than the MAP, for example.

DISCUSSION QUESTIONS:
What advice would you give to retailers when they notice MAP violations on brands they’re selling in the marketplace? Would you advise authorized dealers to violate MAP policies under certain conditions?

Please practice The RetailWire Golden Rule when submitting your comments.
Braintrust
"As a principle, retailers should respect agreements they’ve made with suppliers. But they often aren’t clear on the strategy or rationale behind suppliers’ MAP policies and end up indifferent."

"Many like to curse MAP, but without it there is free-fall pricing. And without any MAP the internet usually wins, drastically eroding margin for everyone."

"Once a manufacturer sells the product to the retailer, the retailer owns it and should be able to price it anyway they want (and apparently many do)."

15 Comments on "Should authorized retailers ever violate MAP policies?"

Dynamic pricing has certainly amplified this issue, and brands seem caught in a never-ending game of whack-a-mole as retailers that feel they need to violate MAP to be competitive get more creative in their tactics (e.g. with in-cart pricing).

Without teeth, MAP policies are just another source of frustration. Brands should document violations, align internally on consequences for persistent violators and be prepared to act.

As a principle, retailers should respect agreements they’ve made with suppliers. But they often aren’t clear on the strategy or rationale behind suppliers’ MAP policies and end up indifferent.

Any brand with a MAP policy should explain its purpose and escalate persistent issues during top-to-tops, emphasizing the risks to the retailer’s average selling prices and margins and of losing distribution and trade funds.

The article talks about what the manufacturers could and should do. As a retailer the view of the world is different. Yes, they want to have margin-protected items for a number of reasons, but they also don’t want to lose the opportunity to be competitive.

My suggestion if they notice MAP violations is that the first thing the retailer does is to talk with the manufacturer. How the conversation goes from there would be determined by a number of factors. The next steps would be dependent on whether the violator is an authorized or unauthorized seller, a repeat offender, etc., and what the manufacturer is going to do.

Ultimately the retailer has to be willing to make the decision on the importance of the line to them. If the manufacturer is not willing to curb the MAP violations then the retailer may elect to join the other side or drop the line.

Manufacturers that create MAP policies they don’t enforce is like a professional sport banning performance enhancing drugs and then not testing for them. The winners will be the cheaters, and soon no one will be following the rules.

Manufacturers must enforce their MAP policies to avoid this. And this aggressive enforcement cannot be limited to authorized sellers. Brands that want the benefits of a MAP program should not minimize the commitment required to enforce the program — both among authorized and unauthorized dealers.

Those that don’t will have both an ineffective program and will drive those that follow the rules to drop the brand.

There are at least two sides to every story.

MAP is good for retailers in terms of helping to maintain margins when products are selling through. MAP can be a real albatross when sales rates slow down and inventory backs up on certain SKUs. No retailer can afford inventory that doesn’t turn.

First advice, if retailers need to “break MAP,” do it through selling bundles where prices of individual items are not exposed.

Second, open an online store in a marketplace with high traffic (e.g., eBay) where prices are not so public. Many brick-and-mortar stores are opening online marketplace sites instead of “bargain basements” to liquidate merchandise that they have to move.

Third, the best manufacturers understand lifestyle management and the need to turn inventory to make way for new products. Sometimes suppliers will allow MAP deviations under controlled conditions to liquidate excess inventory rather than take it back.

Many like to curse MAP, but without it there is free-fall pricing. And without any MAP the internet usually wins, drastically eroding margin for everyone.

A serious meeting with the supplier to ensure it does not happen again is my advice to a retailer. No one should violate MAP policies since it can only hurt the retailers and the integrity of the industry.

I am sorry. I do not believe in MAP policies. Once a manufacturer sells the product to the retailer, the retailer owns it and should be able to price it anyway they want (and apparently many do).

I am not familiar with the legal issues here, but would this ever hold up in court? There is no free market in this philosophy.

It’s like being a good parent — you need to set parameters with consequences and then follow through. It’s that simple.

In this era of price obsession, those manufacturers who still use MAP policies do so to not only “protect their brands as being percieved as too cheap” and to help authorized retailers maintain margin, there are several additional reasons.

One is to help consumers differentiate between the real goods and knock-offs, which are universally of inferior quality. While many price-obsessive online shoppers may recognize the possibility of lower quality with a knock-off, the brand-owner can still be drawn into the return if there is no MAP policy to refer back to with the retailer and the consumer.

By the way, this problem is continuing to grow in the digital retail space. I hear it repeatedly from housewares manufacturers dealing with pirate infiltration of the consumer direct fulfillment supply chain.

So good for those manufacturers still supporting MAP policies. Not an easy road for sure.

I won’t get into the silliness of the assumption that (in a competitive marketplace) one can somehow “protect” margins, or the obviousness that unauthorized sellers are more likely to violate MAP (since they’re not supposed to be selling at any price, what do they have to lose?) this is really an issue of how strong your brand is. Strong brands seldom have to be sold at a discount since they don’t compete on price. This is one of those situations where the very existence of the problem means you’ve probably already lost the battle.

Compounding the MAP issue is the retail “wild west” landscape of marketplace sellers where a slew of unauthorized and third-party sellers can generate a flurry of reactionary re-pricing behaviors by authorized retailers feeling the pressure to compete. While MAP policies definitely play a significant role in protecting perceived value and quality with shoppers, brand partners must also recognize the considerable pricing pressures retailers are under.

I would never advise to violate MAP policies intentionally. There is a reason these policies exist, some of which are mentioned in the comments. There needs to be consistent enforcement by the brands, primarily targeting the authorized retailers. You’ll most likely never stop the unauthorized ones in most cases.

Just as “list prices” have become a slippery slope for retailers and the law, so do, as Jenn Markey write, MAP violations pose these problems for retailers in the current “wild west” of pricing and brand protection. Monitoring MAP (with a tool like MAP Monitor) gives manufacturers and retailers a valuable yardstick for assessing price behavior; protects brand image by avoiding unseemly discounting, which lowers the value of the product in the customer’s eye; keeps online purveyors out of price wars with each other, which devalue the product (and the retailer); more or less levels the playing field between those with higher operational costs or lower efficiency; prevents low-ball or unauthorized dealers from underselling others and dragging everyone down, which also lowers the perceived value of the product; Insures sales for the manufacturer — the more the retailer sells, the more they will buy from the manufacturer. No-one yet mentioned the difficulty of finding, tracking, and proving these violations. Upstream Commerce’s MAP Monitor software does just that. Shows MAP, what a retailer may be charging, and… Read more »
0
|
0
-   Share

My advice would be to go to the manufacturer rather than contributing to the domino effect of price drops. Although it can be tempting, and there are some creative “tricks” to violating MAP, it’s a lose-lose situation that drives down margins and puts your relationship with the manufacturer at risk.

While MAP policies are put in place to protect the manufacturer, they are also meant to help retailers protect their margins.

As a manufacturer, you need to enforce your MAP in a consistent and compliant manner. Use the same enforcement methodology every day to contact violators (versus a random or arbitrary approach).

Whether the violator is a large site or a small site, it’s a violation — treat it the same. Some small sites can trigger larger sites to follow suit, so you’ve got to monitor all sites to make sure you’ve got a comprehensive view of all sellers. Rely on a great monitoring tool that enables you to comprehensively support the retailers that trust you’re doing your part.

Braintrust
"As a principle, retailers should respect agreements they’ve made with suppliers. But they often aren’t clear on the strategy or rationale behind suppliers’ MAP policies and end up indifferent."

"Many like to curse MAP, but without it there is free-fall pricing. And without any MAP the internet usually wins, drastically eroding margin for everyone."

"Once a manufacturer sells the product to the retailer, the retailer owns it and should be able to price it anyway they want (and apparently many do)."