Some consumers excel at predicting flops 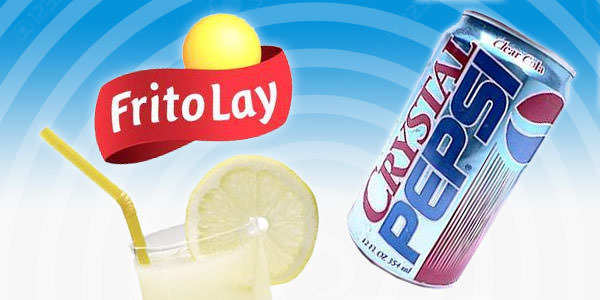 While brands and retailers continually try to link themselves to trendsetters, a new university study has identified a unique subset of consumers — "Harbingers of Failure" — for their ability to predict product failures.

The study, which appeared in the Journal of Marketing Research, analyzed more than 10 million transactions by 127,925 loyalty card shoppers from 2003 to 2009 at a big chain of convenience stores in the Midwest and Southwest. About 13 percent of the respondents were deemed as "Harbingers of Failure". If the group accounted for half of a new product’s sales instead of a quarter, the likelihood of the product succeeding fell by 31 percent. The group also tended to purchase niche items that few other customers chose.

According to The Wall Street Journal, the "Harbingers of Failure" segment tends to more educated, wealthier and have more children than average. Both the wealth and family structure reportedly encourages an openness to try more things.

Researchers said using both a customer’s history of buying flops and a tendency to buy quirky or niche items, a retailer can distinguish harbingers from non-harbingers and make better decisions about whether to continue selling a new product. A regular purchaser of Swiffer mops, for instance, would be identified as someone who was more of a non-harbinger with fairly mainstream and favorable-trend tastes.

"What seems to be happening is these customers have preferences that might be nonmainstream, or as we like to put it, they’re not representative of the overall population," said lead author Eric Anderson of Northwest University, on his university’s website. "We know when they really like your product, it shows that your product really appeals to a narrow group of customers."

Do you see much value for retailers or brands in identifying “Harbingers of Failure” to gauge the success of product launches? Should insights from such customers become a key part of product testing?

Please practice The RetailWire Golden Rule when submitting your comments.
Braintrust
"Am I missing something? It seems that these so called "Harbingers of Failure" are simply more likely to buy new items in general and new items are more likely to fail. Do we need to be reminded of our high school science and statistics classes?"

"I do NOT see value in this at all. The product has been launched — do a trial and repeat (is that a surprise?) to see if it is sustainable. The retailer is not going to invest in this research to choose which products to carry, so I see this as making the simple more complex. As the kids say, "FAIL.""

15 Comments on "Some consumers excel at predicting flops"

Am I missing something? It seems that these so called “Harbingers of Failure” are simply more likely to buy new items in general and new items are more likely to fail. Do we need to be reminded of our high school science and statistics classes? Correlation does not equal causation. Data can be powerful but we need to obey standard processes for interpreting that data.

As a side note, my mother-in-law has bought every new flavor of junk food produced over the past 30 years — I would love to see what loyalty card data says about her shopping patterns!

“Harbingers of Failure” — another catchy label for a customer segment, but how useful is it to retailers?

A danger of Big Data is that you can find correlations in many things. With enough data and statistics you can cull the correlations down to factors which have some reliability in predicting future patterns.

The challenge is that most retailers don’t have the time, systems or resources to develop a practical way of identifying and using “Harbingers of Failure” to pick winners and losers.

This might be a useful strategy for big CPG brands with the resources to implement these analyses before launching new products. But then again, you have to wonder if a new product launch team would put much stock in a “Harbinger of Failure” signaling that their brainchild is a potential flop.

The study and its results certainly suggest that at the very least, brands should incorporate these consumers into their test marketing process. There may be other mitigating factors as noted but this market segment may have an impact on the brand’s decision to move a particular product along the path to an overall launch. This consumer group may not necessarily be the target audience but their willingness to reach for a new product and try it should, at the very least, warrant attention.

If the product is targeted at the right audience — by price, promotion and availability — then it makes sense to test it against or with that exact audience. Seems like some brands already do this. With the cost of new products it is a must to test, and test at different price levels and with different promotional techniques.

What is amazing though is that some no chance-seeming products do get accepted by the target audiences. One area that is amazing is energy drinks. It is a word of mouth market and a Millennial focus area. They will drink anything if three friends say it is great. Easy group to sway. Baby Boomers are too smart for that. They are the tough ones with more money to spend.

I do NOT see value in this at all. The product has been launched — do a trial and repeat (is that a surprise?) to see if it is sustainable. The retailer is not going to invest in this research to choose which products to carry, so I see this as making the simple more complex. As the kids say, “FAIL.”

Be careful about taking the “advice” of customers. Remember what Henry Ford said: “If I had asked people what they wanted, they would have said faster horses.”

That doesn’t mean to ignore the customer’s feedback. Not at all. Just remember Mr Ford’s sage advice.

In contrast to some of the above comments, I’ll jump in with a positive comment. Given the credentials of the researchers, I’d like to move the discussion in a different direction. This is historical data analysis. The real issue, in my mind, is how to use it in a predictive way. For manufacturers it would be in the test phase, before full launch, to reduce the future losses associated with a failure. For retailers it would be the same application toward store brands. However, given the breadth of the data in the NU/MIT study, this type of predictive analysis would be only available to companies with adequate resources. So go for it. We have too much “innovation” waste in the supply chain now and too little predictive analytics. Related side note: A few years ago, I sent my recently-graduated son (MS in math research) to a CPG forecasting conference. His assignment was to attend a few sessions that I picked, take notes and summarize learnings using his knowledge of the science. His conclusion: there was… Read more »
0
|
0
-   Share

There are so many other and better uses of data that retail is still not using. Let’s not waste their time on this one.

It was fun to read though. Who would have thunk that people who like to try new things would be lumped in a group and called failure predictors? Always another twist, huh?

For my two cents.

Not for retailers, I don’t think. By the time the product makes it downstream, I am not sure the Harbinger’s signal can do much about it. From a product development/testing perspective, identifying and recruiting this segment into the focus groups and testing would be useful.

I’ve seen this work and I’ve seen it make product development people very fearful as well, the latter being a very bad thing. Once the people you count on to be ahead of the consumer are focused only on the “now”, you’re eventually going to have problems. Just look at the state of the apparel business: boring … other than the gut merchants, like Forever XXI.

My best testing moment of this nature was when we once showed renderings of a new store design to a “gut” oriented CEO (let’s call them exhibits A & B) and told him that consumers liked A best. He said, “That’s fine, but we’re going with B”. And it worked.

Sometimes, you just have to lead.

This is an interesting perspective, since we usually focus on the harbingers of success to gauge successful product launches. Why should we look at what not to do instead of the more specific (and reliable) what we should be doing? Positive perspectives bring more insight than negative ones.

This BrainTrust question is a bit complex, but, to me, very interesting. If a group of “Harbingers” can be identified that indicates (or reflects) potential or ongoing success or failure of a product, that would be wonderful news for product producers. With all their immense resources, I shake my head about some of the gigantic product failures by supposedly smart companies and smart marketing people that might have been avoided. (Think New Coke.)

Adrian Weidman, above, succinctly summarized my reactions, so I’ll leave it at that.

Interesting, but how would one recruit for this group? “Dear (potential) Consumer, our algorithm has identified you as a valuable predictor of failure.” Hmmm.

I really question this from a statistical perspective. It is like post hoc stock market analysis that is designed to determine rules for buying based on past gains and losses. Until the theory is tested going forward by making future predictions and validating their success, then you shouldn’t believe or use the approach.

That said, I’m heartened to see all the RW comments on correlation-causality and issues in back-testing against “Big Data” data sets! It’s good to see the perils of Big Data correlation analysis are becoming well known.

Keep in mind that the failure rate for new products in the retail grocery sector runs between 70% and 80%.

Both retailers (in terms of private label, which accounts for approx. 23% of a retailers revenue) and CPG manufacturers would be wise to pay greater attention to market research (pre-launch) in terms of refining their obviously flawed predictive models.

Braintrust
"Am I missing something? It seems that these so called "Harbingers of Failure" are simply more likely to buy new items in general and new items are more likely to fail. Do we need to be reminded of our high school science and statistics classes?"

"I do NOT see value in this at all. The product has been launched — do a trial and repeat (is that a surprise?) to see if it is sustainable. The retailer is not going to invest in this research to choose which products to carry, so I see this as making the simple more complex. As the kids say, "FAIL.""