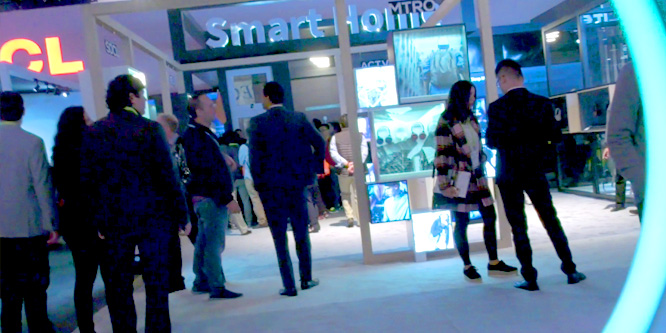 Voice-activated digital assistants are again in the spotlight at CES as manufacturers work to embed artificial intelligence technology into everything from refrigerators to slow cookers, beds and toilets. The jury is still out, however, on whether they’ll become key to connecting smart homes.

David Pierce, personal tech columnist for The Wall Street Journal, noted that many other software-related tools already connect a variety of home devices. He harped on the complicated programming involved in pairing devices, including the multiple steps required and the need to memorize specific phrases.

“I don’t want a thousand commands for a thousand devices,” Mr. Pierce wrote. “In most cases, voice-controlled assistants have hit a wall where they perform a specific set of tasks well and not much else.”

He predicted virtual assistants are still “far away” from fulfilling their promise of anticipating individual needs. The wide range of competing smart assistants — including Alexa (Amazon), Google Assistant, Siri (Apple), Bixby (Samsung) and Cortana (Microsoft) — is expected to slow the machine-learning curve.

Those questioning the technology’s potential also point to studies showing that digital assistants are currently mainly used for listening to music, checking the weather and playing games.

“We still don’t see a lot of people shopping and buying with smart speakers yet, but this may change if more lower-cost models begin to incorporate screens,” said eMarketer analyst Victoria Petrock in a statement. “We’re also likely to see people doing more things with their voice assistants as they find their way into cars and other home-based devices.”

An eMarketer report predicts that 26.8 percent of adults will be using a smart speaker by the end of 2019, and indicated improved functionality should drive increased usage.

Brian X. Chen, a consumer technology writer for The New York Times, wrote, “Lost in the hype about virtual assistants is whether people truly want an omnipresent companion involved in their everyday tasks.”

Regardless, the wide range of smart home devices debuting at CES again spoke to the industry’s push to have smart speakers replace mobile phones as devices consumers interact with daily. The capabilities were displayed by a Google Assistant-themed ride at the show.

DISCUSSION QUESTIONS: How important will smart speakers become to the daily lives of consumers over the next five years when compared to mobile phones? What are the main pain points in their functionality and how they support smart home devices?

Please practice The RetailWire Golden Rule when submitting your comments.
Braintrust
"It will take time and plenty of learning experiences before these devices truly scale."

"...the web and e-commerce were doubted in their early years too. In 1995-1996, business people literally told me regularly that the Internet “is a fad.”"

"When the race to one or two smart speaker platforms has been won and the capability is integrated into our primary device(s) then it will be successful."

Smart speakers have come a long way in a relatively short period of time, but I don’t see them supplanting mobile phones any time soon. The obvious advantage of a mobile phone is that it’s mobile – anywhere, any time – and they are utterly ubiquitous. I don’t think this is really a question of mobile phones vs. smart speakers. While there is some overlapping utility, ultimately they serve different purposes. Notwithstanding the early stage development issues with smart speakers, I think it’s simply a matter of time before they become less cumbersome and more effective. That said, we’re still in the early days.

Smart assistants have the potential to be a great antidote to screen fatigue. However, before smart assistants can reach their full potential, they must break the chains that bind us to very specific commands. Continued advancements in AI and natural language processing will certainly get us there, I believe, but memorizing unique skills for every task is a non-starter. Hence most smart speakers today are predominantly just that — speakers. I have no doubt that skills will disappear soon, but until they do, mainstream adoption for all but simple searches, music streaming and reminders will be limited.

I hate to sound like a Luddite, but for the average person this is a toy and not a particularly useful one. How many times do I need to change my thermostat in a day, for example? Yes, more people will buy them as they get put on sale at Christmas time and, like VCRs (for those old enough to remember these), we’ll probably see the formats reduced, perhaps to Google v. Amazon. But I just don’t think they are that useful yet. Technology in search of an application.

The digital assistant is good for some basic commands at this point. But compared to what they were like just a couple of years ago. If they continue to improve at that rate (and most likely the rate will be even faster) the digital assistant will become part of the fabric of our daily lives. We (the consumers) just have to learn how to use them, and that will be easier in the future than today. They will become more intuitive, have the capability to understand commands that aren’t worded the same way every time, and more. While there are still many things the digital assistant will be able do in the future that they don’t do now, their current functionality will be improved to the point that more people will be using them. We’re still not at the “tipping point” of them becoming a natural part of our lives. For many functions, they are still a novelty.

As I watch my grandkids below age five command and control their house, smart speakers clearly have a future. They will become more omnipresent and important when Alexa, Siri, Cortana and Google become embedded in devices we use everyday. My grandkids are already expecting my car to answer their questions. Make the interface easy to get practical things done and they will come ask. By the way Google Assistant needs a name … Hey Google there should be a contest for that!

Mid-line importance by those who actively decide to adopt them. Here’s the rub with personal assistants — they are fixed, constantly listening, aren’t standardized for multi-devices, non-private and non-visual. Consumers are not home all the time, and the devices compete with mobile devices which are already an extension of the consumer and more critical to being able to engage in the moment. Privacy is a real issue and not everything needs to be heard. The consumer doesn’t really have a grasp of what information is collected — for instance an argument between spouses shouldn’t be influencing their purchase options later in the day. Standardization is not yet there across so many variations of commands and requests nor can a device at the office identify (today at least) who the speaker is out of hundreds of voices and pull up relevant, personal information without performance degradation. I can’t walk into my local store and use the device without announcing to not just the device but also to everyone in audible range what’s going on. Lastly there… Read more »
2
|
0
-   Share

There is no question that voice-activated devices — in various business and personal scenarios — will become increasingly ubiquitous. However, most consumers are closer to their smartphones most of the time than they are to their in-home smart speakers and, therefore, are more likely to use voice-activation and commands on their smartphones. As humans become less self-conscious about talking to an inanimate object in the solitude of their own home, people may begin to use them more. And that will also depend on the ease of use of the devices (voice recognition, size of the lexicon, etc.).

My belief has always been that these devices are transitory sitting in between tactile mobile phones and eventually some form of optical assistants that can produce visuals and respond to auditory commands. Not to mention the mobility factor! Alexa needs legs.

The digital transformation and evolution of the shopping experience were sparked by the ubiquitous smartphone, which is our portal to the world of commerce, social networks, communication, and productivity. There are those individuals who preach how connected and smart their homes are, yet we are a long way away before voice assistants will replace the form factor and ease of the smartphone.

Will digital assistants eventually live up to the hype? We all should consider how hyped up the iPad and other tablet devices were when they were introduced, yet they have not come close to replacing the laptop for work and productivity purposes. The smartwatch is yet another innovation that created a lot of hype, yet it still remains a complimentary device to the smartphone.

For the moment, digital assistants remain a novelty, and a luxury add-on in a world where we are already continuously connected. It will take time and plenty of learning experiences before these devices truly scale.

Voice-activated digital assistants will become normal in people’s lives. One part of it, voice commerce, will become a game changer, as was the introduction of smartphones a couple of years ago. The danger is that if the voice commerce goes through a third party (in this case Google, Amazon, Microsoft, Apple etc), then it becomes a concern for retailers. Who decides which products will be offered to the consumer? Similar to the internet, we must have an independent system that does not conflict with the interests of a specific party.

When cell phones came out in the 90s, how many people envisioned what they would be today? The cell phone transformed from a way to place a call on the go to a computer in your pocket. I think we will see the same thing happen with smart speakers. As technology including AI becomes more sophisticated our use of devices like cell phones and smart speakers will evolve.

I do believe these products will become more useful and commonplace as the technology improves. For now, it’s still very much a novelty with limited appeal. Siri still fulfills my low-tech needs for now. I can get up off the couch to turn off the lights.

There is an enormous amount of misinformation and misunderstanding around AI, machine learning, and artificial assistants. I’m especially referring to Hollywood portrayals and journalists who have only done limited investigation to write a story (for or against), versus those of us with years of experience developing the technologies in some fashion. As I’ve stated before, the web and e-commerce were doubted in their early years too. In 1995-1996, business people literally told me regularly that the Internet “is a fad.” There is a long curve to develop a virtual assistant that is truly assistive. That does include predictive learning capabilities and few if any of the assistants now in existence claim to do that as a feature. They certainly do some prediction below the surface for data gathering. So there are three major problems with the hype that affect perception and adoption: Hardware vendors that incorporate assistants are doing so to capitalize on buzz, not to benefit consumers or raise the bar on AI capabilities. Remember all the hype on 3D TV at CES, what… Read more »
0
|
0
-   Share

When the race to one or two smart speaker platforms has been won and the capability is integrated into our primary device(s) then it will be successful. Unintegrated, point solutions offer minimal value.

Braintrust
"It will take time and plenty of learning experiences before these devices truly scale."

"...the web and e-commerce were doubted in their early years too. In 1995-1996, business people literally told me regularly that the Internet “is a fad.”"

"When the race to one or two smart speaker platforms has been won and the capability is integrated into our primary device(s) then it will be successful."