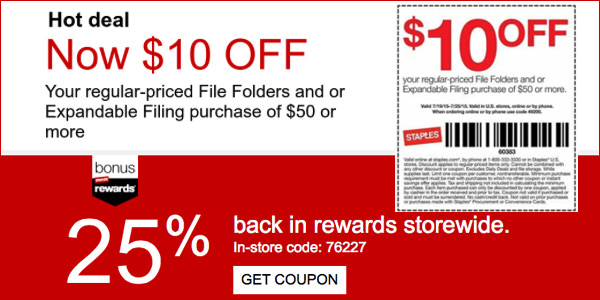 With consumers typically not needing the incentive of a coupon to return to their favorite physical store, discounts from loyalty reward programs tend to be more effective in encouraging repeat customers online, according to a new university study.

"Offline stores may be giving away profits when they offer loyalty rewards to customers who will keep coming back anyway, regardless of any discount that’s offered," Prof. Lim said in a statement. "Online shoppers, on the other hand, may use a coupon to revisit a retail website even when it’s not one of their preferred sellers."

The findings are based on the game-theoretic model developed by economist Harold Hotelling, which analyzes the economic activities in a market consisting of two firms. Prof. Lim’s study looked into how consumers might behave after making a purchase. It particularly looked into three factors: price, potential rewards (including coupons for repeat customers), and possible expenses such as transportation.

The study claims to be the first to compare the effectiveness of loyalty reward programs in both online and offline markets. It also investigates the value of the transaction data collected through loyalty programs, or information about consumer habits and preferences that triggers the mailing of coupons to regular buyers of particular products.

Online retailers were found to reap greater benefits using transaction data to build loyalty programs. For brick-and-mortar stores, transaction data might lead to the offer of rewards to loyal customers, but price competition would probably eat into any profits that offline merchants in relative proximity of each other might make from their programs, said Prof. Lim.

Prof. Lim suggests that future studies of the topic could look at periods of more than two purchases and at the ways loyalty rewards might best be used by companies that have both offline and online channels. The paper compared rewards programs among online-only and offline-only retailers.

Does it make sense that discount driven loyalty incentives work better with online shoppers than offline shoppers? Do you agree that discounts are often wasted on loyalty members who will likely visit the favorite physical store anyway?

Please practice The RetailWire Golden Rule when submitting your comments.
Braintrust
"Right answer, wrong theory — at least in my opinion. I think the utilization rate for online coupons (vs. physical stores) is higher due to the immediacy of the incentive. Anyone with a smartphone can impulsively respond to an online coupon "right now.""

The answer to this question is “it depends.” In retail grocery, as much as 60 percent of a store’s business could be driven by pure geographic convenience (first right refusal principal). Consequently shopper loyalty is not inherently dependent upon coupons and discounts as an incentive for that next trip, but rather physical location. However, many brick-and-mortar retail channels, such as apparel, technology, QSR, full service restaurants, etc., typically do not have the first right of refusal advantage, as their stores are usually located in areas where the competitors are also clustered. In addition, their offerings are often the key drivers of loyalty, not geographic convenience. Therefore coupons and incentives on signature items or services can be very useful tools in creating trial and repeat visits in these physical store operations. On the other hand, in the world of online retailing every store is, in theory, equally as convenient. Coupons and incentives can serve as “tie-breakers” if the shopper is equally disposed to several online retailers. I am not surprised that the study indicates a strong… Read more »
0
|
0
-   Share

Online shopping offers easy access to price comparison, customer reviews and a broad spectrum of vendor options, all from a single terminal sitting in the comfort of your home. Searching for a specific product is at your finger tips and as such the shopper journey is very focused on a specific item. Where and from whom you purchase the item is simply not as important as sourcing the item itself. No coupon will change that fact.

Once trust, credibility and service is established with an online retailer, the journey toward loyalty begins.

Discount-driven and loyalty-driven seem to struggle with each other in the same sentence. Discount, loyalty and price — pick two as you can’t optimize all three at the same time.

Chuck & Don’s pet food retailer drives loyalty with their “buy 10 get one free” program. This approach is a form of discount coupons but it does drive a shopper’s journey.

Yes, this makes sense. Local stores, due to their proximity to customers, probably will get traffic, whereas online you can go anywhere just as easily.

Online I find that even though I can go anywhere, if I find a place for certain items I stick to it. My decision to be loyal is based on pricing, time to ship and customer service when I need it. It has little to do with loyalty programs and coupons. When it comes to pricing, if over a period of time the online retailer is able to come close to or beat others, then I stop checking other sites and continue to purchase as a loyal customer would. These are for things you need often like consumables at the office.

Right answer, wrong theory — at least in my opinion.

I think the utilization rate for online coupons (vs. physical stores) is higher due to the immediacy of the incentive. Anyone with a smartphone can impulsively respond to an online coupon “right now.” The physical coupon (or digital in-store coupon) demands the additional effort of a trip somewhere. If the coupon is cited as the driver of the visit, presumably an otherwise unplanned trip. That’s a much bigger hurdle than “point and click.”

This makes total sense, especially the point that discounts for “loyalty members” who will likely visit their favorite store are often wasted. This is called dilution and it’s pervasive not only in loyalty programs but in much of marketing. The broad mis-application of mass promotion is an even bigger culprit. Just ask any competent CFO. Marketing profit, including loyalty profit, has to deduct dilution to be credible.

Shopping on and offline are different experiences and I think that can be used to retail’s advantage. Coupons are a great incentive to get shoppers to check out for the first and nth time. Sure, shopping online doesn’t require traveling, so it is easier for a lot of shoppers, but brick and mortar retailers can provide category specific coupons to get shoppers to buy items they usually don’t.

I think that multi-channel retailers should dig into the data to learn what items shoppers are likely to buy online vs. in-store. Maybe they should provide more targeted coupons for items that would go well with what shoppers previously purchased. Another idea is to provide coupons on big ticket items that take more thought. That’s where knowledgeable employees come in to help shoppers decide to make the purchase.

Discounts should only be given out strategically to keep retailers from needlessly cutting into margins.

Direct answer to the question: Online retailers can have a definitive advantage using transactional data to build loyalty. Goes back to that Amazon mantra: “Know the customer well. Leverage the data, manage the technology to speak directly to them offering highly lifestyle relevant products and services.” As a Prime member — “Leveraging my transactional data, managing the technology” — it is not difficult for Amazon to delivery relevancy to me each and every day to my home, online. And this can work to drive two levels of operational retail merchandising: As a “directed shopper” I know what I want to buy before I get to the store. The job of the retailer is to entice me with potential impulse purchases, “treasure hunt,” on my shopper journey to find what I already know I want to buy. This can work quite well with data-driven online shopping, and you can see the potential for applying mobile technology to drive similar sensibility in-store, etc. Very recent example: I am invited to a birthday party this coming Sunday. I know… Read more »
0
|
0
-   Share

Braintrust
"Right answer, wrong theory — at least in my opinion. I think the utilization rate for online coupons (vs. physical stores) is higher due to the immediacy of the incentive. Anyone with a smartphone can impulsively respond to an online coupon "right now.""