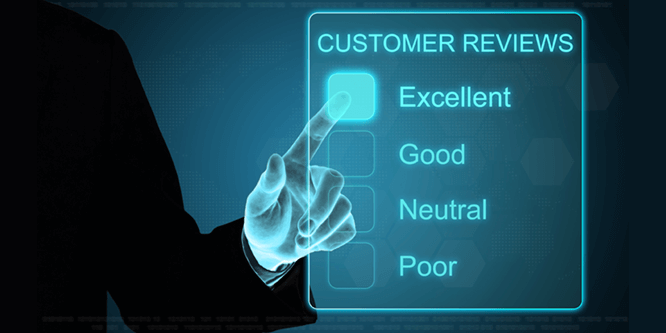 There may be something to the adage, “Under promise and over deliver.” According to a new university study, overly positive online reviews may be a reason why merchandise bought online has such high return rates.

Researchers from University of Groningen the Netherlands and University of Munster in Germany analyzed more than two years of sales data from an unnamed major European online retailer. A total of almost nine million page views and 631,063 purchase transactions for 2,164 different products in the electronics and furniture categories were captured.

Manipulating the data through a series of simulations, the authors found while positive reviews can raise sales, it also lifts the bar around expectations for the product. When the product arrives, it often falls short of those expectations and is returned.

The effect happens to a greater degree for “novice” buyers as well as for cheaper products, the study found. The net result is a higher total return cost that offsets the gain in sales, equaling to lower profits.

The researchers advised retailers to seek out a large number of reviews to provide consumers with a balanced estimation of the product’s performance. They wrote. “Retailers thus should actively stimulate customers to write a review after purchase, for example by providing them an appropriate incentive or by reminding them to write a review.”

The study noted that one of the down sides of online selling is its high return rate, estimated at 30 percent and costing retailers between $6 and $18 per return. Approximately nine percent of items bought at brick & mortar stores are returned, according to the National Retail Federation (NRF).

A study released last fall from returns management software provider TrueShip found that 22 percent of e-commerce returns resulted from a product looking and appearing different when it arrives than it did online.

HRC Advisory’s “2015 Supply Chain Transformation” study suggested having online purchases shipped to an actual store for pickup in order for the customer to touch and feel the product or examine how it actually works could reduce online return rates “to a more acceptable 15 percent.”

Please practice The RetailWire Golden Rule when submitting your comments.
Braintrust
"If you don't actually see, feel/touch and experience the product/brand it is hard to know if it is a fit."

"I am an academic researcher myself, and this result strikes me as a second-order effect."

"The rate of returns is quite easy to fix. Make and sell better products."

So before I got to the end of this discussion topic I harkened back to my Retail Catalog days, because if you’re my age it is your first point of reference and you remember the return rates being between 28 percent and 32 percent. My best guess of what was to come at the end of the piece was spot on at 30 percent. If you don’t actually see, feel/touch and experience the product/brand it is hard to know if it is a fit. I believe that reviews can play a role but history is the best predictor of the future and returns from catalog sales mirror the online experience. I believe showrooming and webrooming and leveraging brick-and-mortar as well as potential VR applications will reduce returns.

The rate of returns is quite easy to fix. Make and sell better products.

I am amused that retailers are looking to increase the rate that customers review a product after purchase with the idea that the reviews will make for a more balanced (with BOTH positive and negative comments) opinion. If they really understood research they would recognize that this is an impossible goal.

The reason is that the sample is self-selecting. There is no way around this huge bias. As a general rule, a self-selecting study returns only the extremes in opinion. This means that only those who love the product or those who hate it are motivated to respond and leave a comment or fill out a questionnaire.

So if you are selling online and soliciting reviews from the purchasers you had better get used to the resulting comments.

The study presents a very interesting result. Namely, overly cheerful reviews can result in higher return rates. I am an academic researcher myself, and this result strikes me as a second-order effect. The first-order effect being increased overall net sales, after returns.

I suspect that even if positive reviews are indeed increasing customers’ propensity to return the product, retailers are still better off with overly optimistic reviews from a small population of buyers that from a “more balanced review set.”

Customer reviews are the modern-day sales associate — they describe and inform. Tailored reviews most definitely reduce product returns! They relay important information: whether a pair of shoes runs half a size smaller, if a gold-toned buckle looks silver in real life, whether a fabric is itchy or thin, if a garment has an odd quality that wasn’t captured in the website photograph, ad infinitum. This information ensures what arrives on the customer’s doorstep is exactly what they paid for and helps retailers’ bottom-line.

Free returns and the inability to try on clothing purchases are the primary drivers of online purchases, not positive reviews. BOPIS may help lower returns, but that process is not as easy and therefore not as consumer-friendly as buying online with free returns. Returns are a fact of life. E-commerce retailers are going to have to get used to them.

As “returns” grows toward being the number one supplier to many retailers, the approaches to user review posting fuel this problem as well as others. Consumers are becoming more savvy to social promotions that are brand-driven (rather than consumer-driven).

Returns may look like a problem now, but it is really a symptom that suggests that a big gator bite into the backside of brands is coming.

Each return erodes trust and the relationship between the brand and their customer.

Sentiment and situation analysis allow the brand to know customer satisfaction with greater accuracy, and it is for the brand to reflect reality more closely while communicating what actions they are taking to reduce dissatisfaction (the stuff of negative posts).

Finally, as stated, there is no real substitute for trying things on to see if they fit, or how they actually look on you, in your own mirror in the privacy of your home. That is, perhaps, the ongoing pitfall of online selling and ordering — and returning.

The cost structure of online retailing is certainly interesting. Up front, someone has to pay for the delivery/fulfillment fee — there is no such thing as free next-day delivery. Secondly, there is an expected value of 30 percent of a $6 to $8 cost of return on every purchase. And virtually this entire cost of convenience is hidden from the customer who believes that free shipping and return privileges are a right, not a product cost factor.

Maybe the pendulum will swing back to brick-and-mortar where a shopper can get product faster and cheaper than online, or at least combine online ordering with in-store (not parking lot) fulfillment.

Yes, reviews influence online sales, and therefore returns. However, there are many factors affecting returns than reviews, alone. In fact, we have found that accurate online presentation of products is the main driver to reducing returns. Sounds simple, however, as product attributes change, online information must continually be updated. If the retailer has more SKUs than they are currently able to effectively manage (which is the case for more retailers than you might think), then that’s where the returns tend to increase.

Returns are a necessary part of doing business online. The 30% figure mentioned in the ad is clearly a poor statistic, since it does not indicate which retailers were surveyed, when they were surveyed (holiday always increases returns), and what was the mix of items included as part of the survey (clothing has a high rate of returns whereas other hard goods have a lower rate of returns). As Mark Twain once said, “there are lies, damn lies, and statistics.” Returns are not at higher levels because of reviews, but instead because of poor product information, product positioning, and hidden pricing charges.

Obviously any kind of false (positive) review can lead to an unwanted purchase, which, in turn, could lead to a return. But the problem here is the “false” part, not the “review” part (the same thing could be said for a pitch given on the sales floor). And valid reviews presumably lead to better matching of attributes with desires and lower returns.

So I think reviews are a small part of the return problem, which is rooted in the very basic and obvious fact that online purchases aren’t seen (or held, or worn or…) until after they are delivered. This is an inherent problem, best tackled by making products more standardized (clothing) or just better made … but good luck with either of those.

A great deal depends on the product category of the item. Obviously it is harder to gauge how the shoe fits or how the shirt feels until you are wearing it. On the other hand, if you buy Tide Pods online and have used them in the past, chances are that you are not going to return them. As someone who purchases a wide range of products online, I rarely return anything simply as a result of a discrepancy from the reviews. In fact, many times those reviews help me determine exactly what to buy and when I have ignored a potential flaw in the product as indicated by the reviews I have been sorry. So reviews can be helpful in NOT purchasing the wrong product in the first place!

If the reviews are genuine, being overly positive should not prove to be a problem. However, the moment customer expectations are not met, return rates will rise. This is a case where correlation does not imply causation.

Reviews can be used to reduce the level of returns if they are more detailed. For example, requiring the reviewer to rate the fit (runs small/large or true to size), fabric color and feel, etc. Make sure fitting charts are accurate too. Genuine reviews are important — while negative reviews can be harmful, what is more costly, a missed sale or a returned one?

Reviews are incredibly important. Consumers trust other consumers. Reviews are so important that retailers have gotten in trouble for creating fake positive reviews. Reviews are what allow a retailer to build trust with customers. Reviews can also be informative to the retailer (as opposed to just helping consumers). For example, if a retailer works with third-party sellers in a marketplace environment, reviews are critical so the retailer can monitor the performance of the seller. Research shows that the absence of any reviews can deter consumers from purchasing a product — that is how much reviews matter. All in all, reviews do more good than harm and are an important component of online retail.

Braintrust
"If you don't actually see, feel/touch and experience the product/brand it is hard to know if it is a fit."

"I am an academic researcher myself, and this result strikes me as a second-order effect."

"The rate of returns is quite easy to fix. Make and sell better products."