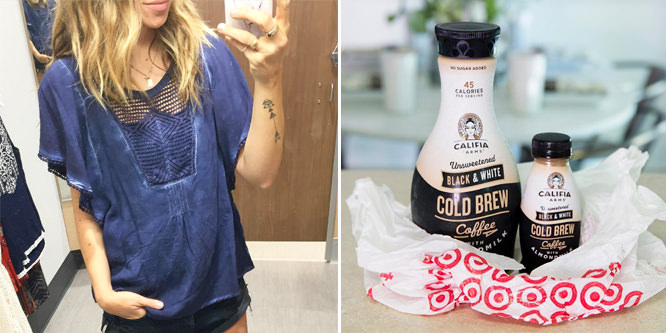 What are online super fans worth to retailers? Well, over 560,000 subscribers is nothing to sneeze at.

That’s how many Instagram followers Jen Coleman and Laura Wiertzem have established with their @TargetDoesItAgain account. Launched in 2013, the two use the social media platform to highlight finds from their Target shopping journeys.

“We’ve had a really engaged following since the very beginning,” Ms. Coleman told Racked.com. “I mean, who doesn’t love Target? Everybody’s in there, you’re grabbing diapers for your kid and you end up leaving with a pair of shoes or a new pillow. We had no idea that it would be this huge.”

The two mothers, who both worked in fashion, met in the blogging world. With one living in Southern California and the other in Texas, each often highlights finds before it reaches followers’ local stores.

@TargetDoesItAgain was featured on Target’s Bullseye View blog but the bloggers receive no compensation from the retailer. However, Target officials reportedly tell their vendors seek out coverage on the site. Ms. Coleman and Ms. Wiertzem are monetizing @TargetDoesItAgain through sponsored posts largely from food and personal care brands. They have also launched an online curated fashion shop, Ascot + Hart.

@TargetDoesItAgain is by far the most followed superfan account on Instagram. Others include @traderjoeslist with 199,000 followers, @WhoaWaitWalmart with 69,000 followers, as well as scores of accounts with only a few thousand followers.

In April, Ms. Coleman and Ms. Wiertzem launched @CostcoDoesItAgain and it already has nearly 40,000 Instagram followers.

“We could do ‘does it again’ spinoffs with many stores but most of them have been taken by random people trying to emulate what we do,” Ms. Coleman told D Magazine, a city magazine in Dallas-Fort Worth. “There’s a lot of accounts now following in our footsteps.”

DISCUSSION QUESTIONS: How can retailers work to encourage and capitalize on social media super fans? What type of retailers can best capitalize from such fans?

"Any retailer can capitalize on its fan base. It only takes a little time and effort. "

Retailers can help these bloggers by sharing inside information, providing pictures and detailed descriptions of items and by asking their opinions about upcoming products and promotions. Any retailer can capitalize on its fan base. It only takes a little time and effort. Bloggers like to be recognized and made to feel special.

Super fans in social media networks offer a great opportunity for retailers and brands, including creating different kinds of brand campaigns with vendor market development funds. For instance, the content could be run at the brands’ sites with the fans paid for that as well. And there are other ways for brands and retailers to surface this visual content from social networks and blogs without seeking out just super fans. There now are visual search services, like Ditto.us, that search within photos for logos and other distinguishing characteristics to identify specific products. I predict retailers and vendors will be tapping these sources of content in addition to fans’ pictures and posts.

A lot of times, just a simple acknowledgement and support from someone at corporate goes a long way helping to foster the community. Let the fans (especially the super fans) know they matter. It’s also a natural to plug fans into an associate program á la Amazon.

"Any retailer can capitalize on its fan base. It only takes a little time and effort. "