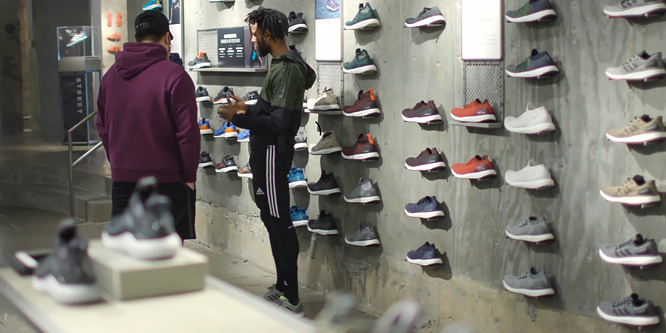 While supply chain disruptions are impacting all industries, the recent closure of factories in southern Vietnam have become a particular roadblock for many in the apparel and footwear sector.

Vietnam has grown in recent years to become the second biggest supplier of apparel and footwear to the U.S. after China. Among those with high exposure, more than half of Nike’s footwear manufacturing and a third of its apparel is sourced from Vietnam, while Gap and Lululemon each source roughly a third of products from the country.

Due to a COVID surge, Vietnam went into a prolonged lockdown that closed factories in mid-July. Openings slowly began in late September.

On the positive side, the 10-weeks of lost productivity and continued under-capacity production isn’t expected to impact U.S. holiday shopping season because production for holiday was completed before the COVID surge, according to a recent report from BofA Global Research.

BofA predicted, however, that U.S. retailer inventories will be significantly disrupted in the first half of 2022 and the return to full-production capacity will take longer than many expect. BofA argues that the return of workers to factories will be slowed by the gradual removal of restrictions, complicated factory guidelines, low vaccination rates and worker apprehension.

Rising input prices and port congestions may further lead a slower resumption of production activity, according to BofA. In the note, Mohamed Faiz Nagutha, BofA’s ASEAN economist, said, “There have been efforts to overcome these difficulties, such as shifting shipments to air freight and proposals to relax the over-time work cap. But these are not permanent solutions. Therefore, we believe a full recovery of productivity and utilization will take longer than expected.”

In reducing their guidance in recent quarterly calls, Nike and Adidas both said the impact of the Vietnam production disruption would start during the holiday quarter and run into early next year.

Nike’s CFO Matt Friend told analysts, “Lost weeks of production combined with longer transit times will lead to short-term inventory shortages in the marketplace for the next few quarters.”

DISCUSSION QUESTIONS: Do you see a minor or major impact on the apparel and footwear sector from the Vietnam factory shutdowns? What mitigation steps should affected firms be exploring in the near-term to limit the fallout as well in the long-term to reduce risks?

"Retailers should be diversifying their production networks and considering as much local sourcing and vertical integration as possible to overcome this."

"The world does not revolve around southern Vietnam. We see more product manufactured in Bangladesh, India, Malaysia, Pakistan, Egypt and elsewhere."

The classic “it depends” statement is very useful in explaining whether retailers will experience minor or major impact on their apparel and footwear categories. For those who have more advanced demand forecasting techniques, the impact can be softened, but not completely eliminated. For those who have not planned well, it could be a shock to their system, and they could be in for a difficult couple of quarters. Management teams would be well advised to bring together diverse teams to creatively brainstorm multiple scenarios because they’ll likely need to run several of these plays in order to mitigate as much risk as possible.

Every year in China industries shut down for Chinese New Year for six to eight weeks. The reason isn’t particularly the holiday, which is celebrated over a week or so, but the fact that workers return to their homes, which may be hundreds of miles or more away and many don’t come back at all. For a manufacturer, restarting the plant after the holiday is like starting a new operation.

This exists today and has existed for decades. But major retailers understood it and adjusted. I suspect the major retailers and brands were ready for the Vietnam situation. The supply chain issue did not suddenly appear. Those who will get hurt are the ones that did not plan.

The world does not revolve around southern Vietnam. We see more product manufactured in Bangladesh, India, Malaysia, Pakistan, Egypt and elsewhere. Walmart and Nike will not hiccup.

These countries, too, have been severely impacted by COVID-19 and will likely have recovery times at least as long as Vietnam. Deep-water ports and internal logistics are likewise issues (we can see what happened in Egypt with the blockage of the Suez Canal). Supply diversification is absolutely necessary – China’s labor force is shrinking – and smart brands are well along the journey. But in the near term, we are still looking at restricted supplies, high freight costs, and consumer inflation.

Somehow all this will get cast as a consequence of U.S. domestic policies over the past 10 months…

Absolutely! Supply diversification is absolutely necessary and smart brands are well along the journey.

This will be majorly impactful. Supply chain issues are a long-term problem – just because these issues won’t be urgent this quarter doesn’t mean we won’t see the ramifications ever. Retailers should be diversifying their production networks and considering as much local sourcing and vertical integration as possible to overcome this.

The best thing retailers and brands can do now is plan ahead. It’s not too early to start cultivating alternative revenue streams.

Creativity mixed with a bit of resourcefulness may be a solution. The resell market continues to grow. Can buy back/resell take some of the pressure off of the supply chain? Can brands pull forward simmering innovation pipelines for new revenue streams?

This is definitely a long game. Planning for supply chain disruptions and rebalancing revenue streams is a good place to start.

I’ve been back in North America for almost 5 years now but when I worked in Asia, there was a lot of geopolitics in the manufacturing industry in Vietnam. A lot of good manufacturers there, but the proximity to China meant that Vietnam was the equivalent to the “last port of call” for a lot of Chinese manufacturers and many production lines were reliant on Chinese supply chains for complementary materials/components. The wages were slightly lower than those in China but the “country of origin” issue vis-a-vis trade tariffs was the major attraction at the time.

I haven’t been directly engaged in manufacturing or sourcing over the past several years, but I suspect that Vietnam faces some of the same trends that China faced as its standard of living increased and economy turned to regional/domestic consumption. Regional diversification was the only option then and it will likely continue.

"Retailers should be diversifying their production networks and considering as much local sourcing and vertical integration as possible to overcome this."

"The world does not revolve around southern Vietnam. We see more product manufactured in Bangladesh, India, Malaysia, Pakistan, Egypt and elsewhere."