What will Walmart gain from its ‘returnship’ program? 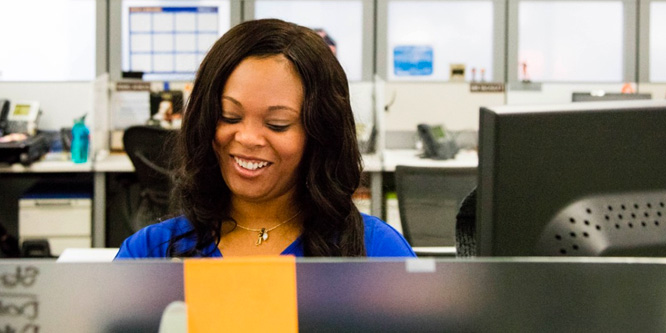 Walmart is helping a specific segment of the tech labor market get its skills up to speed.

The retailer announced that it would be expanding what it has dubbed its “returnship” program, according to Bloomberg. The four-month paid program helps those with five years of tech experience who have taken a break from the workforce to return to being job ready and pursue employment. The cohort tends to include women returning to work after caring for a child, as well as people who took time off to care for elderly parents or manage other personal situations.

Walmart developed the program in conjunction with Path Forward, which has worked with Apple and others. The retailer is now increasing the number of slots in the program threefold to accommodate a potential 100 participants. It is also expanding the program beyond its Walmart Labs location in California to other offices in that state, as well as in Arkansas and Virginia. Walmart hired about three quarters of the last round of participants in the program.

The program appears to bridge a gap for a population that still has plenty of willingness, desire and need to work in their field but has fallen behind on skills in an area where things change quickly.

Walmart has worked to become a leader in retail technology in recent years, trying to shake its image as a stolid suburban big box. In 2017, Walmart launched its Store No. 8 retail tech incubator, which has been the source of numerous customer-facing innovations. More recently the chain opened its Intelligent Retail Lab, a location used for testing AI and observing how customers interact with the technology in-store.

The recruitment and cultivation of staff from untapped or underexplored segments of the labor market is a trend that is seeing growth in retail where it is more difficult for businesses to retain employees. McDonald’s, for instance, recently launched a partnership with the AARP to help bring in older employees.

A new Labor Department study placed the unemployment numbers at 3.6 percent, the lowest rate of unemployment since 1969, according to CNBC.

DISCUSSION QUESTIONS: What advantages might Walmart gain by cultivating talent that wants to return to the tech workforce after an absence? What other untapped segments of the labor market might retailers pursue with similar programs?

Please practice The RetailWire Golden Rule when submitting your comments.
Braintrust
"Walmart and every other employer gains a great deal by hiring people who are self-motivated to return to the workforce."

"Love the spirit of “returnship” and I hope it leads to a broader impact and way of thinking."

"A company willing to invest in retraining talented people that have been out of the workforce will pay large dividends."

11 Comments on "What will Walmart gain from its ‘returnship’ program?"

I think this is a brilliant program and I commend Walmart for once again taking the lead with an innovative idea. There is no downside here at all. First, Walmart immediately taps into a pool of future employees who after receiving the training will most likely qualify for employment at Walmart. Second, there is tremendous goodwill and positive press that will come out of this for Walmart making others continue to feel good about the retail giant investing its profits in programs that help people. Moreover, finally, it will be a natural bridge for other similar programs Walmart may pursue to increase its hiring pool for future employment. I see this as a big win-win!

In a hot tech market like we have today, re-hiring a known employee who already knows the culture and systems is a good thing. Overall it will save Walmart money in terms of training, fit, and understanding norms. It’s a good idea with plenty of advantages. Plus knowing the employees, Walmart can choose whether they want that particular person or not (depending on their past performance). Although Walmart is doing this, there is no reason why other retailers should not follow suit. In fact, it is the smart thing to do.

You can teach new skills, but motivation is not one of them. Walmart and every other employer gains a great deal by hiring people who are self-motivated to return to the workforce. For years, Apple has had the philosophy of “hire for smiles.” You can teach staff anything they need to know to operate the store, but you can’t teach someone how to smile. The flip side is that the talent has to see more than a paycheck. In addition to investing in training, retailers must create a work environment that retains talent. The core foundation starts with the premise that staff are valued asset, not a labor expense.

Walmart can get a bad rap as a category-killer. The reality is that they invest in communities and the returnship program is another example. There are so many people who aren’t sure how to get back into the workforce (for a host of reasons) and to have an approachable brand like Walmart open the door like this – Walmart deserves major kudos.

Another untapped segment of the labor market that retailers should consider: drug offenders who received felonies for possession (vs. trafficking or dealing) five or more years in the past. There’s a segment of the population who didn’t/doesn’t have access to information or resources on how expunge their record. So the bag of pot that was found in their locker when they were 18 and the felony that came with it, holds them back today. They’re looking for someone to give them a chance – and there’s enough of them out there to make a significant difference.

Brilliant. Think of the loyalty this will breed for those re-entering the workforce. A company willing to invest in retraining talented people that have been out of the workforce will pay large dividends. My wife was home for 10 years with our kids and re-entering was not easy – these types of programs will be great across multiple disciplines.

This is a very encouraging development from the Walmart team. Especially as there are more mature members of the workforce that are motivated and ambitious, yet the negative perception around employment gaps prevents them from re-entering the workforce.

Once companies such as Walmart lead the way, we should expect other large companies to follow suit and capitalize on the talents and experience that this segment offers. With retirement ages extending well beyond 55, companies would be wise to step up to the plate, help to remove any stigma around ageism, and help drive these necessary changes.

Extremely logical. In a labor market where is it a challenge to find, hire and retain talent, and yes, the key word is retain, “returnship” will be incredibly rewarding for Walmart and appreciated by the new hires, who will be thrilled to accept the opportunities – again.

Kudos to Walmart on their effort to get people back into the workforce.

Walmart’s returnship program is a great way to encourage former employees to come back to work for them. Everyone is potentially a winner. Walmart gets back The Walmart has history on these potential employees and be selective in who it hires.

The returning employees have worked there before and have an understanding of the work environment. They get training to ensure they are familiar with Walmart’s current technology. My expectation is they these employees will have a lower turnover rate than Walmart’s existing technology workforce.

Love the spirit of “returnship” and I hope it leads to a broader impact and way of thinking. Re-hiring a hundred people in one tech center located within a hotly competitive regional talent market should be only the beginning.

How about adding an accelerated on-ramp for experienced managers from outside the Walmart community? Expanding the scope beyond the tech/data areas might also have merit.

I love the idea and hope it is a first step, not a full blown program — what about people returning to the workforce who did not do tech work but have acquired some skills or want to acquire those skills? What about people in the other 2000+ Walmart locations?

Braintrust
"Walmart and every other employer gains a great deal by hiring people who are self-motivated to return to the workforce."

"Love the spirit of “returnship” and I hope it leads to a broader impact and way of thinking."

"A company willing to invest in retraining talented people that have been out of the workforce will pay large dividends."