Why are women paying more? 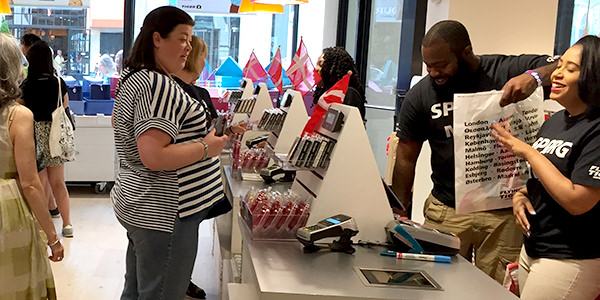 A new study has found that a wide range of women’s products cost seven percent more than similar products for men.

Described as a first-ever study of the gender pricing of goods in New York City across multiple industries, NYC’s Department of Consumer Affairs (DCA) compared nearly 800 products with clear male and female versions from more than 90 brands sold in-store and online.

In 1994, the State of California studied the issue of gender-based pricing of services and estimated that women effectively paid an annual “gender tax” of approximately $1,351 for the same services as men, the DCA noted.

The findings suggest that, over the course of a woman’s life, she pays “thousands of dollars more” than a man to purchase similar products, the DCA stated. Although there may be legitimate drivers behind some of the price discrepancies — such as ingredients, materials and import tariffs — most were the same quality items for both genders.

Department of Consumer Affairs Commissioner Julie Menin said the study was designed to educate consumers about the price disparities so they can make educated choices, but also to “encourage all New Yorkers to join us in calling on retailers to change their pricing practices.”

A Washington Post article noted that companies may be taking advantage of women being willing to pay more for products than men. Women’s products also may be perceived as packing more value than similar men’s items.

“People see a greater fit between the product and their tastes,” Ravi Dhar, director of the Center for Customer Insights at the Yale School of Management, told the Washington Post, “and may be willing to pay more.”

What are the biggest reasons women’s products are generally priced higher than similar items for men? Are retailers and/or product manufacturers at fault?

Please practice The RetailWire Golden Rule when submitting your comments.
Braintrust
"It would seem that stereotypes are being played whereby men are perceived as utilitarian shoppers and women are emotional shoppers and therefore pricing reflects those feelings — but I don’t know."

10 Comments on "Why are women paying more?"

Seems like this is a question best answered for those behind the pricing models, as none of us ladies are particularly interested in why — we would just like it changed. If you ever want to see this in action, take a white button up man’s shirt and the same (smaller) white button up women’s shirt to the dry cleaner and note the price difference. It’s infuriating.

If I had to guess, it would be the cost of beauty — the pressure we’re under to look good and stay that way. As a former boss of mine used to say, women are always “buying into the dream” and societal pressures are always there to keep it that way. If we feel that something magical will happen to our esteem/face/body/whatnot from a product or service, we’re willing to pay more, to chase that dream per se.

It’s not clear how there are women’s and men’s toys and children’s clothing, so it’s hard to understand how the study was carried out.

That said, it would seem that stereotypes are being played whereby men are perceived as utilitarian shoppers and women are emotional shoppers and therefore pricing reflects those feelings — but I don’t know. More often this happens for the exact same product offered in very different socioeconomic neighborhoods, for example gasoline.

On like goods, the “fault” is everywhere including shoppers that vote with their dollars.

I was baffled by the study as well. I applaud its intentions, but can’t draw similar conclusions. But as Laura points out, we’re also purchasing products that most men don’t buy (think lipstick and feminine products) and therefore incur expenses they don’t.

I am not sure what conclusions can be drawn as to why women are paying more for various types of products. However, women do purchase different types of products in the beauty category than men do because they are looking for specific products for their needs. This includes specific cosmetics, hair treatments and skincare products. These choices will lead to paying more than men.

It’s obviously consumer driven and retailers and manufacturers are capitalizing on the opportunity. There is no fault in this because the consumer and the retailer have found agreement between each other. Each gender has their unique personality traits which affects their spending habits and their willingness to part from their cash. It’s not the job of a salesman/retailer to give breaks to certain genders but to separate cash from peoples pockets by knowing the weakness to take advantage of. Perhaps clothing and personal care products are not as high of priority for men and therefore men refuse to pay more for them. Car salesmen tell me women generally will pay more for a vehicle but men will buy a more expensive vehicle. I’m sure there are products and services men choose to pay more for. Food servers tell me men will tip more. My hair stylists says that women generally go beyond a basic haircut and will pay more, while men just get a basic haircut but tip better. While women might pay more for… Read more »
0
|
0
-   Share

Because the products are, theoretically, at least designed specifically for women. With a little investigation women will find that the products are the same. If we started purchasing the male version leaving the female version on the shelf, the price discrepancy might disappear.

Is aftershave the equivalent of a fragrance a woman might buy? How many SKUs are stocked in the men’s shoe department as opposed to the women’s shoe department? Are more men’s or women’s suits priced in four figures? Is the NY Department of Consumer Affairs study comparing identical products or just “similar” items?

I find it hard to believe that retailers intend to rip off female customers in order to give men a break. Are the white button-up men’s shirts and white button-up women’s blouses created equal? I find many more styles and colors in the women’s blouse section than I find in the men’s dress shirt section. There is a reason more designers spend more time on women’s wear than they do on menswear. That has to be priced in. There are so many variables involved that it is more likely the DCA study was designed to be a political statement rather than a scientific experiment.

Hey it’s not peer-reviewed. Seriously, though, although the study to outward appearances seems “fair,” I’m wondering if bias didn’t creep in (even if unintentionally). For example in the section under personal care, the study admits many items were unisex — i.e. they were unlabeled — but they were nevertheless designated as targeted at women. It also seems that many items — e.g. scooters — are traditionally “male” items, and the “female” versions are likely seen as niche products. The study also found, in many cases, the male items were priced higher, not lower; if there is some systematic anti-female bias, then why aren’t all items for males less? Maybe the products really aren’t identical, or there are differences in the demand curves.

In short, I’d like to see the study reviewed by someone with fewer political motives.

Just take a look at a woman’s closet versus a man’s (Okay, okay, I know this is not true in every case). Women tend to have a much bigger wardrobe and many more things. I chalk this up to good ole supply and demand.

Shoes and handbags contribute a lot to this. Women purchase more shoes and more handbags than men ever will. And many women are willing to spend more on a quality purse or quality shoes made in Italy. Traditionally, fashion shows and the resulting merchandise appeals and is targeted towards more women than men. And then there’s the beauty industry. Women have worn make-up and painted their nails, and frequented beauty salons for years. We do this because there is a double standard. Women are judged when they age vs. men. It’s a lot to deal with. Ageism is on the rise and if you think it’s not, just look at what Carrie Fisher recently said (Google it).

Braintrust
"It would seem that stereotypes are being played whereby men are perceived as utilitarian shoppers and women are emotional shoppers and therefore pricing reflects those feelings — but I don’t know."