Will 7-Eleven’s plan to deal with worker shortages in Japan migrate to America? 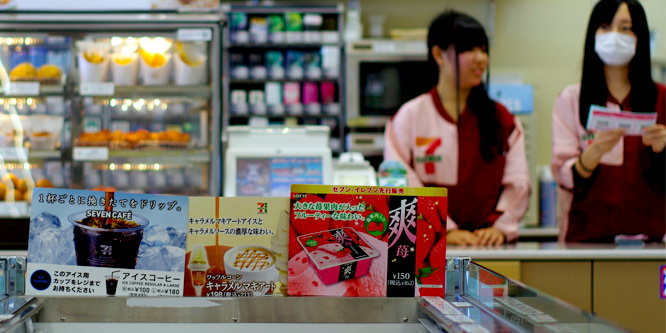 Seven & i Holdings, the owner of 7-Eleven, has an employee shortage problem in Japan. The situation has become so serious that the convenience store chain has resorted to using technology such as radio frequency identification (RFID) technology to reduce or eliminate its dependence on human workers.

The worker shortage has resulted in higher recruitment and retention costs for businesses. The convenience store giant took the unprecedented step, according to Reuters, of reducing royalty fees paid by franchisees. The goal is to ease the burden on existing franchisees while making it easier to recruit new ones.

According to reports, 7-Eleven has joined convenience store rivals FamilyMart UNY Holdings, Lawson and Ministop, along with East Japan Railway, in plans to introduce RFID by next year. The three chains represent 90 percent of the convenience stores run in Japan, according to the Nikkei Asian Review. The goal of the RFID program is to eliminate manual barcode scanning. This, in turn, will help the stores achieve their goal of having fully automated checkouts by 2025.

The costs associated with using RFID can be substantial for the number of inexpensive products sold in convenience stores. The technology, which is more frequently used to track higher ring categories such as apparel and consumer electronics, is still seen as the best alternative in Japan as worker-associated costs have gotten out of hand. The convenience stores will also benefit from a pledge by the Japanese government to subsidize some of the costs associated with the transition.

In the U.S., competition for workers has picked up in recent years with many chains raising wages. At the same time, employers have deployed technology to improve performance while reducing costs.

Amazon Go, the e-tail giant’s convenience concept, has been designed without checkouts. Amazon is using a combination of technologies — “computer vision, deep learning algorithms and sensor fusion” — to eliminate a perceived pain point for shoppers. The concept is still in beta with the first store open only to Amazon employees as management works out technological challenges it has encountered.

DISCUSSION QUESTIONS: Will 7-Eleven’s RFID plan in Japan make its way to American stores? Do you see full automated checkouts as a goal that many U.S. retail chains will pursue over the next decade?

"Will RFID lead to a new form of self-checkout? Ultimately it may, but the road will be long and bumpy."

"Concern over staffing rates number one over government regulations, technological challenges and the competitive market place."

9 Comments on "Will 7-Eleven’s plan to deal with worker shortages in Japan migrate to America?"

I still think that RFID for C-stores and for grocery stores is not a technology that can fully operate where there are so many metal and liquid items in their stores. However, the use of technology will continue to advance. So I do not see that level of technology going into American stores for at least a decade or more. There was a fully automated checkout grocery store that opened in Phoenix several years ago and it failed. Americans are more social and need a choice between manned and automated checkouts. I think we will see 75 percent self checkouts and 25 percent manned checkouts going into the next decade. I still think automation is great but it cannot completely eliminate store staff.

Before the RFID concept makes its way to America, it has to succeed in Japan. RFID technology works well in certain categories and not so well in others (like a 16 oz. cup of Coke). While there are ways to work around the problems of RFID sensitivity, they will add cost to the process. The cost may be bearable in Japan as long as payroll costs are high, but that may not be the case in the U.S. Wait and see.

Yes, fully automated checkouts are in our future. Why do we need a person to charge us for products when we place these in our carts ourselves? After we place products in our carts, we should be able to simply select “charge cart” and everything in the cart gets charged to our electronic payment on our phone as we walk out the door of the store. No checkouts, no waiting, no workers at checkstands. Now workers will be focused on helping customers find and place items in their cart! Great customer service!

Will RFID lead to a new form of self-checkout? Ultimately it may, but the road will be long and bumpy. It will work better in some retail environments than others.

C-stores, like many other retailers, sell a variety of items that are not conducive the use of RFID tags. Examples include the various forms of food products ranging from dispensed drinks to food prepared on-site. Other items are age restricted. Cigarettes and other similar items are displayed behind the counter and are clerk-served. Others such as beer and wine are displayed in the cooler or on the store floor. By law a clerk is required to verity the age of the buyer.

I agree with Frank’s statement that automation will continue to change the checkout process but store staff will be involved in the process for the foreseeable future.

Just take a look at the cover and lead article of this month’s Convenience Store Decisions magazine. There you will find the following quoted based on our findings of their just-completed 9th annual HR survey of the c-store industry.

“The survey found overall optimism for the year ahead but the number one concern was is staffing.”

Most all of the respondents were looking at ways to reduce labor costs by the use of technology. So in answer to your questions, more technology is on the way in the c-store industry to help relieve the pressure on staffing.

RFID notwithstanding, I do believe that we will see greater levels of automation in brick & mortar stores. The reason may or may not be a labor shortage. The reason will be the expense of hiring human beings, along with increasing margin pressures of competing with online shopping solutions.

Technology made popular in Japan usually takes a while before it gains traction across the Pacific. Take a look at the contactless smartcards that people use for public transit systems. We’ve had the technology readily available for years but only recently started using it here in the Bay Area with our Clipper cards. Hong Kong has had their version since 1997. Sure, technology adoption rates have improved, but it’s still going to be a while before RFID becomes part of the everyday shopping experience.

Amazon Go is a prime example of how U.S. companies are already pursuing the technology, but everyone trying to make RFID checkout a thing is still in the developmental phase. All the kinks have yet to be worked out and streamlined before it reaches mass adoption.

I’ll make this simple: if I understand this correctly and the ultimate goal is to have fully automated, unmanned stores, then I don’t think it will work here. There is simply too much of a problem of shrink and age-restricted items in this category of retail. And if the idea is that clerks will be there to monitor things, just not scan them — then I don’t really see the point.

It isn’t the technology, but the labor cost and availability in Japan that is driving them to use RFID technology. At the end of the day it is the business model that dictates the implementation of tech in retail. I don’t see the cost justification of a c-store with all the food service items to go to RFID in the US, I think the Amazon stores will be a good test to see how practical the model works in some way in the US.

"Will RFID lead to a new form of self-checkout? Ultimately it may, but the road will be long and bumpy."

"Concern over staffing rates number one over government regulations, technological challenges and the competitive market place."