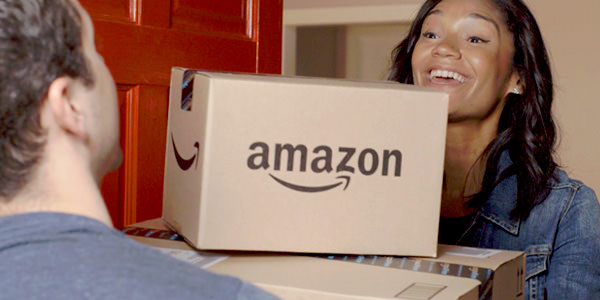 My first question when I saw headlines that Amazon.com was raising its limit to receive free shipping on orders from $35 to $49 was why anyone who shops on the site would not just sign up for Prime? After all, $99-a-year gets you free two-day shipping on most orders regardless of size, plus other perks such as unlimited streaming on select movies, music and television shows.

While Amazon has been pushing to increase the ranks of its Prime members (47 percent growth in its U.S. numbers last year), there are still millions who shop on the site who have not joined the club.

At this point, there seems to be very little that Amazon or its competitors can do to slow the Prime juggernaut. Back in March 2014, Amazon increased its annual subscription from $79 to $99 for Prime members. At the time, most thought the increase would have little negative effect on Amazon, and theories that alternative programs offered by retailers or third-party providers would lead to Prime defections have not been borne out.

DISCUSSION QUESTIONS: How will Amazon.com’s decision to raise the purchase criteria for free delivery from $35 to $49 affect its business? How important opportunity does this present for competing retailers?

Please practice The RetailWire Golden Rule when submitting your comments.
Braintrust
"I don’t believe that raising the minimum purchase requirement can be equated to the increased Prime fee Amazon imposed in 2014. Those are two different demographics."

18 Comments on "Will a higher free shipping minimum hurt Amazon.com?"

George’s first question is the most relevant: Why wouldn’t anybody simply join Amazon Prime, instead of bearing the extra costs associated with the higher free shipping minimum? Amazon may be trying to recover some profit to offset the costs of growing the Prime business, but its ultimate goal is to continue pushing Prime membership. Once you’re hooked on Prime, it becomes a huge incentive to stay loyal to Amazon.

I don’t believe that raising the minimum purchase requirement can be equated to the increased Prime fee Amazon imposed in 2014. Those are two different demographics.

This move is really a line in the sand to see who will stand with George’s conclusion that a $99 Prime investment is more sensible than meeting a minimum shipping requirement. Some people will agree with the logic and others will have had enough of Amazon — as unbelievable and blasphemous as that sounds.

Despite Amazon’s impressive milestone of 51 cents of every new dollar spent online going to them, there are still millions of competitors out there. Many shoppers that don’t want to drop $49 on each order will be more incentivized to seek them out and in many cases, the lower product prices those merchants offer.

I’m certain that in the coming year we will hear how this change increased Prime memberships and just as certain that we won’t hear a sound about diminished growth in non-Prime small orders.

I can’t see this having much of an effect on Amazon but this could encourage people to buy more at once (keeping $35 worth of goods in your cart until you find something that would break the $49 barrier) and competitors could try to undercut Amazon with a lower free shipping barrier. I predict that Target, with many similar items and free shipping over $25, will reap some extra benefits.

This may be a ploy in disguise to entice more people to join Prime and for Amazon to be guaranteed the $99. Customers that don’t shop Amazon often, and KNOW that they don’t, may deem Amazon Prime a waste of their money. For Amazon junkies, on the other hand, Prime is a no-brainer. Without the statistics and breakdown, it is hard to answer the question categorically.

The world is divided into three groups — Prime members are unaffected, frequent Amazon shoppers may also be unaffected. It’s the very occasional shopper who may do the comparison shopping to see if they get a better deal. In the end, probably not much of an impact.

Amazon has the momentum of three consecutive profitable quarters. But overall shipping costs rose by 37 percent in Q4 2015, up to 12.5 percent of sales from 10.9 percent a year earlier. Containing that trend of rising shipping expenses as a percentage of sales is a top priority.

There remains debate about whether Prime itself is accretive or a drag on earnings, but there is no question that it is jet fuel for Amazon’s growth and share gains.

Meanwhile this places Amazon and Walmart neck-and-neck at around $50 order minimums for free shipping, Target at $25, and Jet in the middle at $35. Shoppers will have to weigh those factors alongside other fundamentals like selection and convenience, and I think Amazon will fare just fine.

My first thought was exactly the same as George’s — if you shop Amazon even occasionally it is foolish to not sign up for Prime. With Prime, Amazon gets to be your go-to source for online orders. Raising the minimum is likely to get more Prime members who will buy more frequently.

For anyone on the fence about joining or renewing their Amazon Prime membership, it nudges them to do so. For those occasional users of Amazon, the margins on those orders just got a boost.

For retailers the upshot is that customers are willing to pay an upfront fee to get trusted purchase transactions with credible and reliable delivery promises.

As noted in the article, the most likely scenario is that it will move more Amazon shoppers to enroll in Prime. I think it will be an opportunity either way, raising the basket size and/or increasing the number of Prime members.

This is an opportunity for competing retailers to potentially seize some of Amazon’s online business. The key is to develop an offering, e.g., free shipping on $25 minimum purchases. For this to be successful, the break-even for free delivery must be accounted for in whatever minimum purchase level is chosen. In addition, competitors need to “shout out” this new customer-friendly option.

This could be a brilliant move for at least three reasons. First, the typically low prices plus shipping are still a good value. Second, upping the minimum for free shipping helps defray some of the cost with an increase in revenue (provided there’s a margin there to begin with). Third, this should help increase the Amazon Prime membership numbers. It will help rationalize the decision to spend the $99 per year.

Here’s why. With only one exception that I can recall going all the way back to Amazon’s start, I’ve never paid a dime for shipping. The new $49 minimum just means we order a two month stock-up supply of cat food or protein shakes instead of a one month supply. For some people membership in Prime clearly makes good sense. I get that. But to many others of us paying for Prime is just a total waste of almost a hundred dollars for something we’d otherwise be able to finagle to get for free.

George, you almost answered the question in your first paragraph. Why wouldn’t we all be Prime members given the spend to get free shipping? This is a huge price increase. Could the hidden message be to join Prime? I think so. This is a 40 percent jump. My uneducated guess is Amazon knows they can make more money with the $99 Prime membership. I have to close now. I want to make sure I am a Prime member before they choose to raise that price.

Costco has a membership fee and low priced products. Amazon has prime and low priced products. It’s just part of their business model and other retailers have to excel on their particular models to keep customers coming back. I can certainly see this driving more prime memberships, and I think it’s a good move. After all, a non prime customer who is ordering $39 worth of product isn’t very profitable.

I’m definitely in the minority here, but I’m also notoriously cheap, so that might explain it. I don’t see this causing a huge increase in Prime membership. If my choices are to pay $3.99 for shipping, bump up my order a bit, or shell out $99 for a Prime membership, I’m going to opt for one of the first two choices. While I do use Amazon, I don’t use it the 25 times or more a year needed to break even.

Will they be able to push more to join at this level? I think this will help their recruitment into Prime. They will lose some number of small purchases because of the threshold, but this helps them to achieve the goal of growing Prime which huge long-term benefits for Amazon.

What I also find interesting in this shipping pricing change is it shows that Amazon has some pressure to show a consistent profit on the retail area of its business and it shows the size of an order necessary for Amazon to make a profit, about $49USD.

Trees don’t grow to the sky. However, Amazon has plenty of added fertilizer and nutrients in term of consumer belief that they can readily raise prices against a variety of retail competitors and still hold onto growth patterns. Free shipping is magical from a consumer standpoint — the Prosper Monthly Consumer Survey points to that service offering is the #1 care-about for online purchases. At the same time, it behooves retailers to know and understand not only what consumers are doing within their stores, but what they are doing outside of their stores. That applies to Amazon, as well. Prosper Consumer databases reveal that Nordstrom shoppers have increased their use of Nordstrom.com over the past 3 years at the expense of Amazon.com for apparel purchases. In March, 2013 15.7% of Nordstrom shoppers used Nordstrom.com MOST often for their online buying of apparel, compared to 16.7% who stated that they used Amazon.com MOST often when buying apparel online. That number has flipped decidedly. In December 27.5% of Nordstrom shoppers chose Nordstrom.com MOST often when purchasing apparel online,… Read more »
0
|
0
-   Share

For Amazon it is a case for profitability and loyalty. Prime is its loyalty engine and by adjusting the free shipping threshold (which many online retailers have), it is pushing the case for Prime. Amazon is price competitive enough that for occasional shoppers it is worth buying a few dollars more to get the free shipping. They also have a specialty category of “filler” items that are designed to help customers cross the threshold which they merchandise well.

Braintrust
"I don’t believe that raising the minimum purchase requirement can be equated to the increased Prime fee Amazon imposed in 2014. Those are two different demographics."