Will customers give Amazon the keys to their smart homes? 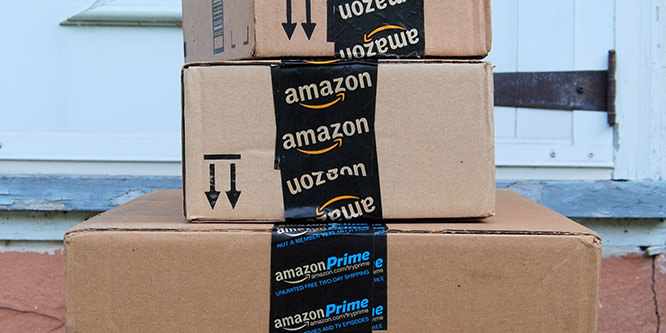 Amazon.com has been continually upping the ante on how quickly and conveniently it can get people their orders through any number of last-mile logistics innovations. But a new delivery option they’re testing sounds like it could strike some as a little too convenient for comfort.

Amazon is exploring the idea of offering in-home deliveries, that is, having delivery people place items in the home of the customer when he or she is not in the residence, Engadget reported. Amazon is looking to facilitate this through a partnership with a smart locks company and an IoT garage door company.

Such a setup could benefit those who live in buildings without vestibules and cannot receive packages at work, and so are either constantly missing deliveries during the day or unable to order from Amazon entirely. But the potential privacy concerns are quite obvious. The model would require allowing a stranger into residences unsupervised, which could lead to theft or vandalism, or allow criminals to case out residences for future break-ins.

There is also a concern that a hacker could steal data from one of the parties involved in facilitating the in-home deliveries, which would grant a third-party access to the house. Even without the added concern of data sharing between Amazon and other companies, smart locks have problems of their own. At this year’s Def Con hacker convention, as reported in Dark Reading, a researcher characterized 75 percent of the smart locks he investigated as easily compromised.

Exploring the possibility of in-home deliveries is only the most recent of Amazon’s high-tech delivery experiments. In July, for instance, the company patented technology that would enable delivery drones to perch on docking stations affixed to street lamps.

Amazon has also been beefing up its delivery presence at the other end of the logistics chain. In August the company announced that it had begun leasing cargo jets to supplement other shipping carriers.

Last week, The Wall Street Journal reported that current and former Amazon managers have confirmed the company’s desire to build its own shipping business in an attempt to reduce delivery costs.

DISCUSSION QUESTIONS: Is the idea of in-home package delivery one that could take off in the era of the smart home? What would it take for people ordering from Amazon to be comfortable with getting in-home deliveries from the company?

Please practice The RetailWire Golden Rule when submitting your comments.
Braintrust
"I completely believe that this is a concept that could see wide adoption."

"Is a delivery at home really so critical that you need to trust some huge tech-attempting retailer with access to your home?"

"Some people have security concerns about IoT — some embrace it as the ultimate answer to a more convenient and relaxed lifestyle."

14 Comments on "Will customers give Amazon the keys to their smart homes?"

Amazon has confounded expectations in other areas — like Amazon Prime — and may do it again in this case. There are good reasons that some customers may want to opt for in-home delivery … but I would doubt that we’d see wide adoption. There are already security concerns around IoT, and adding strangers with physical access to the mix seems prone to problems. I’d predict only niche adoption.

It’s hard to believe this is real. If so, there are always some that will accept it. However, it’s just a bad idea on so many fronts. Aside from having lockers, signature-based deliveries and essentially a private last-mile delivery force that can deliver at an agreed upon time as options, leaving packages on porches is still a viable methodology. Not sure what the thinking here is, so it sounds like yet another headline grab more than anything else.

I completely believe that this is a concept that could see wide adoption. Airbnb has helped in resetting the idea of what personal space means and blockchain technology will allow for secure, immutable, one-time access to home IoT locks. Delivery person tracking and home tracking (cameras, mobile device and presence sensors) will play an over-the-top role for auditing behavior. Insurance will cover the rest.

Shawn, I think you make even a bigger argument against this idea. By your description, receiving a package should entail the consumer implementing huge security efforts and systems and the responsibilities/liabilities that go with them. That is technology for technology’s sake and a great argument for traditional brick-and-mortar shopping. Airbnb hosts choose to turn their home into a “business” (not without risks that they assume), which is completely irrelevant to a customer receiving goods.

Ken, the technology will be seamless, of course. I mention Airbnb from the emotional aspect of allowing strangers into your home, not for functional reasons. Amazon is a trusted brand; this will extend to a service like this. I guess we’ll see.

I may trust Amazon, but do I trust every delivery man as a result? Never. Can’t imagine any consumer ever extending brand trust that far.

Gotta love Amazon’s never-ending desire to get the shopper what she wants when she wants it. But I don’t think many consumers would really opt for letting some stranger open their locked home to drop off a box. Local grocery stores or other retailers could easily put up package lockers and offer pickup or after-work deliveries. There are many creative solutions that don’t have as much downside risk.

Trust Amazon — those are two words that do not mix. Is a delivery at home really so critical that you need to trust some huge tech-attempting retailer with access to your home? No dice. The element of America that begins to go IoT for too many home access processes will be the group that all the good hacking and robbing teams go after first. And they are easy to find with old WPA beacons — smart homes that advertise they have a protected network and an alarm system tied to it and a cable modem handling it all. No complex radio-signal driven alarm stuff here with cell or satellite alerts. Please break in! Please close the window after the Amazon package is dropped off. Do not wake the Airbnb visitors. Thanks!

My reaction is: you want me to do what? While there may be some very trusting people out there I doubt that there are enough to make this concept account for even a small portion of Amazon deliveries.

There have been numerous recent news articles about how hackers have accessed all types of IoT home devices. If hacked, this process would not only provide potential access to sell a package that has been delivered but possibly access to the home at other times.

Sharing homes and apartments is the new normal and for myself and many others Amazon deliverers are not a significant security threat. Sure, there will be some crimes that can be connected to Amazon’s in-home delivery, but that’s what insurance is for. Like the fears around getting into a stranger’s Uber these fears will eventually melt away for the majority.

I agree, William. The tech revolution and millennial values have harkened a sharing economy. Opening one’s doors to a delivery person from a trusted (and yes, we do trust Amazon) company is something many shoppers wouldn’t think twice about. Millennials and Generation Z have a more communal “normal” than our predecessors.

Some people have security concerns about IoT — some embrace it as the ultimate answer to a more convenient and relaxed lifestyle. Some won’t trust a delivery person with an access code to their house — but a significant percentage already trust a maid service with access to their house. Or a part-time caregiver for the elderly. Or a child-care aid. In-car delivery is already happening in a number of European tests by Volvo, Audi and Mercedes-Benz. Our cars are somewhat less personal than our homes, granted. But in-car delivery still involves trusting a system of technology and people. In-home will be a higher hurdle but it will happen.

This is a “haves vs have nots” issue. And that’s not uncommon in tech these days — as a lot of tech companies seem to be having to dig far beyond the mass market in order to find stories to feed investors.

The idea starts with an assumption that people have a smart home — a restriction that fits 25% or less of the population. And having a smart home is income related.

Then we narrow further with finding the niche market willing to trust a delivery guy inside their home … well, the potential market narrows.

For my household, this is a complete and utter non-starter. Why? Common sense. My wife doesn’t hear a knock. So a delivery guy enters my home to put the package on the table. She comes out of the shower and is surprised by them in our home. It ain’t gonna happen.

Doesn’t mean some companies can’t make some money off it. But like so many delivery theories these days, that means it’s getting more PR headline action than it deserves.

Amazon customers love Amazon. Amazon drivers or delivery agents are likely to have all their movements monitored. Fewer people care about privacy. More people would rather trust others than be inconvenienced by staying at home or going out of their way for deliveries/collections. And, as others have said, there’s always insurance. I think there are a lot of people who will think this is just another convenience that they deserve.

Braintrust
"I completely believe that this is a concept that could see wide adoption."

"Is a delivery at home really so critical that you need to trust some huge tech-attempting retailer with access to your home?"

"Some people have security concerns about IoT — some embrace it as the ultimate answer to a more convenient and relaxed lifestyle."