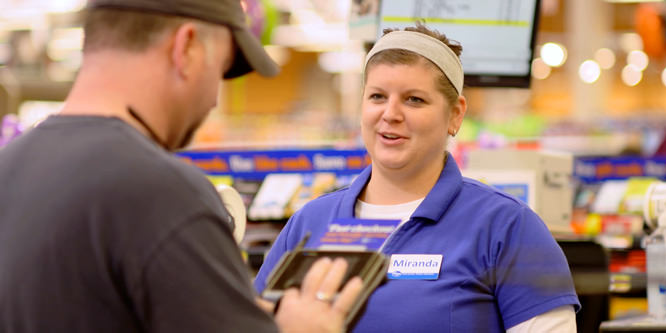 A decision by Kroger to drop double coupons and senior discounts along with a switch to lower everyday prices in its Nashville region is big news to customers who shop in stores affected by the new policy.

Promotional go-to’s such as coupon doubling, senior discounts and BOGO (buy one, get one) offers are commonly used by grocers that rely on a high/low pricing strategy to drive traffic and turns. Unfortunately, these very same practices often train customers to shop for promotions, putting further margin strain on the supermarkets.

Kroger is positioning the move as a way for more customers — beyond seniors and cherry-pickers — to benefit from lower prices The new policy will go into effect on March 15 and affect 96 stores in parts of Tennessee, Kentucky and Alabama. Other Kroger divisions in Atlanta and Memphis have previously dropped double coupons. Alabama stores in the Nashville region have also discontinued double coupons.

“Only a very small percentage of our customers double coupon,” Melissa Eads, a Kroger spokesperson, told The Tennessean. “And with the increase in digital coupons, not as many people use paper coupons any more. They are just so much easier and digital coupons have never been doubled.”

The Nashville region previously cut its senior discount, available on Wednesdays, from 10 percent to five percent in 2014. The program, which is available to anyone 60 years old and up, matched Publix, which continues to offer the perk to older shoppers.

DISCUSSION QUESTIONS: Are promotional offers such as double coupons and senior discounts still useful in driving traffic and turns in today’s competitive grocery market? What are the best alternate strategies for supermarket operators?

Please practice The RetailWire Golden Rule when submitting your comments.
Braintrust
"Perhaps in today's competitive environment the decision is not an either/or strategy but a combination of both. "

"I’m not sure that double coupons are that much of an incentive. But I would miss my senior discount on Wednesdays."

"...the depth of discounts should be tailored to specific customers who are, or could become, loyal to the retailer..."

Kroger has had a reputation among extreme couponers because of their double coupon policy for some time. Given Kroger’s recent investment in advanced analytics, I suspect they’ve looked at their data on coupon redemption and found that outside of these extreme customers, very few actually leverage this policy and few will miss it. Ultimately, if extreme discounts and coupons are what drive customers to your store, you’re playing in a race to the bottom from which you’ll eventually have a terrible time recovering. Shoppers can become easily trained to wait for these super discounts and avoid shopping with you until they get them. Better to wean them off now while you still can!

Kroger, like most retailers, needs to determine its key target markets and the accompanying pricing strategy, but it is very difficult to talk out of both sides of your mouth. However, social media does provide more opportunities for the customization of offers. The underlying question is, is Kroger EDLP or Hi-Lo? The risk with Hi-Lo has always been that promotional funds tend to reward customer behavior which is at odds with the chain’s overall image and profitability. Perhaps in today’s competitive environment the decision is not an either/or strategy but a combination of both. Consider the king of EDLP, Walmart, which still offers a fair amount of its famous rollbacks. I would not bet against Kroger. The company’s performance over the last 50 plus quarters has been unmatched in both food retail and the overall business environment. Plus, it appears that Kroger’s pricing experiments seem to be taking into consideration the rising competitive marketplace in which Publix is quickly becoming a major competitor, especially in those areas where the Kroger-owned Harris Teeter operates. Finally, Kroger,… Read more »
3
|
0
-   Share

The empowered consumer (being one myself) will begrudge a reward for loyalty being withdrawn. The smart marketers at Kroger have surely projected the cost of reduced loyalty as their location becomes but an option as patrons vote with their feet and wallet. Customers have longer memories than future-focused, office-bound marketers might realize. As the discount “campaign” (what else can Kroger now call it?) that wooed patrons is over, some alternative points of value must also be offered or existing ones communicated. I am the biggest fan of providing better in-store experience over margin reduction programs. Experience has high value for traffic and conversion.

I’m not sure that double coupons are that much of an incentive. But I would miss my senior discount on Wednesdays. The local senior homes bus people to Kroger and Publix on Wednesday and the stores are packed. I can’t see Kroger giving that up here in Atlanta given the competition with Publix.

Well the other states can give it a try but Senior Day in Arizona is big. The stores are packed and seniors wait for it every month. From the data they pull from this region I am confident that they will stick with their pricing and discounts — it is the only way that they keep up with Walmart and Safeway and the up-and-comer Sprouts. Scottsdale, AZ is a popular market for retailers. A mix of ages — with more and more nearing retirement age.

We all remember a unilateral move similar to the one we see here by retailer J.C. Penney. As I recall, the plan cost the company dearly and rendered its author from famous to foolish. Perhaps the age of final lowest price is finally here. This would certainly cut checkout time and costs, maybe for reasons not sought after (like fewer and fewer customers). There might be a couple businesses not immune to the benefits for this plan like dentist offices, church memberships and of course state government businesses with tax structure and codes like the kind that moved Nestle from California to Virginia. We all know that price, checkout time and ease and delivery/out-of -stocks drive traffic into a retail environment of any kind. This should be the direction of a retailer that is focused on turn to make an acceptable profit. No lines, no shortages and the greatest incentives in the market sell. Success relies on strategic improvements and not surgical reductions and removal.

With the rise in personalization, retailers should be looking at which promotions are most valuable to their most loyal customers. The products that are promoted and the depth of discounts should be tailored to specific customers who are, or could become, loyal to the retailer and who will value discounts on specific products. Offering a blanket discount to seniors will make sense if the retailer has analyzed their customer data and determined that those seniors are loyal, valuable customers and by offering them a discount they will secure a greater share of their spend or the longer-term loyalty of the customer. But in general I am not a fan of providing blanket discounts for a group of shoppers based on a simple metric — of all retailers, Kroger is well placed to analyze their customer data and determine which customers would most welcome discounts, irrespective of age. Taking this type of approach will avoid wasting investments on customers who do not value the specific discounts being offered and allow Kroger to focus their finite investments… Read more »
0
|
0
-   Share

Kroger dropped double coupons in the Columbus, OH market a couple years ago. Kroger never had a senior discount here to my knowledge. But my memory is that Kroger only did it after Meijer stopped. Giant Eagle still doubles coupons up to 99 cents. I am sure Kroger loses some business to Giant Eagle for that reason, but overall, once Meijer quit it was probably an easy decision for Kroger. Kroger runs a lot of “Buy X number of certain items and get $Y” promotions that start with a sale price that is only made better by this deal. I suspect that is at least partially funded by the vendors. Where I reside, an extreme grocery shopper can easily cherry pick Kroger, Giant Eagle, CVS, Walgreens, Target, Aldi, Walmart, and Dollar Stores with not a whole lot of effort. Add to that Sam’s and Costco and it is a wonder anyone makes a profit. One Kroger benefit — their Scan Right Guarantee. If it rings up wrong, it’s free up to $5. I think their… Read more »
0
|
0
-   Share

I am more concerned with the brand perception that Kroger doesn’t care about the value shopper. Coupons and discounts lure an audience that may turn elsewhere if they lose those privileges. Look what happened to J.C. Penney when it dropped its coupons in 2012 and sales dropped dramatically. Macy’s did the same years before, and it, too, restored coupons. Part of the excitement for die-hard shoppers is the thrill of getting a deal. Kroger may turn away this segment of audience and, with higher prices than some competitors, it may lose seniors as well, and that is still a huge market … and a market with buying power. To combat this, Kroger will need a consistent pricing strategy that lowers prices across the board in order to overcome the perception that they are not simply more expensive that could occur from dropping the double coupons and senior discounts.

Braintrust
"Perhaps in today's competitive environment the decision is not an either/or strategy but a combination of both. "

"I’m not sure that double coupons are that much of an incentive. But I would miss my senior discount on Wednesdays."

"...the depth of discounts should be tailored to specific customers who are, or could become, loyal to the retailer..."