Will its massive jobs announcement change public perceptions of Amazon? 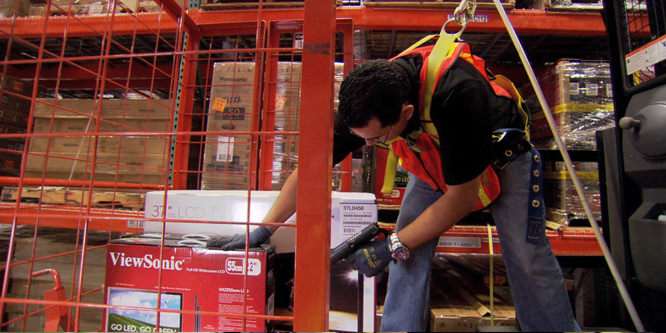 Amazon.com hasn’t always gotten the best press when it comes to its work environment. As with Walmart in the past, the e-tail giant has been criticized as well for putting other retailers out of business and killing jobs. So, will yesterday’s announcement that Amazon plans to create more than 100,000 new full-time jobs with full benefits over the next year-and-a-half begin to change negative perceptions of the company?

“Innovation is one of our guiding principles at Amazon, and it’s created hundreds of thousands of American jobs. These jobs are not just in our Seattle headquarters or in Silicon Valley — they’re in our customer service network, fulfillment centers and other facilities in local communities throughout the country,” said Jeff Bezos, founder and CEO of Amazon, in a statement.

Based on news accounts, President-elect Donald Trump is taking credit for Amazon’s decision.

Sean Spicer, the incoming White House Press secretary, said a recent meeting that Mr. Trump had with leaders in the tech industry, which included Mr. Bezos, set the stage for companies to create jobs at home.

“The president-elect was pleased to have played a role in that [jobs] decision by Amazon,” Mr. Spicer said.

Perhaps a more likely explanation is that Amazon internally forecast its job hiring needs long ago, but is taking advantage of the prevailing political environment.

DISCUSSION QUESTIONS: What does Amazon’s announcement of its plans to create 100,000 full-time jobs with full benefits say about the company and its future? What will it mean for all the companies doing business with or competing against Amazon?

"It still gets to me that Amazon can continue to put retailers out of business when they can’t make a profit in retail either."

16 Comments on "Will its massive jobs announcement change public perceptions of Amazon?"

The job announcement means that Amazon’s management expects their phenomenal growth will continue. The company is a leader in innovation. It owns a 31 percent share of e-commerce revenues. And it is always experimenting with new concepts and ideas. Of course Donald Trump will take credit for this development, even if he had nothing to do with it.

Jeff Bezos is trying to ingratiate himself with Trump, as so many other corporate leaders are doing. Meanwhile, the 100K jobs will be offset by job losses elsewhere at retailers, and to increased automation. And, the Amazon fulfillment worker of tomorrow will do the job of 2 or 3 of today’s workers, as productivity increases rapidly. It sounds good, but let’s give it time to see how all these pro-Trump pronouncements play out over a longer period and what happens to the retailing industry as a whole, which is not trending well.

To all the nay-sayers who claim Amazon is all PR sizzle and no beef, well 100,000 full-time jobs with benefits is serious beef.

Their marketing department is smart like a fox. As most every other retailer was talking about closing stores and laying off employees, Amazon by default appears as the reason. Nicely played again Amazon, like drone delivery and Go store announcements at height of shopping season.

Good news for the company, although the questions of profitability will still dog them for a while. As to the negative press, clearly a lot of people like Amazon and a lot of people love Amazon. Those 100,000 jobs will not all be incremental (and I agree, Trump had nothing to do with this). It’s the same for Walmart — love them or hate them, the retailer is ridiculously popular.

High growth usually comes with consolidation rather than internal expansion — it is faster and less expensive, so the hiring announcement signals Amazon’s intentions to position itself as the utility for sales, supply and fulfillment, as it has said and behaved all along. In life and commerce, expect the expected. The business models and likely outcomes are clear.

The negative feedback about working for Amazon is largely from word-of-mouth initiated by former employees. While this is almost always unverifiable the damage continues to eat at consumer confidence. The addition of 100,000 jobs is therefore no more inspiring to a desperate job market than any other announcement from any other mega-retailer.

There will be no shortage of interest and applicants for these jobs. The employee and consumer patronage may be driven by a severe shortage of options and not a can-do leading edge company under the control of a pied piper benevolent dictatorship. Time and competitive options will be the true test of Amazon’s leadership abilities and consumer loyalty. Newer, faster and easier is the name of the information technology game. It is not difficult to disappear regardless of who or what you are in this world.

I read where the jobs will be located in upcoming as well as current fulfillment centers. This means jobs will be available in at least four areas of the country including Florida and Texas (I don’t remember the other areas mentioned). I am not sure Mr. Trump had anything to do with this. But the point is that jobs will be available in areas that need them. Amazon is moving forward with tremendous growth plans. They are a strong entity getting stronger because they give us what we want right away at a better-than-affordable price.

For one thing, it says that Amazon continues to become more and more of a fulfillment company versus a retailer in its own right. By utilizing third-party marketplace sellers for its e-commerce business and offering those sellers FBA, Amazon focuses on the areas of its business that provide profitability.

It also speaks to Amazon’s branding. Already, consumers trust Amazon to have a wide array of products at fair prices. Now Amazon is adding to its brand by cultivating an overall trust that it is a good corporate citizen. Amazon continues to blaze a trail.

Shrewd marketing and the PR impressions and good will generated are immeasurable. While partially hype, they will probably hire even more as Amazon is to the digital camera as Kodak was to photo paper.

To put it simply, the announcement puts an exclamation point on Amazon’s future growth plans in the U.S. The nature and timing of the announcement is more reflective of the political winds and in creating less acrimonious relations between the incoming administration and Mr. Bezos.

The emerging narrative of the next four years will be about job creation in America. To be part of this narrative, a company needs to be on a significant growth trajectory. To the extent that retailers close stores and layoff employees, they will be at the wrong end of this emerging trend. Stated differently, traditional comp store sales metrics will be complemented by a “job index” in which adding jobs (or at least protecting existing jobs) will be an additional pillar by which to view company performance and implied “citizenship marks.”

I like to see that most of these jobs are going toward fulfillment indicating their true business, but it still gets to me that Amazon can continue to put retailers out of business when they can’t make a profit in retail either. Nor can we chalk this up to good old capitalism. They are propping their retail up with other business ventures and taking down perfectly good retailers who can’t meet their standards. (They can’t meet them either)

Yes, the public loves them and chooses to do business with them, but would it have come to this had Amazon had to play their retail card only? I don’t mean to rant on Amazon because they made it all happen and that ain’t nothing to sneeze at. I would just like to see the playing field more level before more retailers go down.

100,000 Jobs with full benefits! In the world of retail where most jobs cap at 30 hours a week so benefits do not have to be paid, this is a breath of fresh air! Very human, like the old days. Possibly Amazon is passing the expected Trump corporate tax reductions into the lives of their employees? Smart move. Times are changing.

Amazon had become a significant recruiter at business schools like Booth at the U of Chicago. If it’s investing in technology and product development, it should be no surprise it’s also preparing to invest in staff overall. Amazon has been laying the ground work for a successful future of growth for the company and US labor without the encouragement of any administration. They’re just smart and strategic on their own.

What I am most curious about is how many of the 100,000 will be in brick and mortar retail locations? Bookstores? AmazonGo?

Redefining a warehouse position as a retail job is creative. No one does optics better than Amazon.

"It still gets to me that Amazon can continue to put retailers out of business when they can’t make a profit in retail either."