Will retailers beat back the border adjustable tax? 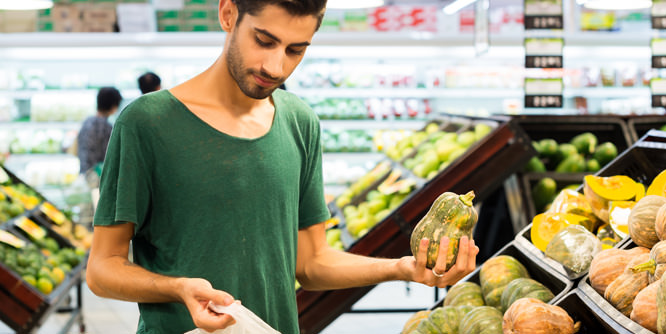 Some of the biggest names in retailing have joined together to launch Americans for Affordable Products, a campaign to defeat the border adjustable tax (BAT).

The group, which includes Best Buy, Dick’s Sporting Goods, Dollar General, Gap, IKEA, Kohl’s, Macy’s, Meijer, Nike, Payless ShoeSource, Petco, Sears, Target, Walgreens, Walmart and many other retailers and trade associations, is opposed to the BAT on the grounds that it will increase the cost of a wide variety of goods including apparel, food, medicine and other items that are part of the everyday lives of Americans.

Americans for Affordable Products charges that passage of the BAT would put the government in the position to pick winners and losers. The losers would be companies that import products along with the consumers who buy those products. The winners would be a smaller group of businesses that do not.

The Retail Industry Leaders Association (RILA), whose members include some of the largest retailers in the U.S., is among those opposing the BAT.

“The border adjustable tax is harmful, untested, and would put American retail jobs at risk and force consumers to pay as much as 20 percent more for family essentials,” said Sandy Kennedy, RILA president, in a statement.  “We are committed to working with Congress to ensure they understand the impact of this proposal and to pursue tax reform that reduces rates and benefits consumers and retailers alike.”

Proponents of the BAT argue that the effects would not be as severe as critics suggest. The reasoning is that the value of the dollar and foreign exchange rates would increase in proportion with the taxed imports.

William Dudley, CEO and president of the Federal Reserve Bank in New York, spoke last month at the National Retail Federation Big Show. He called the BAT, “a risky experiment for America.”

“I’m not of the view that import prices would go up 10 percent [and] the dollar would appreciate by exactly 10 percent so that the value that retailers pay for the imported goods would be exactly the same in dollar terms,” said Mr. Dudley.

DISCUSSION QUESTIONS: Do you think a border adjustable tax is a good or bad idea? What do you think would happen if the BAT was made law? Do you see a better alternative?

Please practice The RetailWire Golden Rule when submitting your comments.
Braintrust
"Consumers want lower prices and better jobs. BAT is not going to deliver them."

"“Border taxes” are neither “new” nor an “experiment.” Practically every country in the world has had some form for some period of time ..."

"If any jobs are brought back, they are not the jobs American seem to want or need."

11 Comments on "Will retailers beat back the border adjustable tax?"

I am not a proponent of the BAT, however, the new administration has made a campaign promise that is difficult to keep. An alternative plan to the BAT may be a negotiated settlement with Mexico that would stabilize the Peso, reduce some of the excessive costs that exporters to Mexico have to endure, financially penalize Mexico for every illegal immigrant deported back to their country and allow for gradual repatriation of the American companies back to the U.S. with penalties if they do not make a good-faith effort. Globalization is too far along for the U.S. to become too isolationist.

The BAT is a bad idea that will hurt consumers and retailers. The retail community is right to oppose it. Passing a BAT will raise prices and will not bring jobs back to the U.S. Consumers want lower prices and better jobs. BAT is not going to deliver them.

Max has summed it up in his comment. I can add nothing more to that. He has voiced my opinion and I absolutely concur. The BAT is not good for American retailers or consumers.

“Border taxes” are neither “new” nor an “experiment.” Practically every country in the world has had some form for some period of time on some sort of commerce. The U.S. has them now (what’s that tax you pay when you bring more than the allowance amount home from vacation and go through customs?). So do Canada and Mexico. So let’s skip the “it’s a dangerous experiment” hysteria.

I don’t have the economic chops to “know” if this is good or bad — but I do know we are all going to get a double ear full from people who feel they do over the next few months.

The tax proposal is part of a broader scheme to move from taxing (Net) Income to Revenue (i.e. Gross Income ), a(n IMHO) harebrained scheme that is without precedent … so “dangerous experiment” is an apt term.

As for comparing taxing a second bottle of perfume brought home from vacation to an-across-the-board 20% tariff, there’s a difference between stepping off a curb and jumping off a cliff.

I think the tax is a bad idea. In my opinion we could simply tax all those Walmart-to-Walmart or Western Union wire transfers from the U.S. to Mexico at about 5 percent. Last I heard Mexicans send about $100 billion a year back to their families in Mexico. Five percent isn’t going to impact anything too much and could help achieve the revenue goals needed to support the proposed projects that the tax is suppose to fund.

Looks like 83% of the people who answered he polling question do not feel this is a good idea. Lots of reason are expressed above.

Just to add an additional point. If any jobs are brought back, they are not the jobs American seem to want or need. We need jobs that create real value in relationship to the hours worked. Most of the jobs we are looking at bringing back are going to be going away because of automation.

A comment on the wall with Mexico. It is not the Mexicans that are coming across the boarder, it is people from other countries who are using Mexico as a crossing point. This is a US problem not a Mexican problem.

Right, so have Mexico build a wall on its southern border … be a lot smaller and cheaper (tongue in cheek).

You simply can not win any argument about taxes, that would make goods coming from other countries cost more. My question for everyone is, where are we going to find the revenues to fund all of our programs, if we allow stuff sent here go without any restrictions or taxes, and yet we have to pay to get our products into other countries? We need real jobs brought back, and I’m for some sense of fairness or whatever you want to call it. By the way, with the new minimum wage spikes across the country, prices will have to rise, and more automation, which again leads to fewer jobs. We are in a Catch 22 right now, and something has to give. Consumers have a “damn the torpedoes” attitude about wanting rock bottom prices, and yet at the same time people are marching in the streets for $15 hour to flip a burger. You can not have it both ways. Manufacturing needs to be welcomed back, along with trillions of dollars waiting offshore that wants… Read more »
1
|
-2
-   Share

As always, the Devil is in the details. It’s not the tax per se — or perhaps I should say it’s not JUST the tax — but the broader scheme of replacing the (Net) Income Tax with what would essentially be a Revenue Tax, all predicated on assumptions that either sellers would simply raise their prices and consumers would (still) buy the same quantities or that exchange rate movements would magically balance everything out. It’s the kind of drastic/naïve scheme that Republicans usually accuse Democrats of concocting.

You’re going to see some powerful lobbying groups gear up against this. For one, BAT would pretty much put Walmart and Target, two of the largest employers in the US, out of business. And any specialty apparel company, of which there are many, are in the same boat.

Side note: you just can’t start making things here in the US on the turn of a dime, or a decade for that matter; piece goods, hi-tech manufacturing plants, labor costs, on and on, are not things you develop overnight. If you think that, you’re living in a dream world. We need to move on to NEW manufacturing, like the Tesla plants (who can’t meet demand) vs regressing to 1965.

Braintrust
"Consumers want lower prices and better jobs. BAT is not going to deliver them."

"“Border taxes” are neither “new” nor an “experiment.” Practically every country in the world has had some form for some period of time ..."

"If any jobs are brought back, they are not the jobs American seem to want or need."