Will Target get wrapped up in fake sheet controversy? 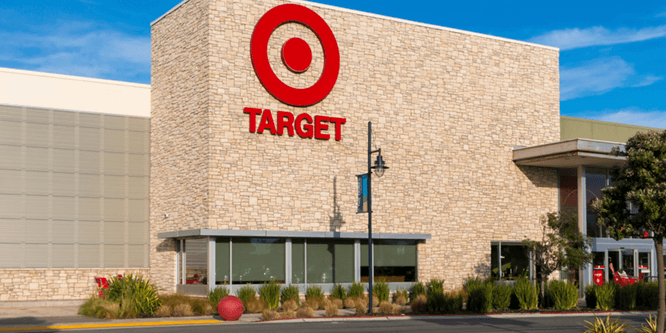 Target has announced that it will no longer do business with Welspun, an Indian manufacturer of cotton sheets, after the retailer discovered that sheets labeled as being made with Egyptian cotton were made elsewhere.

Target, according to reports, recently discovered its Fieldcrest branded 500-thread count sheets from Welspun had been mislabeled beginning in August 2014 and running through July of this year. Aside from ending its relationship with Welspun, Target has pulled all the fake sheets from its shelves and offered customers who purchased the mislabeled sheets its apologies along with refunds.

A statement put out by Target characterized Welspun’s actions as a “violation of its Code of Conduct“ as well as “contrary to the high ethical standards to which we hold ourselves, and our vendors.” The retailer pledged to continue earning the trust of its customers and would continue to work with vendors to “meet or exceed their expectations.”

The loss of Target’s business will be a blow to Welspun, which sold $90 million in goods to the retailer in the last fiscal year. The company also supplies Bed Bath & Beyond, J.C. Penney, Walmart and other retailers in the U.S. There is no word if sheets sold to those retailers were also mislabeled although it’s likely that individual chains will be conducting their own reviews of Welspun.

DISCUSSION QUESTIONS: Has Target responded appropriately after learning sheets sold to it as made with Egyptian cotton were not? Is there anything else you think the chain should do to meet or exceed the expectations of customers who purchased the mislabeled sheets?

Please practice The RetailWire Golden Rule when submitting your comments.
Braintrust
"Manufacturers misrepresent themselves (or even lie) to retailers at their own peril."

"And maybe we can even get some restaurants to tell us what kind of fish we are really eating."

"I am continually amazed by manufacturers who cut corners or misrepresent their products to retailers."

11 Comments on "Will Target get wrapped up in fake sheet controversy?"

Target did what is necessary to prevent this episode from turning into a PR nightmare. It will be interesting to see how other retailers who carry Welspun products react. Manufacturers misrepresent themselves (or even lie) to retailers at their own peril. Consumers have little taste for companies that mislead them.

Target appears to have done everything right once it discovered the deception. It dropped Welspun as a supplier, contacted its customers and told them there were no safety issues, issued an apology and refunded the money. I would say they covered all their bases.

The only problems they possibly face are the questions of why they did not discover the substitution before and how many other mislabeled products they might have on their shelves. Certainly with the issues they face in their grocery sales, having to acknowledge a mislabeled product is not a good thing.

I agree with your comment Steve, though I hope people aren’t so ridiculous as to berate Target for “not discovering the deception earlier.” You can’t spend your life suspicious and distrusting of everyone and everything … unless you’re a survivalist and are self-sustaining out in the wilderness somewhere. Then you have only God to blame which won’t get you far. Trust me, I’ve tried it.

Sometimes people you trust (vendors or relatives) let you down. Thinking you could have avoided that by having perfect insight and knowledge in the past is illogical. In playing hockey you quickly learn to keep your head up … but you’re still going to get hit.

Target has done the right thing! Let’s hope all retailers will step up. And maybe we can even get some restaurants to tell us what kind of fish we are really eating.

Target did respond well. I haven’t heard any other retailers responding. If you are getting 500-count thread of anything, that should be the best selling point. Why mislead? I wonder if Walmart would refund customers for the American-made products not really made in America.

I am continually amazed by manufacturers who cut corners or misrepresent their products to retailers. Between constant QC checks and consumer dissatisfaction the risks to the business are significant. There are also legal ramifications to consider when these decisions are made.

Target could offer discounts on replacement bedding for their customers over and above the refunds to further build good will and insure dollars are replaced rather than refunds only.

Target did the right thing. 100 percent! Target wants to be a retailer the consumer can trust. This shows that they follow a code of conduct that protects the consumer (as well as them). The way they handled this is a case study in the right way to handle this type of situation. Other retailers can learn from this. And in the end, it benefits the consumer.

In my opinion about 90 percent of the products are misrepresented. Target did the right thing. Shareholders probably disagree. They came clean about the credit card issues, failure of Canada, going nowhere in grocery and now cotton sheets. Most big retailers have their share of dirty laundry but Target is always the first to air it out. I have got to admire their honesty.

Absolutely. This sort of saves face but still bad that they didn’t do their homework.

Well maybe an “A-” and however well the issue may have been handled AFTER it was discovered, there will inevitably be questions as to whether or not it should have been discovered earlier and whether or not their vetting of vendors is adequate.

And that, unfortunately, is the problem when you’re like Target (i.e. no longer everyone’s darling): even if you’re ultimately found innocent, people (still) ask questions.

Yes, coming clean and removing the manufacturer and offering refund is the right thing to do and appropriate. It would have hurt a lot more if it is a private label item, but given it is a third party, I think consumers will just move on.

Braintrust
"Manufacturers misrepresent themselves (or even lie) to retailers at their own peril."

"And maybe we can even get some restaurants to tell us what kind of fish we are really eating."

"I am continually amazed by manufacturers who cut corners or misrepresent their products to retailers."