Will third time be the charm as grocer changes loyalty program again? 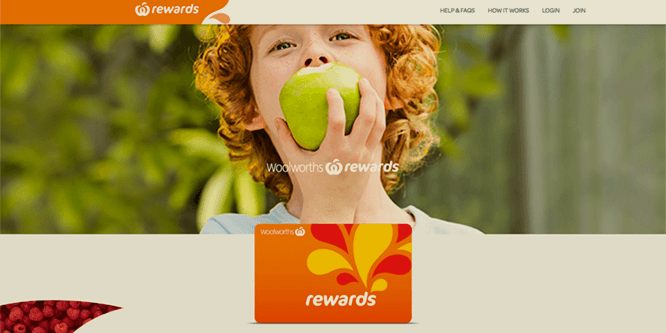 Setting up a loyalty program that effectively keeps customers happy without giving away the farm is a balance retailers always have to consider. It’s one that Australian supermarket Woolworths has had severe difficulty finding, as it is now retooling its loyalty program for the third time in response to customer dissatisfaction.

Things got complicated for customers and Woolworths alike when, in October of 2015 according to The Australian Business Review, the supermarket first revamped its loyalty program. The old program, based on a relationship with Australia’s Qantas Airways, allowed members to accrue frequent flyer points. The Qantas points program was scrapped in favor of a program called Woolworths Dollars, which moved away from discounts tied to a third-party. Woolworths Dollars allowed the accrual of points only on select, orange-stickered items, good for in-store discounts. In response to social media outcry, Woolworths reneged and made Woolworths Dollars transferable into Qantas points at a rate of 10 Woolworths dollars for 870 Qantas points. That was the first backpedal.

In late August, Woolworths will replace the current system with a “Woolworths Points” program, which rewards customers with one point per dollar spent on any item in-store, according to Australian Business Traveler. When customers reach 2,000 points by spending $2,000, they can convert their points into either a $10 discount or 870 Qantas points. Purchases at Caltex, a gas station affiliated with the supermarket, and liquor retailer BWS, also count toward points.

In a discussion on Australian Business Traveler, users PatD and Mark77 noted that the old program privileged big transactions, while the new one rewards cumulative spend. Many of the other comments were skeptical of Woolworths’ move.

The numbers back up the unpopularity of Woolworths’ pre-August iteration of its loyalty program, with only 41 percent of respondents surveyed in June said that their rewards program offered good value, according to news.au.com.

The chain has been struggling with issues other than its loyalty program. In July, Woolworths CEO announced that he would be closing 30 underperforming stores, selling a recently acquired online business and cutting parts of a planned $2 billion restructuring attempt according to Australian Financial Review.

DISCUSSION QUESTIONS: Where do you think Woolworths went wrong with its loyalty program and can the most recent restructure help renew customer confidence? Should retailers acquiesce to customer dissatisfaction with loyalty programs as Woolworths has? What can other retailers learn from the move?

Please practice The RetailWire Golden Rule when submitting your comments.
Braintrust
"With so many good loyalty programs in the world, you would have thought that Woolworths would have figured out what's good and what's bad."

"Retailers need to understand their shoppers’ relationships with their loyalty program and make changes carefully. "

"It appears that Woolworths’ recent false starts with their loyalty program structure has more to do with their own internal financial issues..."

7 Comments on "Will third time be the charm as grocer changes loyalty program again?"

The ostensible purpose of a loyalty program is to keep your customers loyal. If they don’t like the program, its utility is, at best questionable. With so many good loyalty programs in the world, you would have thought that Woolworths would have figured out what’s good and what’s bad — I know there are companies that do this for a living. Maybe they should ask (did they?) their customers what they want in a program or test out a number of concepts that make financial sense first.

Customer feedback on loyalty programs indicates that the programs must deliver valuable benefits and be easy to use. Woolworths has misjudged customer reactions to its program changes and now faces a third complex and unpopular transition.

Retailers need to understand their shoppers’ relationships with their loyalty program and make changes carefully. To ensure successful transitions, retailers can solicit customer feedback in advance of program changes and roll out the changes carefully on a limited basis.

Loyalty programs can be a slippery slope. Many big retailers have them and most consumers could care less, since they see little value other than discounts from high-low pricing schemes. Woolworths wanted to shift the focus of points from Qantas to their stores. It didn’t work. Perhaps Woolworths should have scrapped the loyalty program entirely and focused on its core business.

If I were a betting person, I would bet their first big mistake was going with Qantas. Not because it’s a bad thing but rather because it is too good.

First, people just love to accumulate airline points. So when they switched away, that would have caused an uproar no matter what they offered in replacement.

Second, they should have asked.

It appears that Woolworths’ recent false starts with their loyalty program structure has more to do with their own internal financial issues than negative feedback from their shoppers. Loyalty programs in the food sector in general are under pressure to be worth the bother, given the plethora of programs in the marketplace and the heightened expectations shoppers have of such initiatives. Air miles can be a powerful secondary currency if the carrier is dominant in terms of flights in the retailer’s trading areas and has a reasonable miles-to-free-flight conversion rate. However, carrying un-redeemed points or air miles on the retailer’s P&L can become a detriment to profitability without a consistent and corresponding lift in sales. To that end, many of these continuity programs begin with promising results but eventually become a financial burden to the retailer without evidence of incremental sales. If I were Woolworths, I would go back to basics. Providing immediate gratification without multiple steps, secondary loyalty partners or messy redemption models, blending their merchandising promotions and pricing with their loyalty rewards so… Read more »
1
|
0
-   Share

Retailers must first understand, clearly define, and then share internally the goals of their loyalty program. There must be a purpose, given the effort, resource utilization, and cost of program. Prior to the program launch, the brand must also ensure that there is perceived benefit to the consumer. This benefit can take many forms — discounts, early access to a new line or sale, or even inclusion into a special event. No matter its substance, it needs to have value to the consumer. If it doesn’t, consumers will show their displeasure and the business will be forced to either change the program or cancel it — neither of which are great outcomes. Ideally, a brand either knows or obtains the rewards that would make consumers excited. If they do it well, the program will provide years of insights for the brand.

Braintrust
"With so many good loyalty programs in the world, you would have thought that Woolworths would have figured out what's good and what's bad."

"Retailers need to understand their shoppers’ relationships with their loyalty program and make changes carefully. "

"It appears that Woolworths’ recent false starts with their loyalty program structure has more to do with their own internal financial issues..."