Will Topshop discover the next big wearable device? 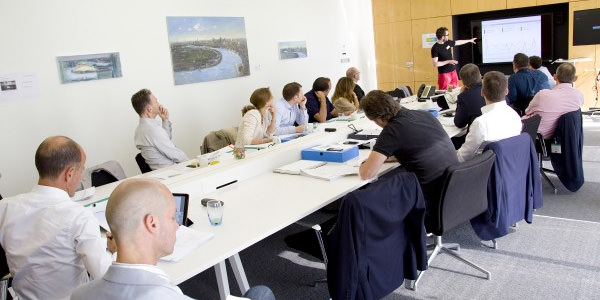 Over the past few years it has become commonplace to see Fitbits and other health trackers on the arms of even the least tech-savvy consumers. The quick rise of these products to ubiquity demonstrates that consumers have no problem accepting a wearable device into their wardrobe if it fills the right need. Now, with its startup accelerator, British apparel retailer Topshop hopes to find, co-develop and sell the piece of smart clothing that becomes the next big thing.

Topshop’s initiative, called Top Pitch, is soliciting startups developing products that advance technology in the fashion industry, according to Business Insider. Top Pitch will offer the creators of the most promising wearable device the opportunity for an equity share and may sell the product in Topshop stores.

Topshop is not the first retailer to look for a high-tech hit by soliciting pitches from startups.

British department store John Lewis is for the third year running a startup incubator in search of new high-tech products. Last year the retailer funded four of its five finalist startups, according to V3. The CEO of last year’s big winner, a peephole monitor for smart-home front doors, called Peeple, told V3 that the partnership had helped turn the startup “into a global company.” The Peeple website shows the product as being the winner of the 2016 SXSW Innovation Award for Privacy and Security (however, the site still lists the product as available for preorder).

Big name U.S. retailers have likewise been putting together startup incubators as part of the search for the next retail tech hit.

Walmart is hosting an event called the Technology Innovation Open Call in October, according to Fortune. The winning pieces of technology will be guided down the path to full production and appear on Walmart’s shelves.

Target, which has already shown an avowed interest in in-home tech with its Target Open House one-off concept and in wearable health trackers with its connected health section, has also started a tech incubator. Retail Dive reported in March that the company already had 500 applications to participate in the program, which only has 10 openings.

DISCUSSION QUESTIONS:
Is it likely that the next big wearable device will come through an apparel retailer like Topshop’s startup incubator? Do you see tech product incubators as worthwhile investments for retailers?

Please practice The RetailWire Golden Rule when submitting your comments.
Braintrust
"The next big wearable device will come from a small company or start up, not a major retailer."

"Who knows? Incubators for a totally trending area seems a waste. Why? If people want electronics in their clothes, is that what you want your brand known for?"

"As other panelists say, most retailers can’t handle the high failure rates of startups."

7 Comments on "Will Topshop discover the next big wearable device?"

The next big wearable device will come from a small company or start up, not a major retailer. Large companies are not innovative enough or nimble enough to develop break-through products. Rather they have the funds to take an idea, make it a reality and then properly distribute and market it.

If retailers are willing to accept at 90 percent failure rate, incubators are worthwhile investments. 90 percent of products developed by incubators will fail. It’s the remaining 10 percent that could be a gold mine. This philosophy runs counter to almost every big business, but it’s the one that moves the new products needle forward.

Who knows? Incubators for a totally trending area seems a waste. Why? If people want electronics in their clothes, is that what you want your brand known for? Better for Topshop to cut a deal with Under Armour and co-release.

This smells so trend driven that a for sure crash and burn is coming for many of these “track me, I love privacy ” brands. Millennials whine about personal info tracking of any type when it comes to terrorists and the CIA/NSA yet they are will to share their locations, heart rate, weight and almost any other personal body data with many fitness tracking services.

Retail trends that peak and then go up in smoke #324.

Not sure given Topshop is more in the distribution and branding than technology product development. As other panelists say, most retailers can’t handle the high failure rates of startups. I can see a few items being tested in certain stores around smart-clothing and accessories, but risking a failed startup product on a full-store rollout is too hard on the brand.

What I love about this is that retailers are putting themselves out there to listen and learn. That is what it’s all about these days. What do consumers want that they didn’t even know they wanted. Why not tap into that innovative maverick group out there and see what they will come up with?

Great idea, but the question still remains, can they afford the high failure rate? This calls for a very different model than the traditional retail R&D. (Which most retailers don’t have anyway….)

This may not be a trend but at least it is a good thought and start. For my 2 cents.

Relying on a clothing designer to come up with next big thing in wearable tech is like expecting your eye doctor to redesign Google Glass.

It really doesn’t make much sense. Topshop knows fabrics, sewing, clothing fit and drape. And they have a ton of knowledge around how to sell these items to consumers.

I’m inclined to say yes, a retail incubator that sources the best startups may be in a better position for a breakthrough product than startups trying to go it on their own, especially with the tightening venture capital markets.

A smart move by these retailers and their advisors would also be a patent search. As you can imagine, the patent market in this space is exploding. One area to consider is that many conventional wearables are made of elastomer materials to permit bluetooth transmission. These materials can absorb bacteria and cause skin rashes. But new patents cover transmission from metal objects such as jewelry, and can be incorporated in metal objects as part of smart homes and other Internet of Things solutions.

Tech accessories — including wearables — which were originally used purely for function, have now taken a leap into the world of fashion. Because of this, apparel retailers have a chance to break into the wearable space and steal a share of the market through startup incubators like Topshop’s.

While an investment in a tech product incubator has a chance to pay off in the long run, it comes with a big risk. Consumers may be hesitant to invest in a device from a company that isn’t an existing leader in the tech space. When form and function converge, it tends to be with companies who have a proven track record of being at or ahead of the curve for design. As a result, I foresee consumers still turning to companies like Apple and Samsung — who have mastered both form and function — for purchases, at least for the foreseeable future.

Braintrust
"The next big wearable device will come from a small company or start up, not a major retailer."

"Who knows? Incubators for a totally trending area seems a waste. Why? If people want electronics in their clothes, is that what you want your brand known for?"

"As other panelists say, most retailers can’t handle the high failure rates of startups."